The other day I was able to observe a Willow Warbler collecting insects and returning to a location where it was feeding young. I was shooting these images from good natural cover and would not have been disturbing the activity. That said, I didn't hang around very long.

As there were large trees nearby I could actually observe the parents catching insects on the leaves of the trees and returning to the location where I can say from observation, that there was at least three young being fed.

The first image is of the parent catching insects.
Its surprising how many they collect in their beaks in one session. 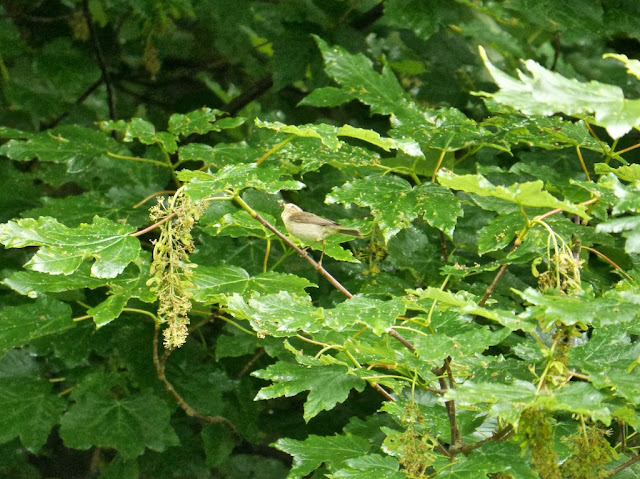 This parent below is entering thick bush under a wall where I believe there was at least two young birds waiting for food. 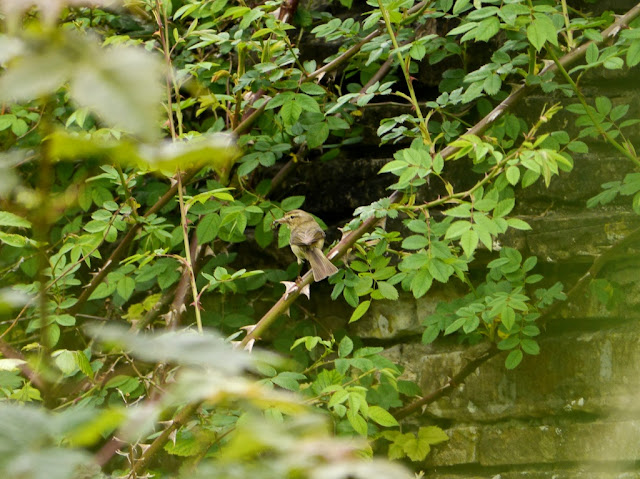 One of the parents landing spots below prior to entering the thick bush. 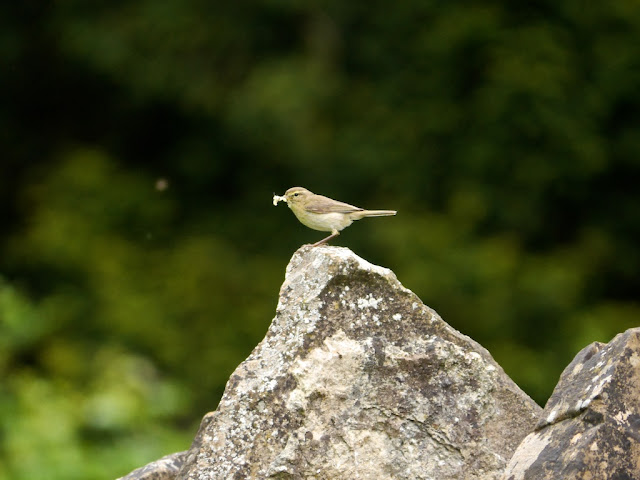 At all times near the location the parents would conduct a short peeping call, which I assume was some form of communication for the young. 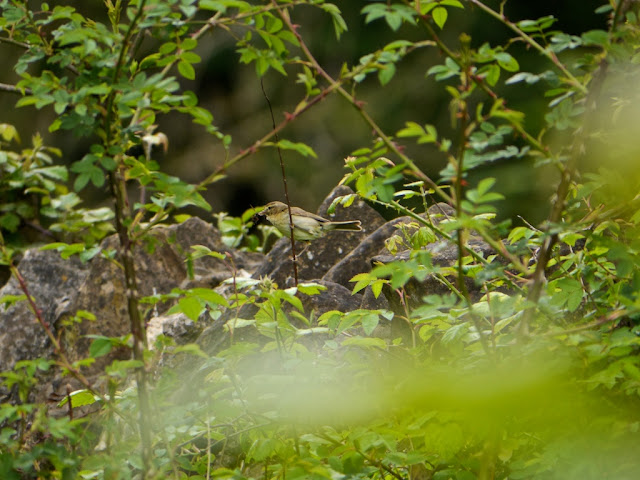 Another spot where the parents arrived. 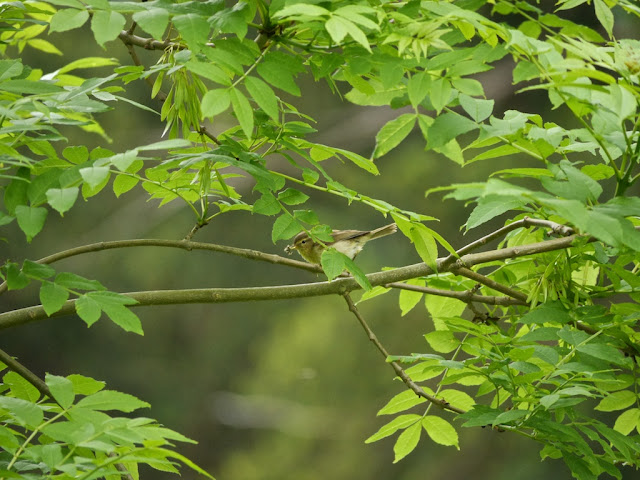 This was the young bird below that didn't get fed during the short time I was there. I think he was probably more developed and starting to become more independent than the others and decided he could sit in the open and observe what was going on.
Its another wonder of nature to think that this little bird will be flying to Africa later this year and all being well, will be back here next year. 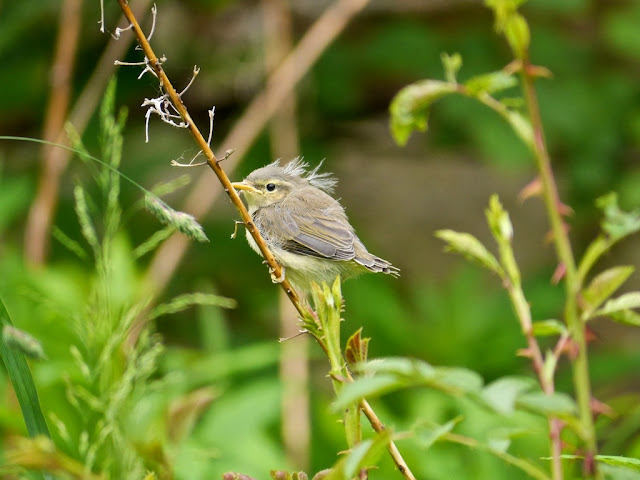 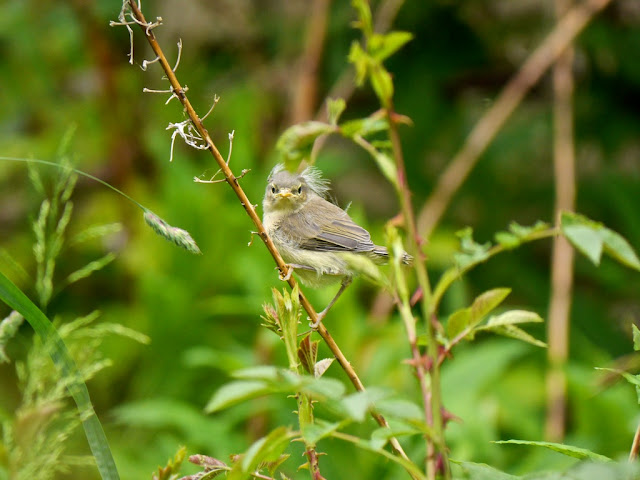 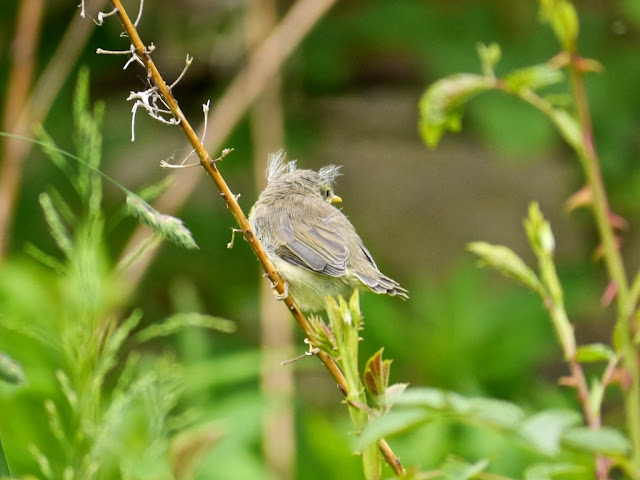 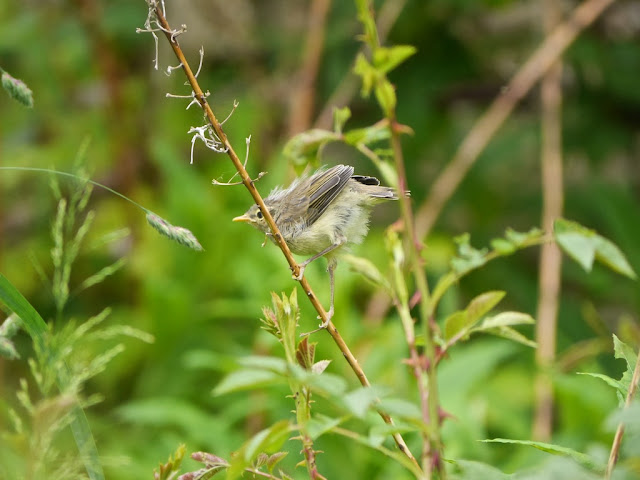