The Muntjac Deer can be found in a variety of environments around the country.
The images below are of one that I took photographs of earlier this week. There were two, but one disappeared through the hedge before I had a chance to take any shots of it. I quickly decided it was better to try and get some good shots of one rather than lose the opportunity altogether, which doesn't come my way very often. 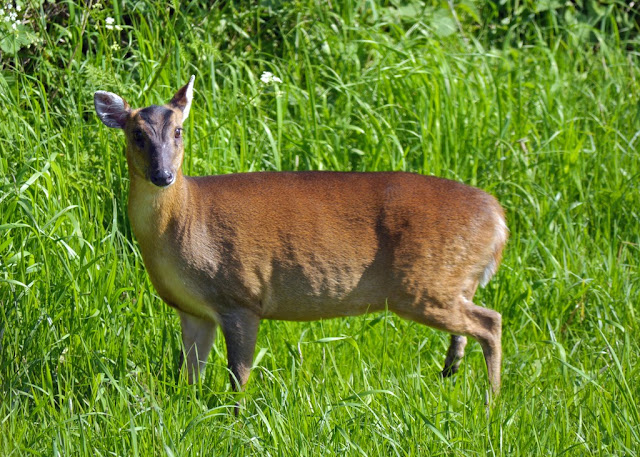 Interestingly I read that Muntjac breed throughout the year rather than any specific season.
They are also the oldest known breed of deer. There is a variety of Muntjac species throughout many countries, but the one that occupy's the British Isles is the Reeve's Muntjac. 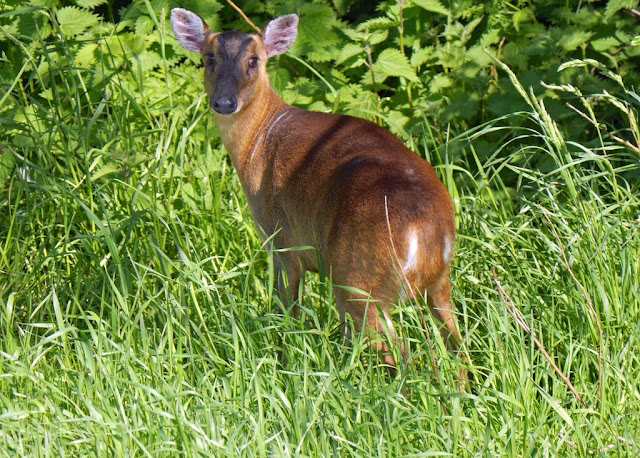 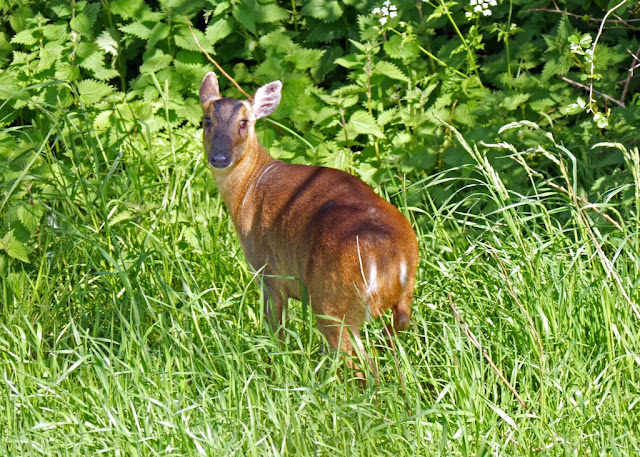