The images below are of a female 'Holly' with a wingspan of just 35mm.
The female has the dark edge stripes to the wingtips, the male is just plain blue all over the top of the wings. This species is mainly observed in England, Wales and the Republic of Ireland.
If see your first blue butterfly of the year in Spring then it is most likely a 'Holly' as they are the first of the 'Blues' to emerge. This one was flying along a woodland track with tall trees and low green bush and woodland flowers. 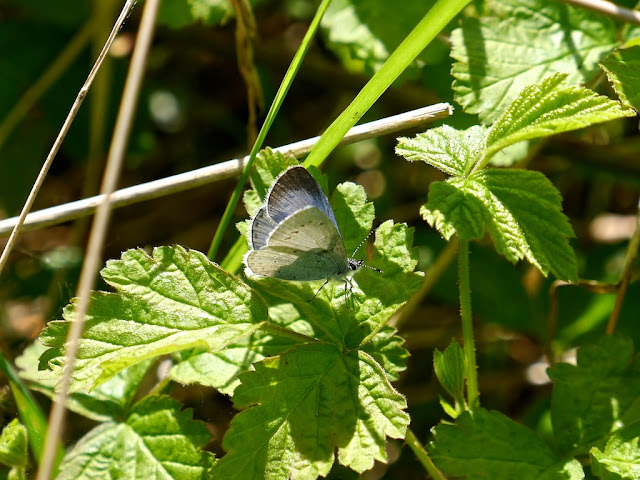 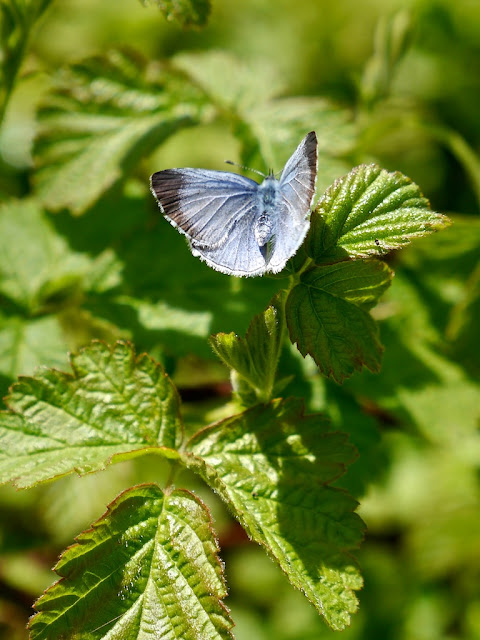 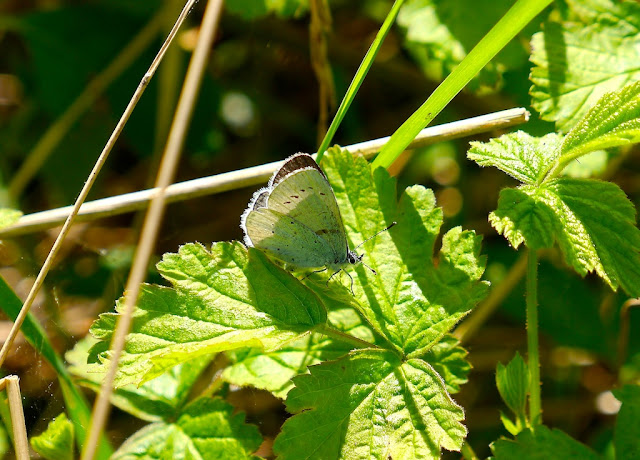 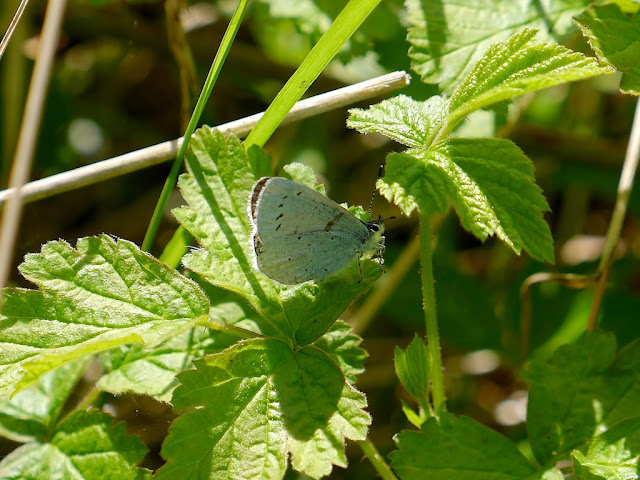 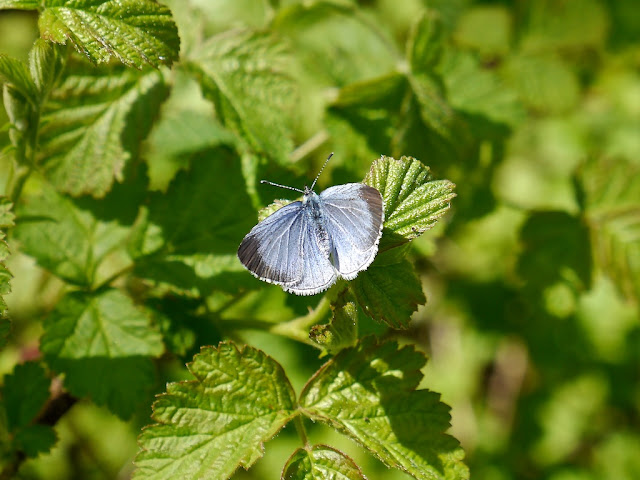 WHITE...
... is the Large White butterfly and much bigger than the 'Holly',  with a wingspan measuring from 63mm for male and to 70mm for the female.

The images below are of the female which can be easily identified because of the pair of black spots on each forewing. The male just has the black edges to the forewings.

A common species that can be observed throughout the UK.

I shot the image above and the first two below with a Panasonic Lumix 100-300mm lens. (At 300mm this lens is equivalent to a 600mm in 35mm DSLR terms.) I may have had a rant before about this, but certain Photographic websites with alleged 'Experts' that review photographic equipment give a poor write up about this lens. Maybe when they were testing it they forgot to take the lens cap off, or don't have a clue about how to use a camera. I'm a basic amateur and am more than happy with the lens and wonder who is paying these people. End of rant. 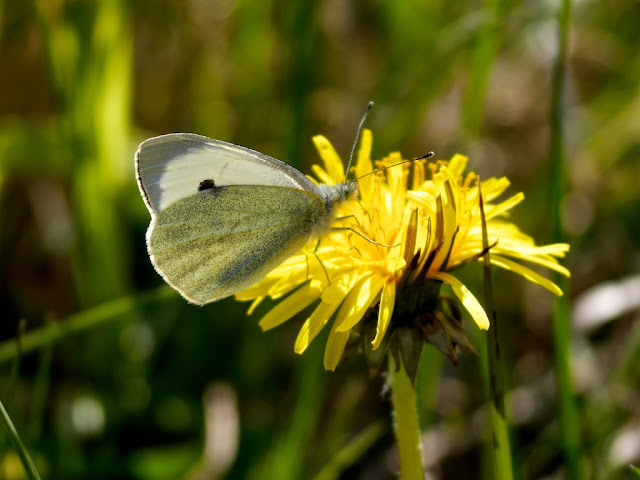 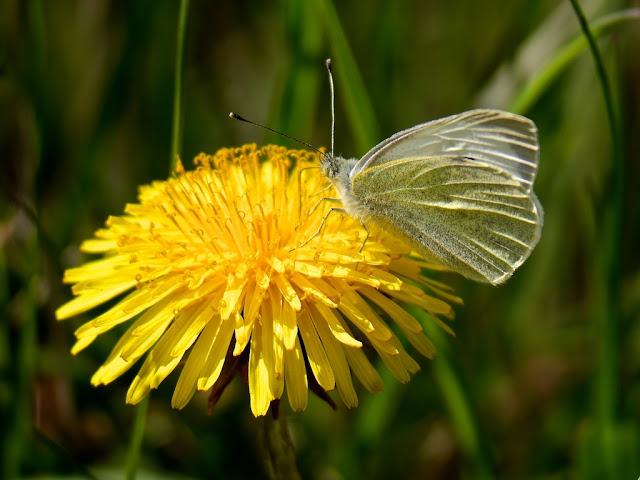 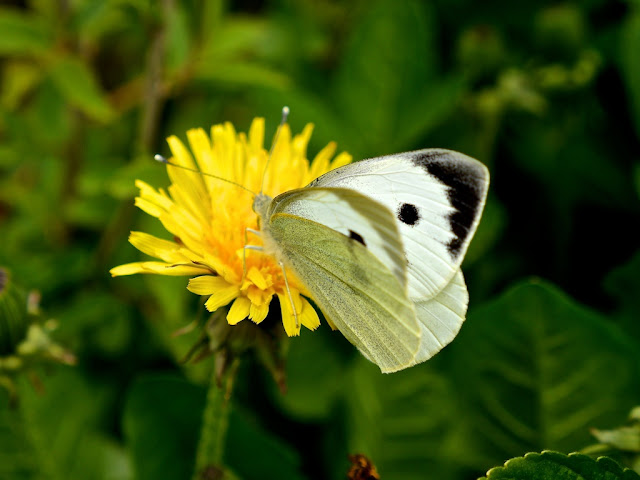