I walked into a darkened patch of woodland and heard some rustling low down on the ground ahead of me. I could just make out a Jay behind a clutch of 'Lords and Ladies'.
I started taking shots of the Jay, but at the time (because of the poor light) I had no idea what it was actually doing. It wasn't until I examined the images later that I could see that the Jay had removed the middle part of the plant and had flown off with it.

The images are poor and very noisy, but you an get the general idea from them.
Its quite surprising what various birds eat. 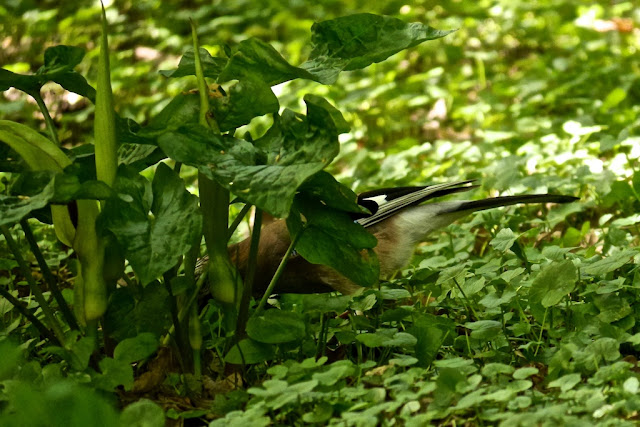 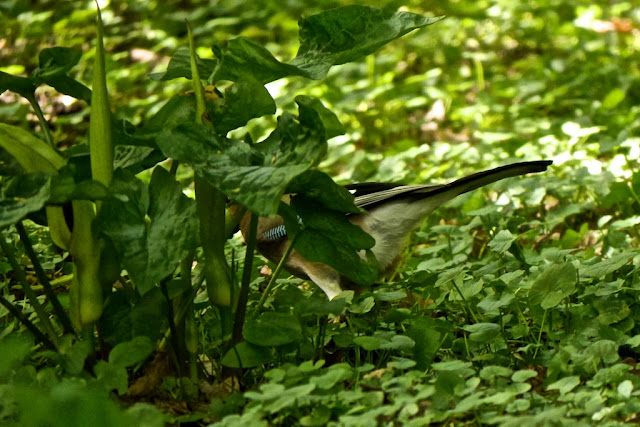 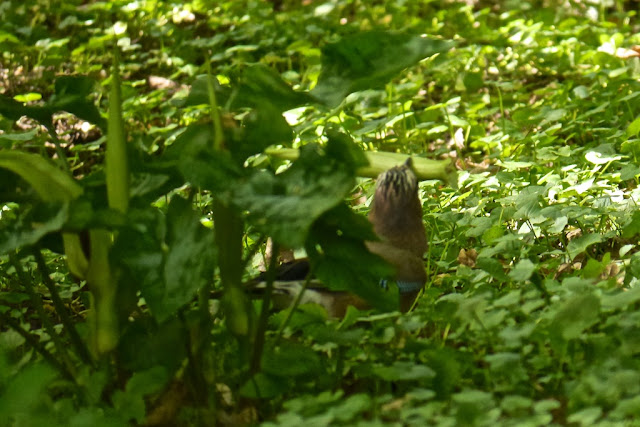 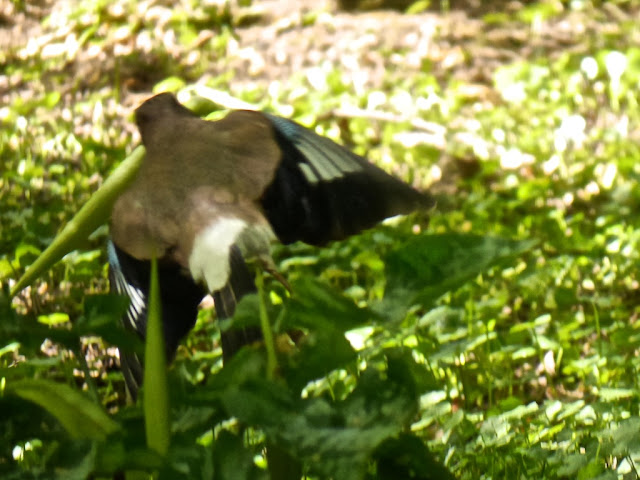