To say that a Kingfisher is a 'Target bird" of mine to get a passable image of would be a considerable understatement.

Part of trying to get a reasonable photograph of a Kingfisher is firstly knowing where they frequent and secondly trying to get near enough to them to achieve that. You would think that because they are so bright and colourful that you can find them easily. Problem is they almost always see you first and are gone like flash, in fact the blue flash is all you ever see. They detect the slightest movement.

I know for one such place in the Parkland where I walk as do my local Birding colleagues. However its not approachable without being observed by the bird. Recently I worked out a way in which I may be able to get in one shot before it flew off.  I managed to get the images below by getting into an initial position behind a bramble bush and moving forward very slowly a step at a time. I was wearing clothing that blended with the background, not that this is much help usually where the Kingfisher is concerned.

At this point I noticed the flash of electric blue as the bird dived from its perch into the water to get a fish. That was my chance to move forward another step, which was as far as I could go. I was in the open by this time. It was a matter of standing still for about 30 minutes with the camera almost in the ready position, while the bird dived every few minutes for a fish. I say bird, as I didn't know initially that I had actually photographed two birds (A Pair). The distance was such that I could only partially see a bird diving and back on to the perch and it was not always the same perch. Often the bird disappeared altogether.

Anyway, here they are.
The male is the one on the left as you look at the image. His beak is completely black where as the females lower mandible is orange-red. 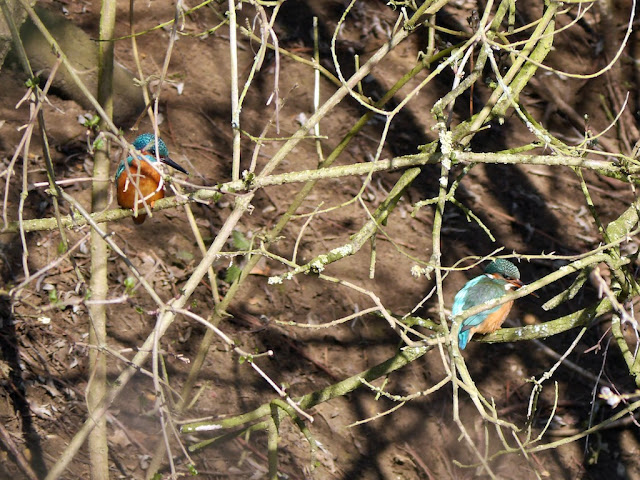 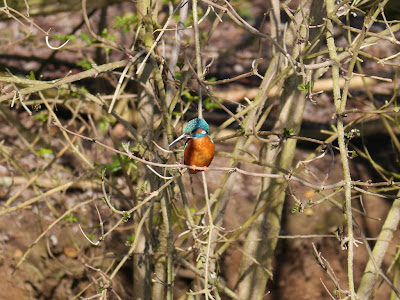 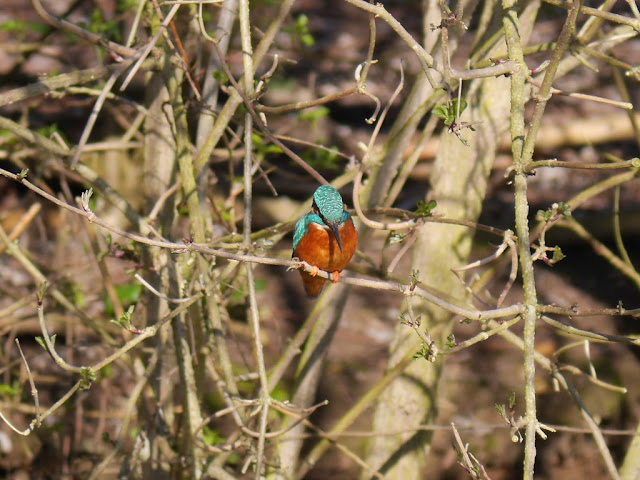 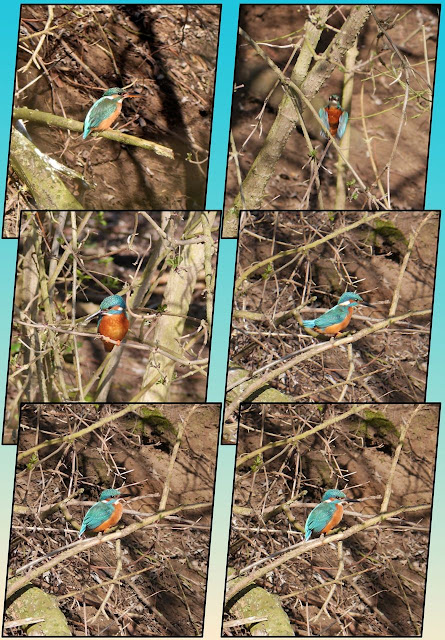 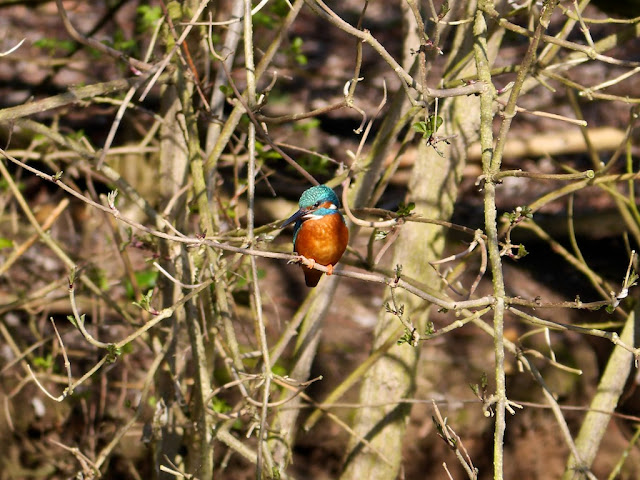 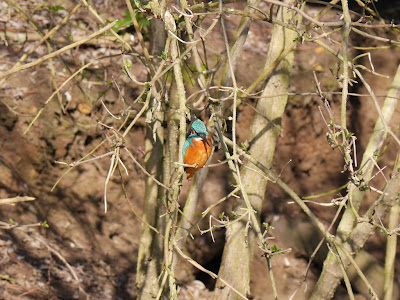 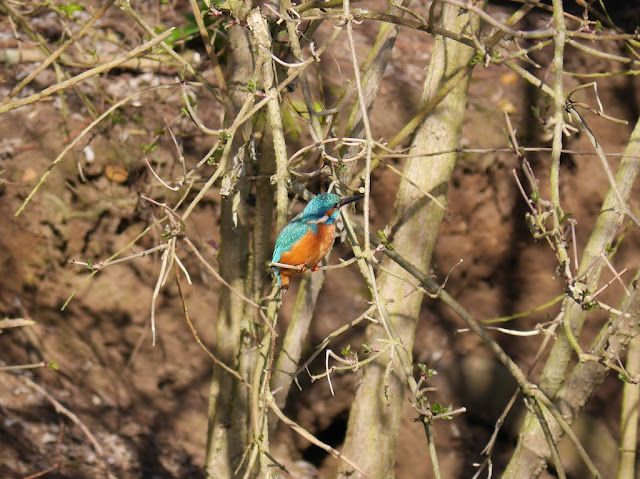 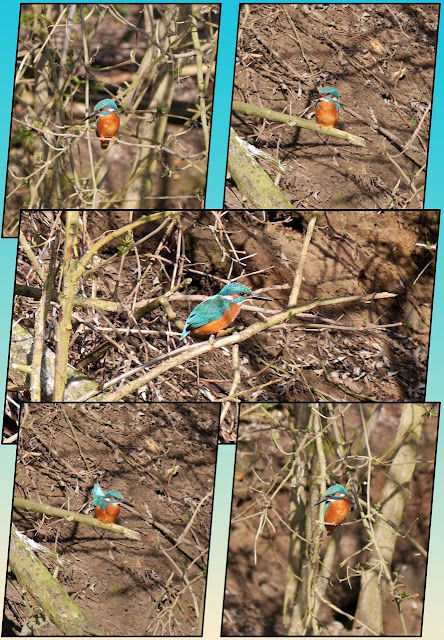 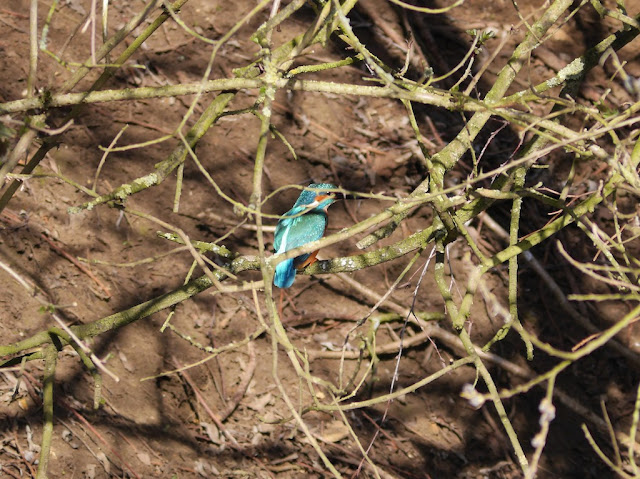 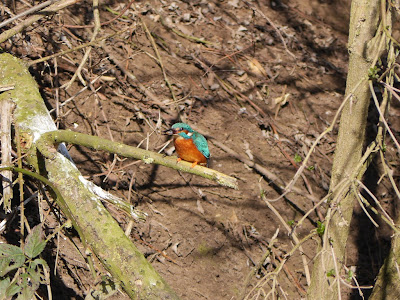 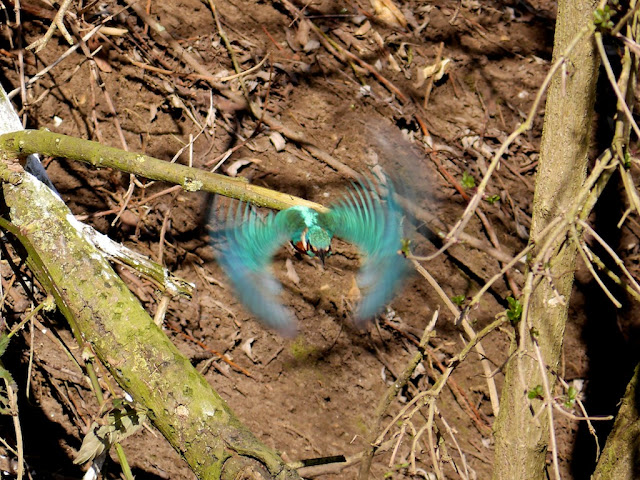 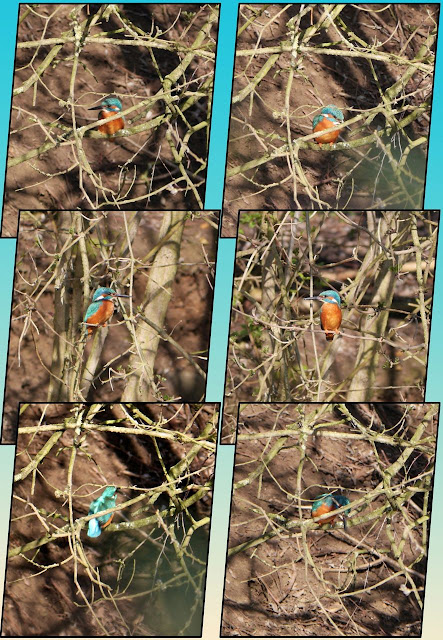 At one stage the male flew to a closer perch, but this was obscured by part of the bush as you can see from these two images below. 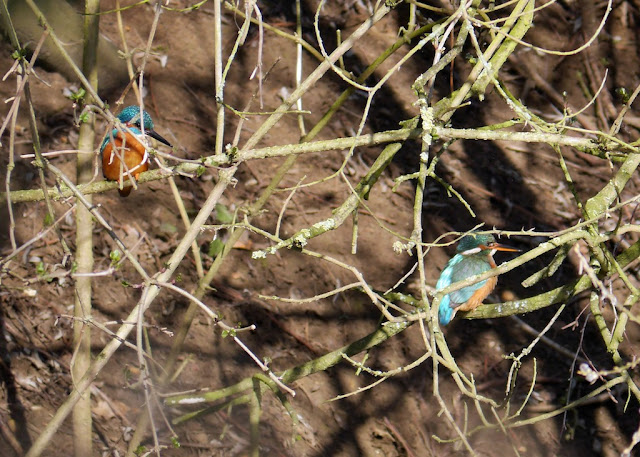