Goosander under the Radar

One did arrive, I couldn't get a clear shot though, but it wouldn't have remained there anyway. A couple of Dog Walkers descended on the immediate area. They had two dogs and to make matters worse they were wearing these high visibility lemon coloured jackets. Why people that are out for a country walk in fields miles from any roads find it necessary to wear such garments I have now idea.

Anyway the Kingfisher beat a hasty retreat, but suddenly almost unnoticed by me momentarily, a male Goosander came swimming up the stream. I was able to get some shots of it. That didn't last however as the dog walkers offending animals decided it would be good fun to race up to the edge of the water and run along chasing the Goosander off. 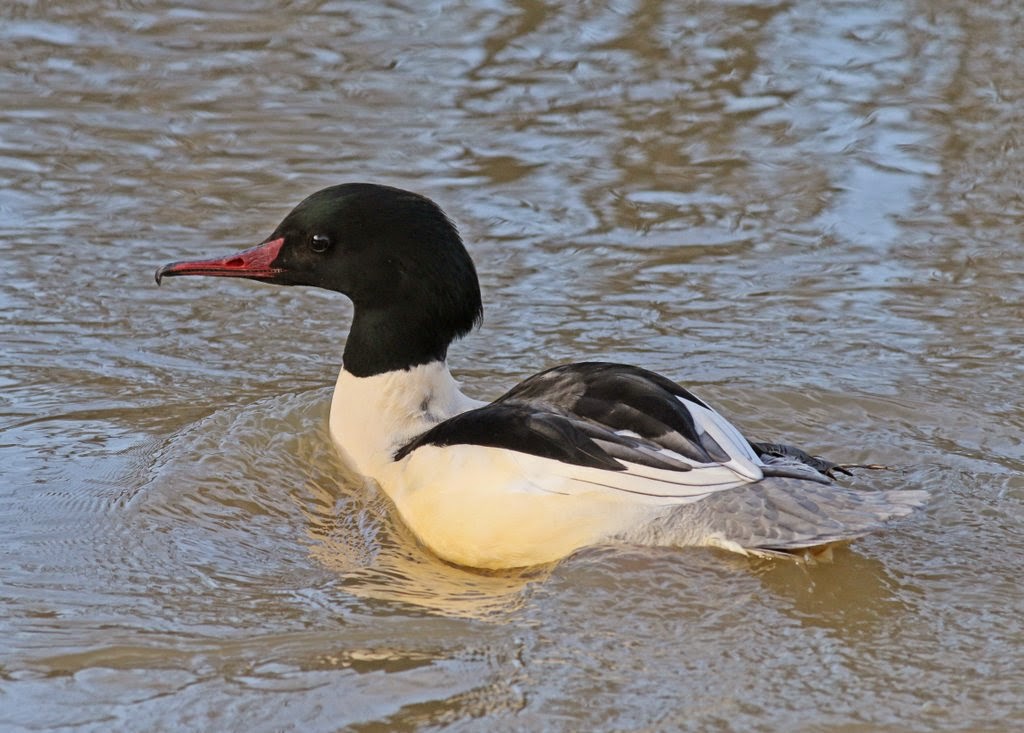 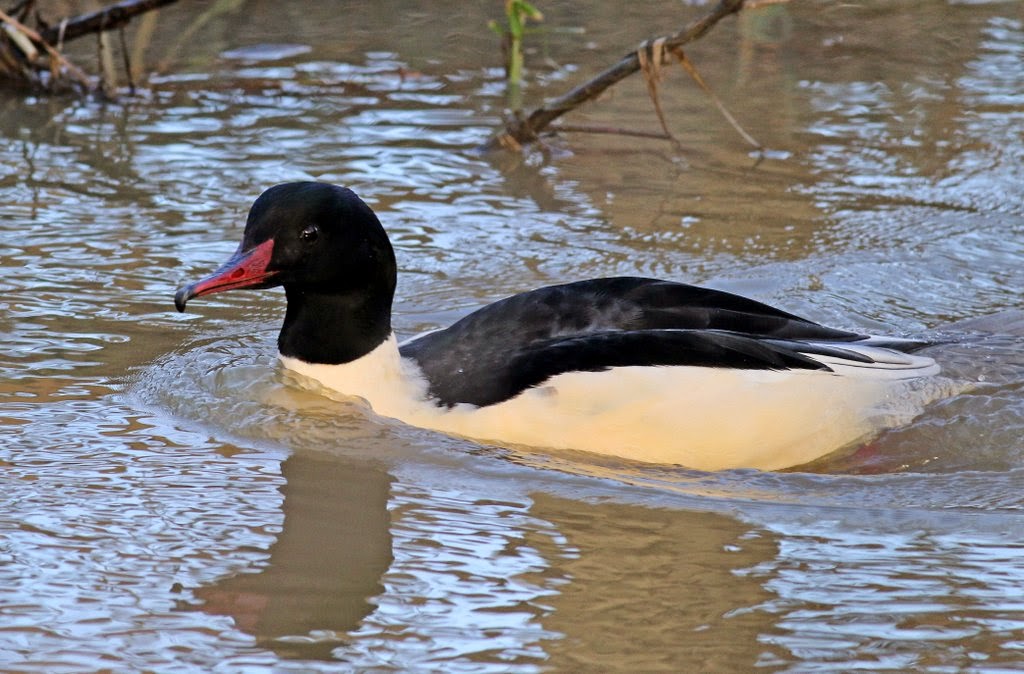 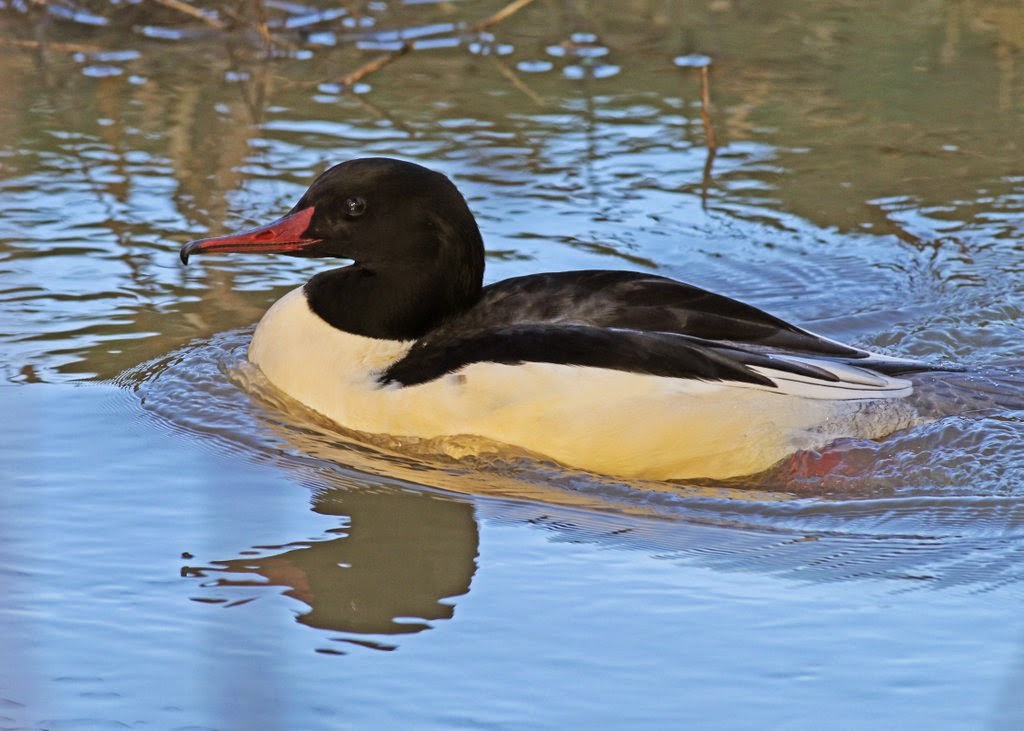 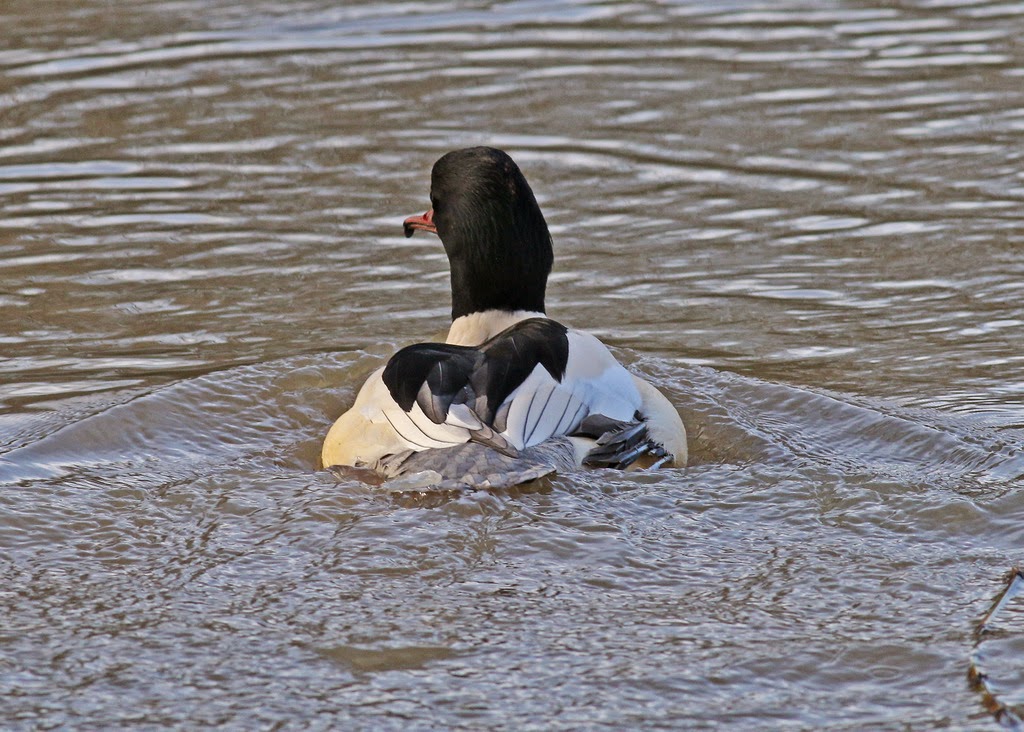 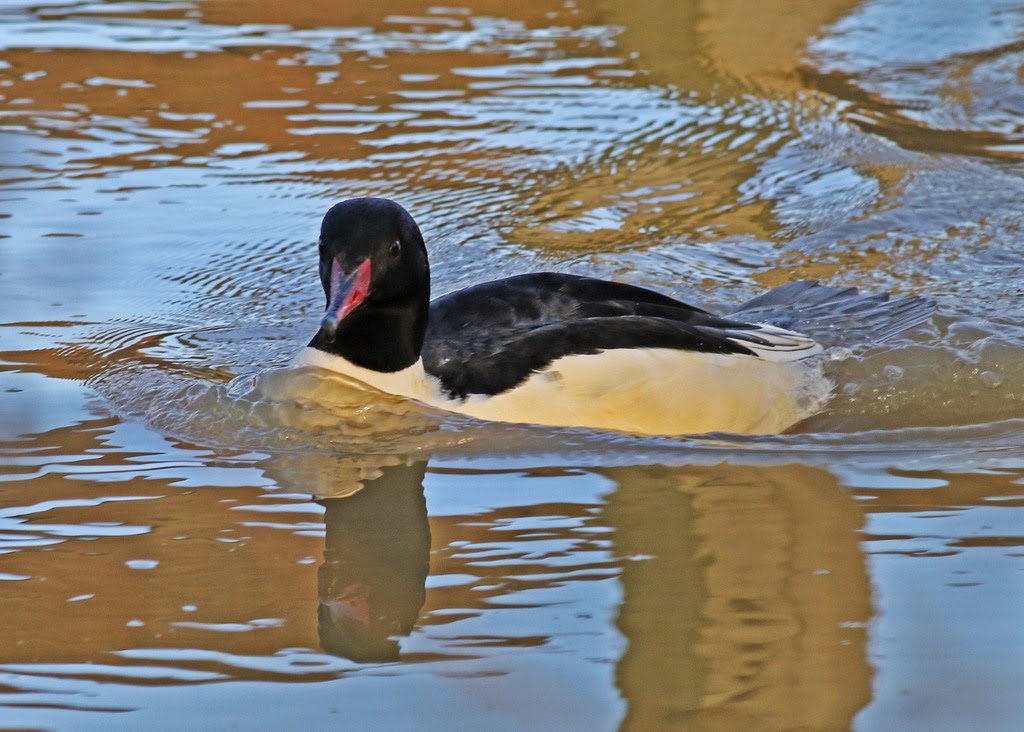 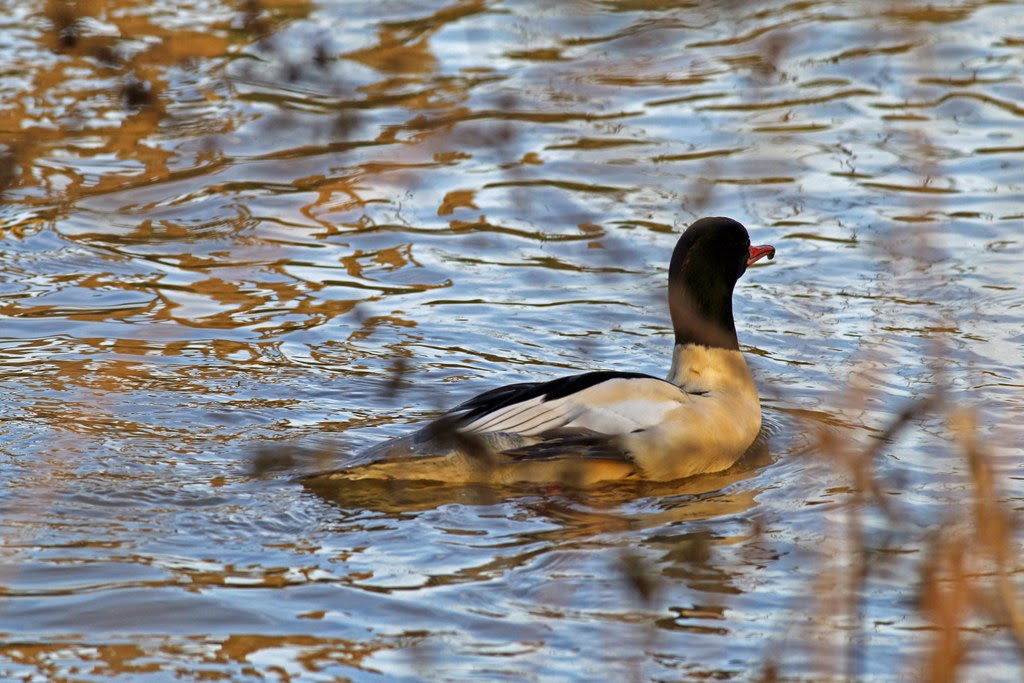