Yes, you guessed it from the title of the Post.
Yet another productive walk produced a better attempt at getting some reasonable shots of the Kingfisher.

These were taken along a short stretch of water that is a tributary of the largest lake in the Parkland.
There are secluded spots along the bank that I was able to remain covert and wait for the bird to come along. They have a habit of patrolling what is known as the Kingfisher's Beat. This can be a short distance or a couple of miles. This length of the water is about 150 metres.
About every 5 minutes or less it would move along the beat and perch watching for fish movement in the water. I believe from the appearance of the birds that there was a male and a female as some images show the reddish orange under the beak which is the female. The male's beak is all black.

You can observe from some of the images that my view was obstructed by tall dry foliage or branches of trees which leave blurs on the images. 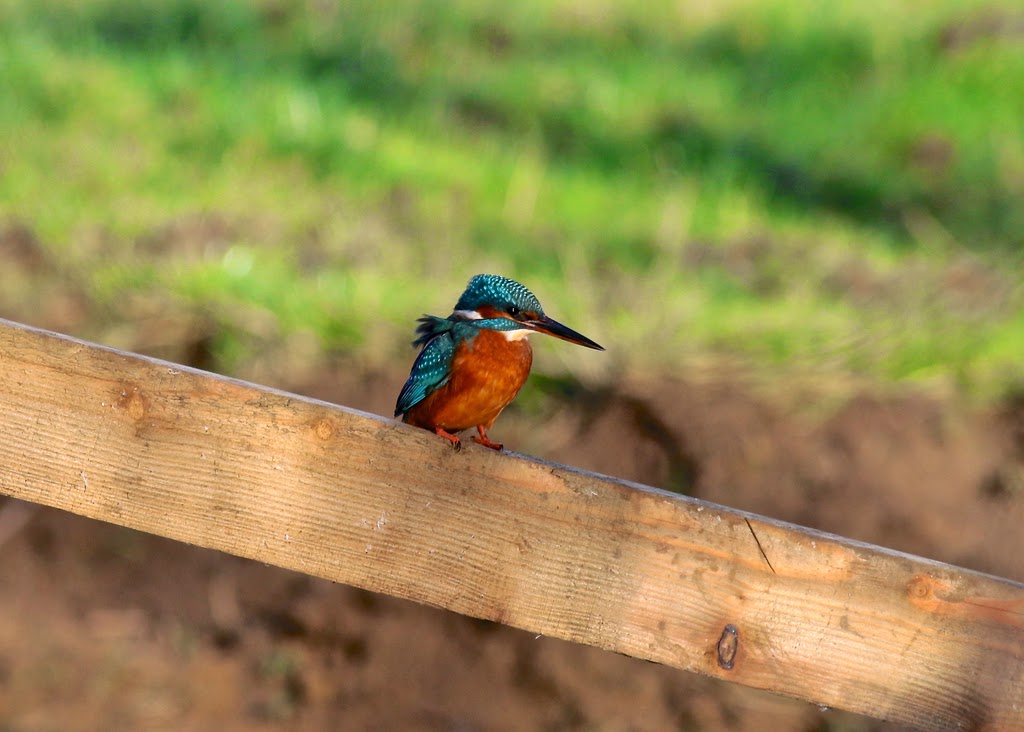 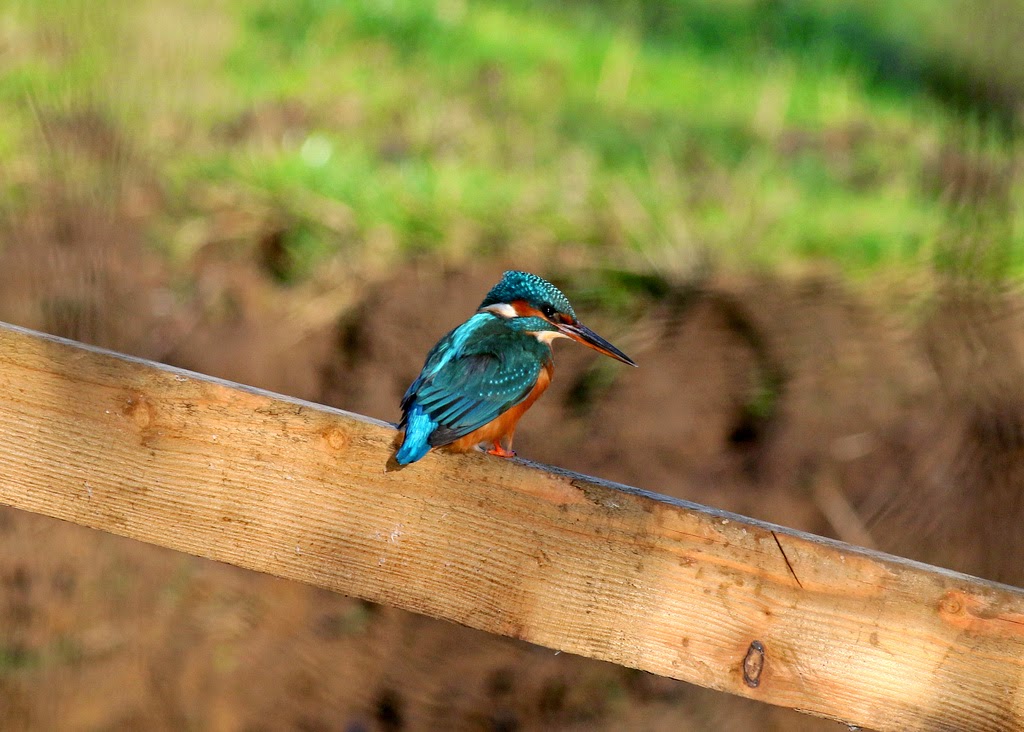 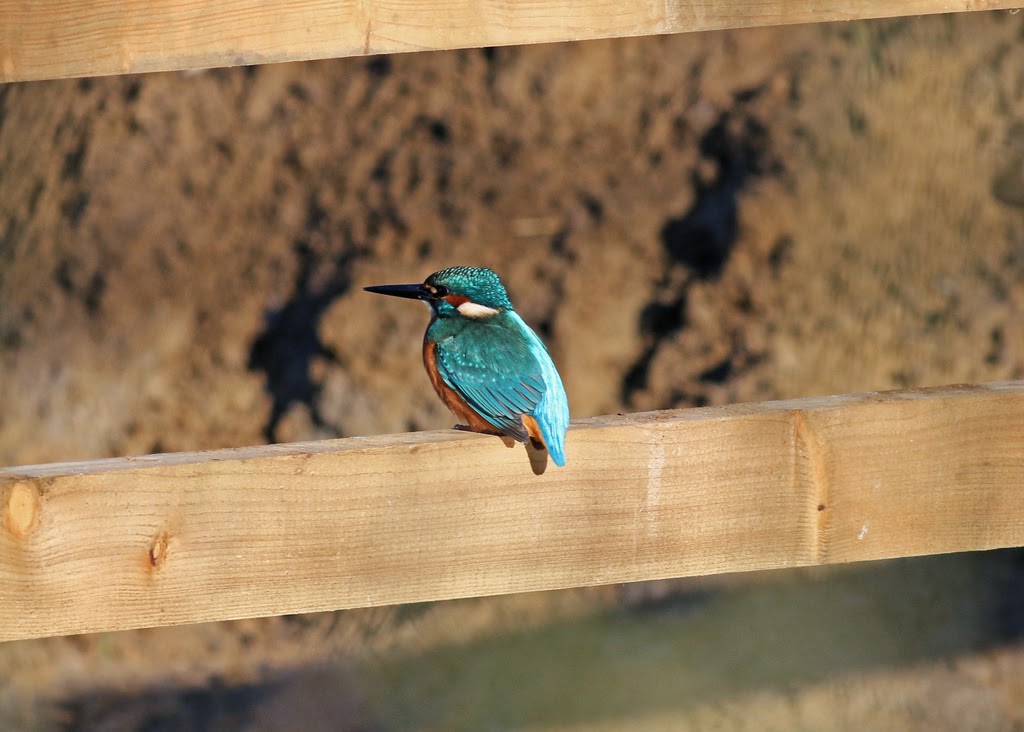 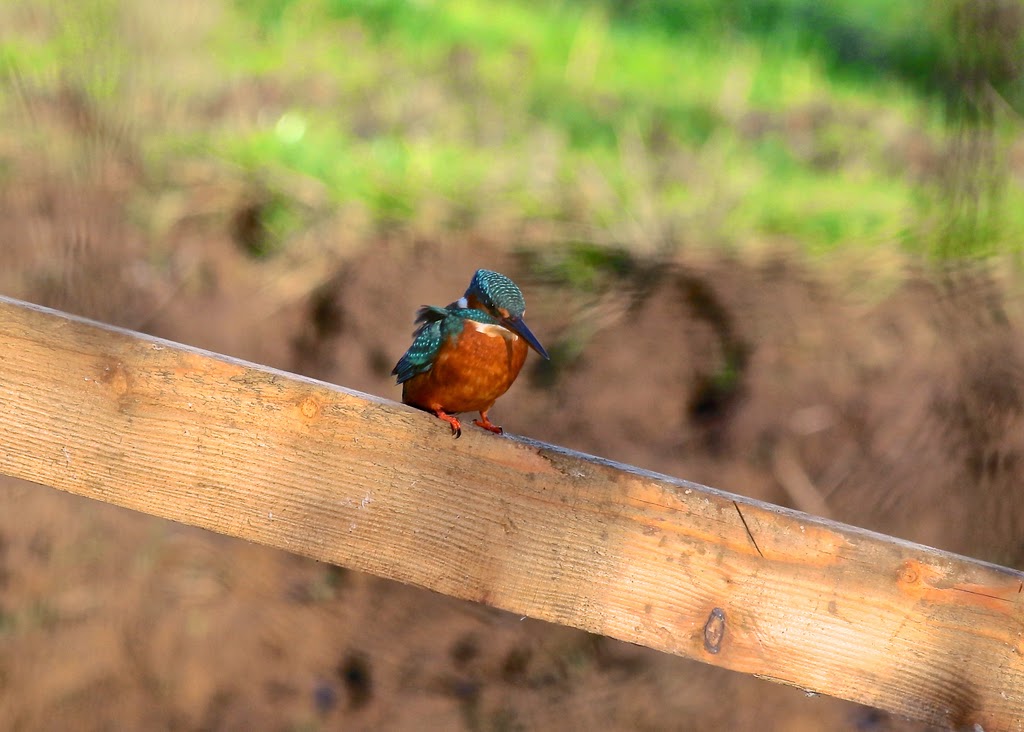 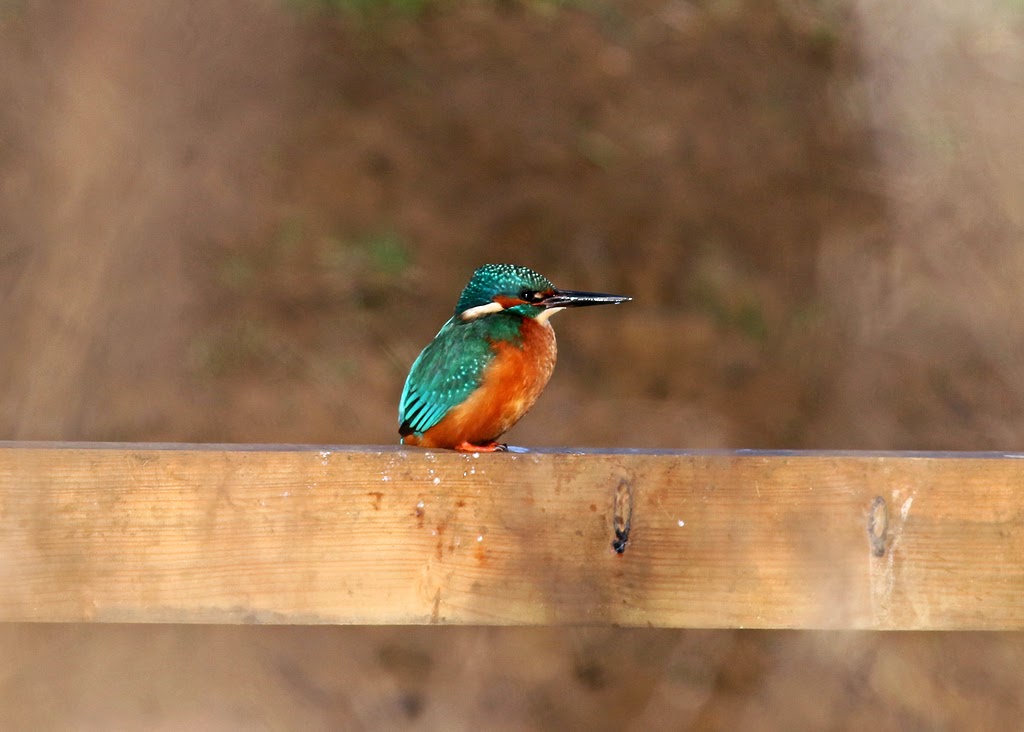 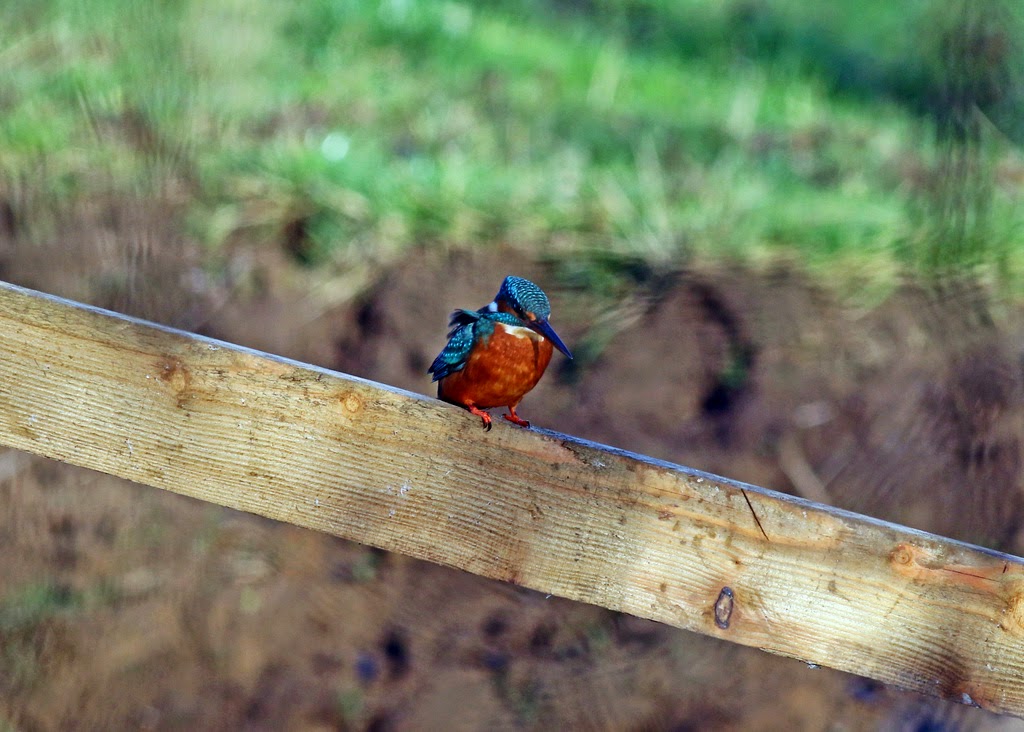 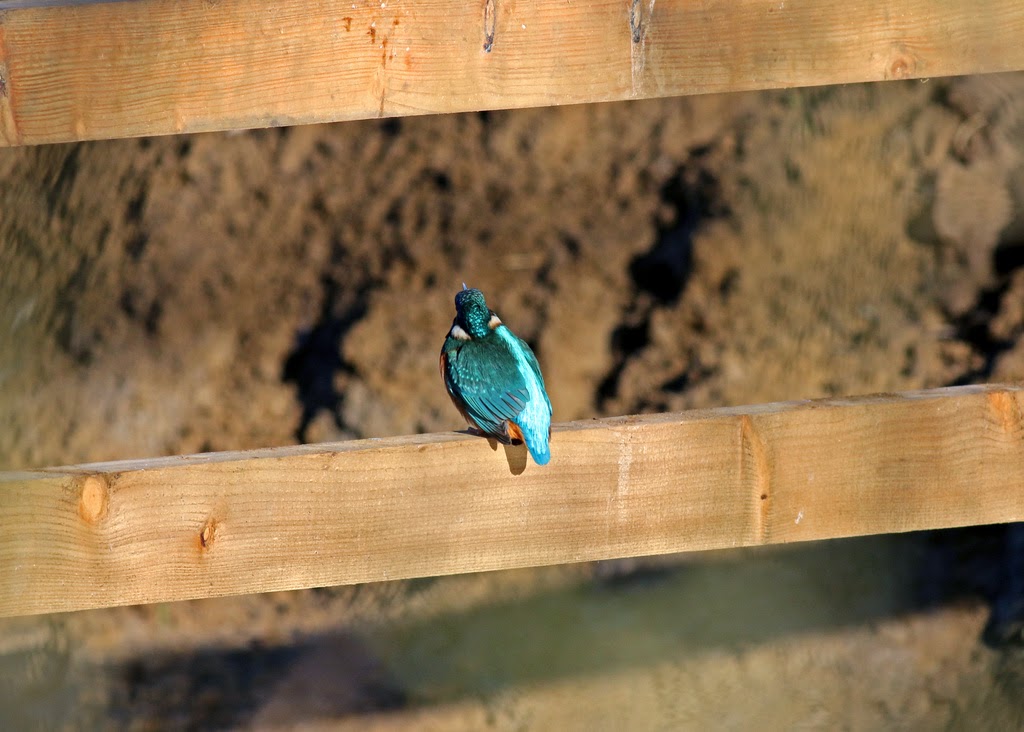 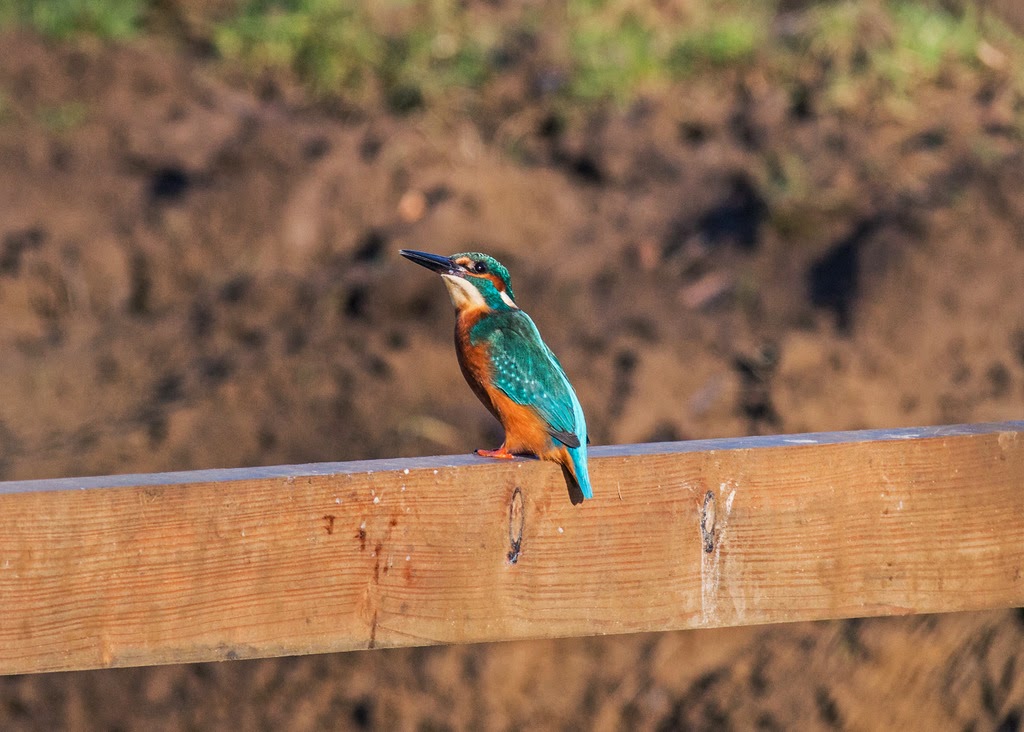 This below is the spot that I was able to shoot from and it will be familiar to local Birding Colleagues. I was stood in the shadow of a tree trunk and the sun was behind the tree which enabled me to stay unnoticed by the birds. I was also very camouflaged with dark green clothing and black gloves and headgear.  Problem is with Kingfishers that they can detect the slightest movement and I was not able to manoeuvre much to get a clearer shot. The wooden fence on the other side of the stream was a favourite perch for the birds and my location was the only suitable one close by. 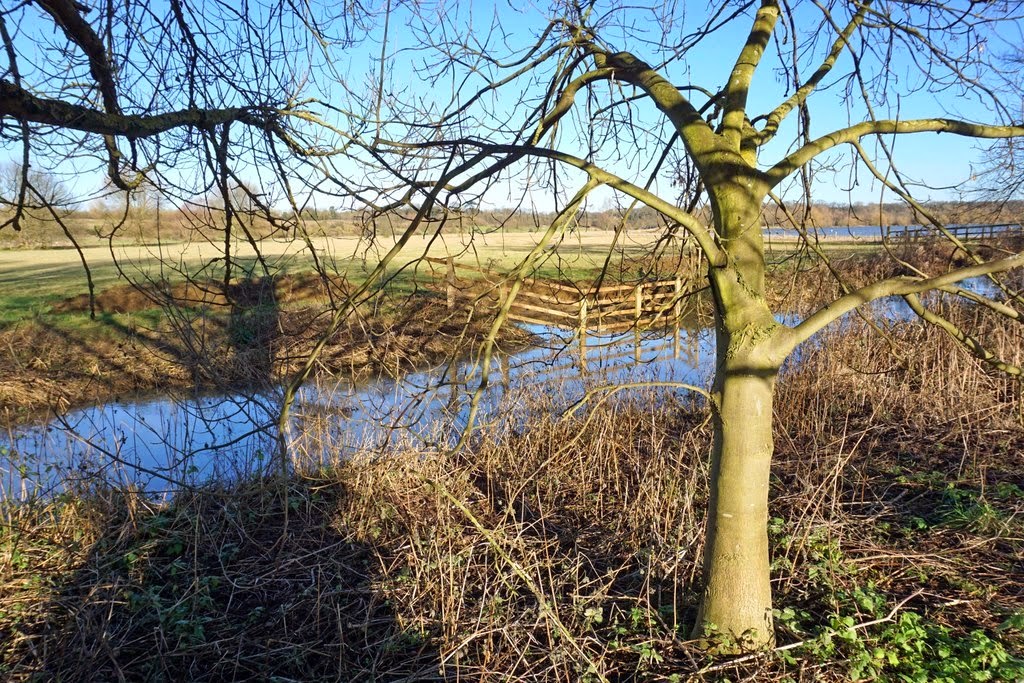