On the second occasion in the last few days I was stood with another Nature Photographer watching a female Goosander on one of the lakes in the Parkland.

At one point the female dived for fish and eventually surfaced some distance from where it had dived. This seemed quite some distance for it to swim underwater.  Then suddenly a second female Goosander surfaced at the original spot that we had seen what we believed the first had dived.
So then there were two. 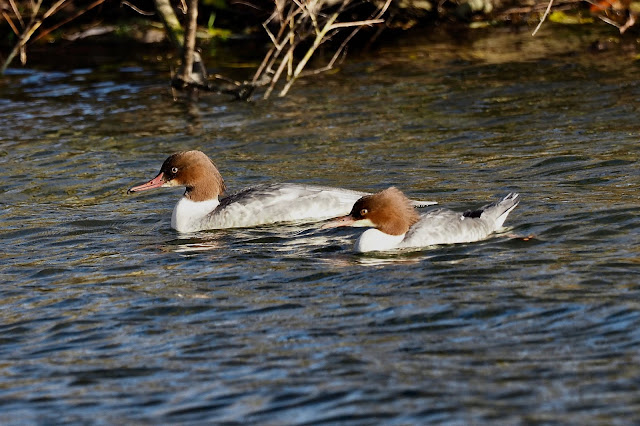 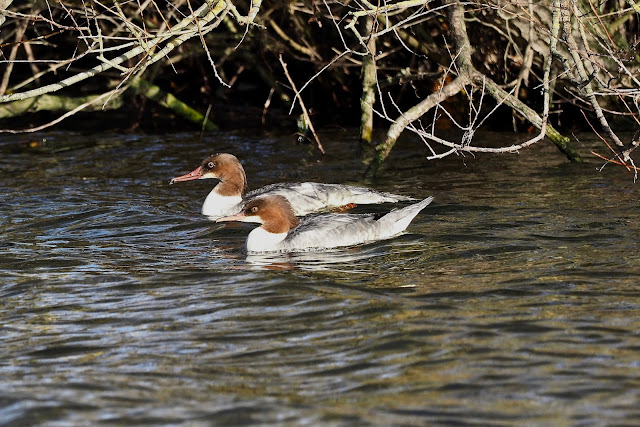 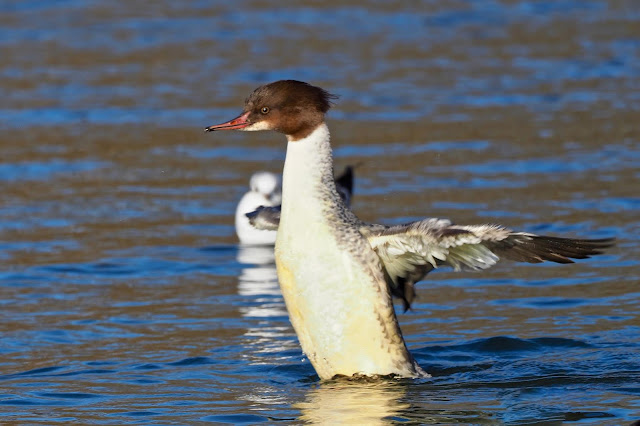 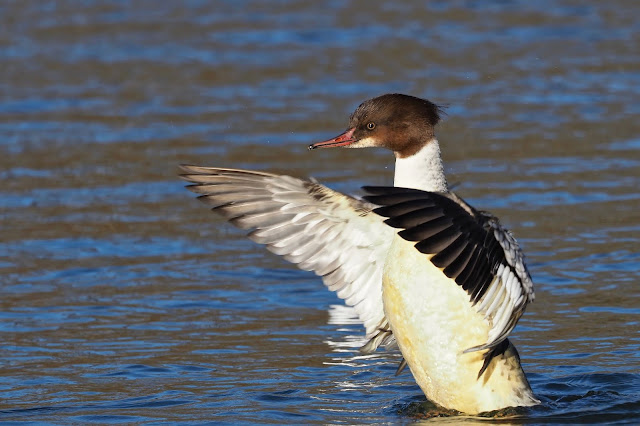 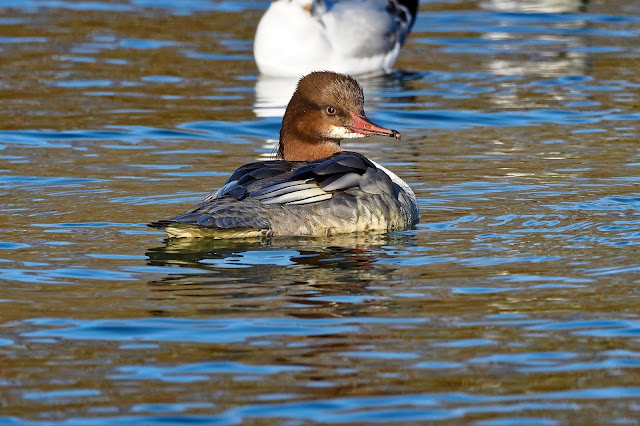 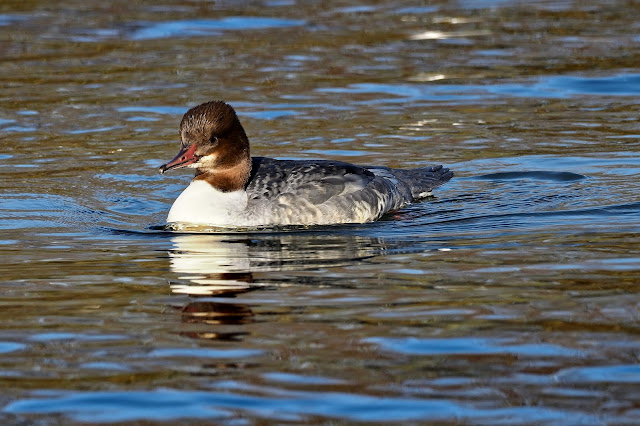 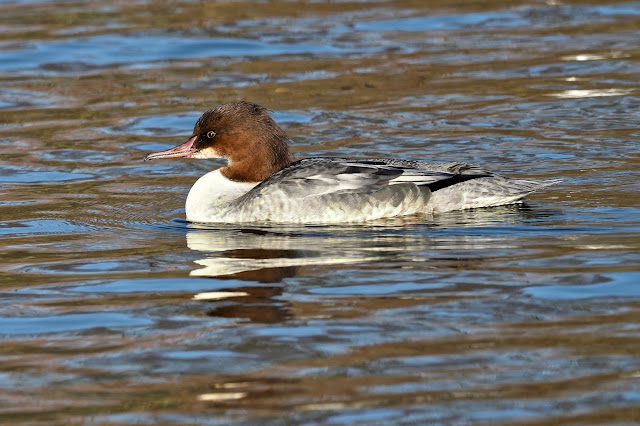 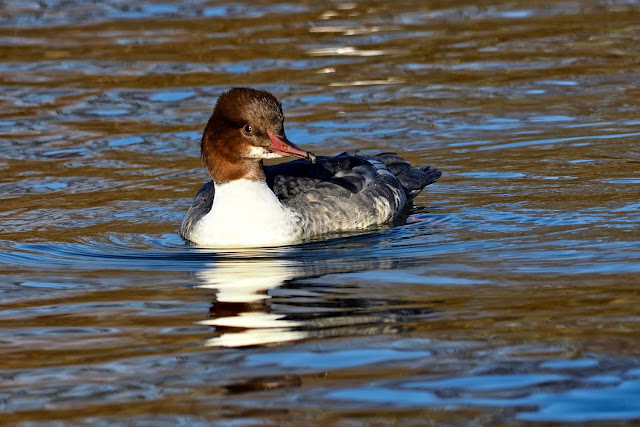 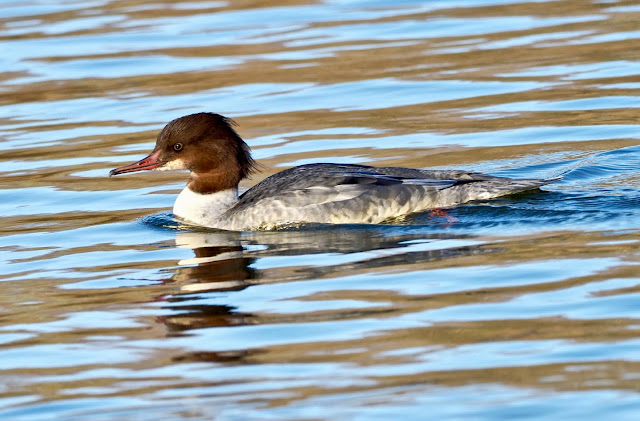 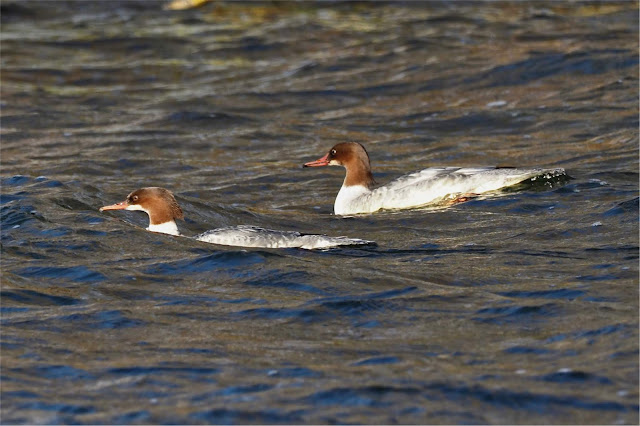