Its been a number of years since I have observed a Stonechat (Saxicola torquata) in the local area and it was not for the want of trying. I have seen them at Portland Bill in Dorset on a number of occasions (where they will almost come up and ask you to take a photograph of them.)

Recently I had received reports from local birding colleagues of one male being observed on a particular section of the local Parkland walk. So this week, as on previous recent weeks, I checked out the area in question. The Stonechat (as I have observed them) likes open ground with low vegetation particularly along the water's edge. The area I found this male was just such a location. They are quite accommodating birds and will not fly far from where you find them, in fact they tend to stake their ground and whatever the disturbance will stay close by. 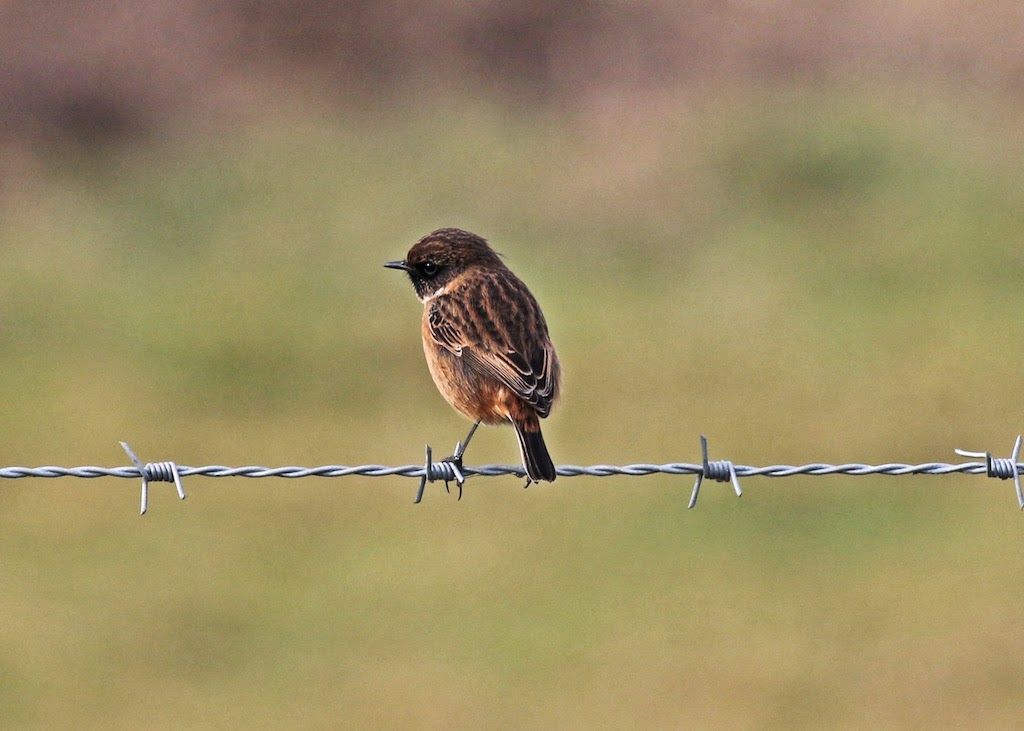 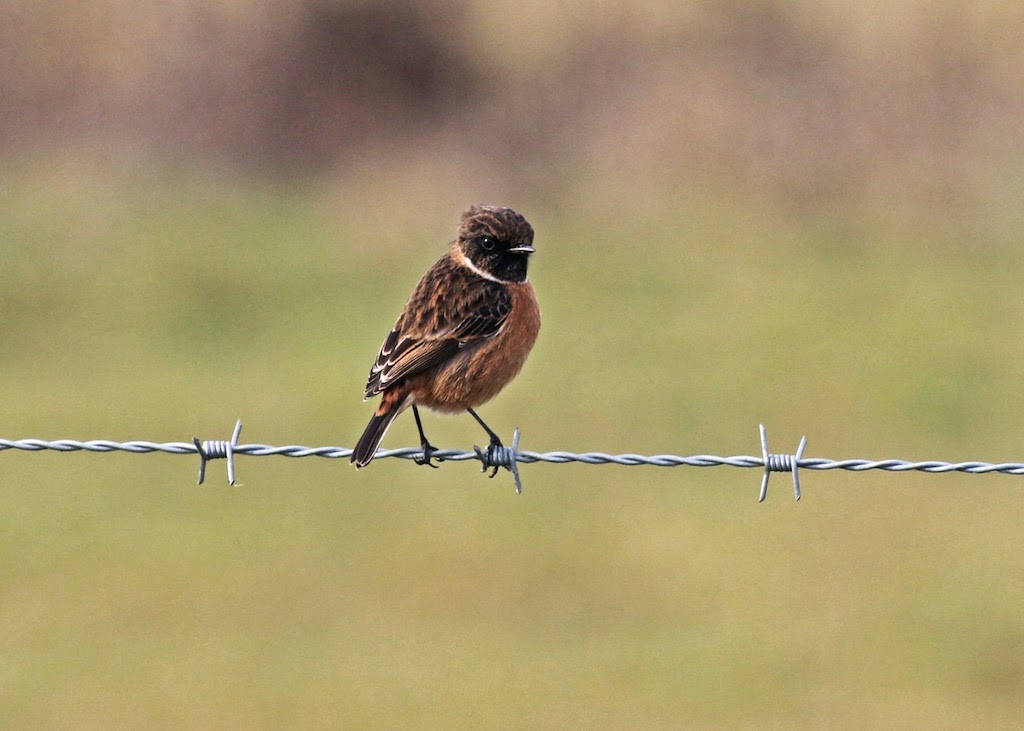 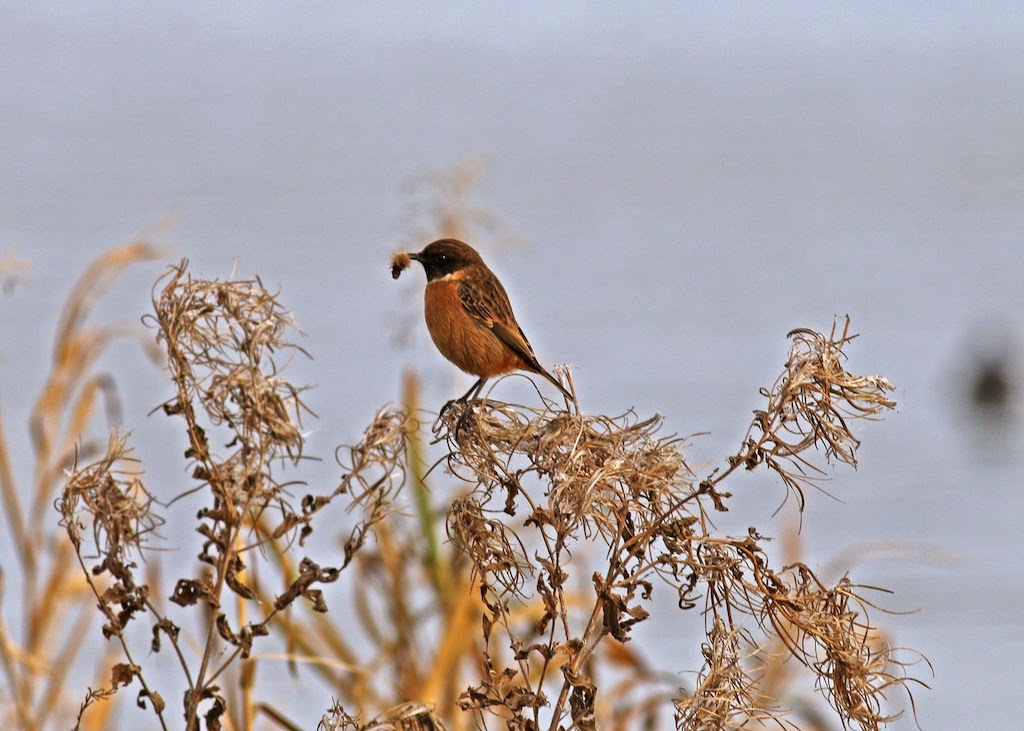 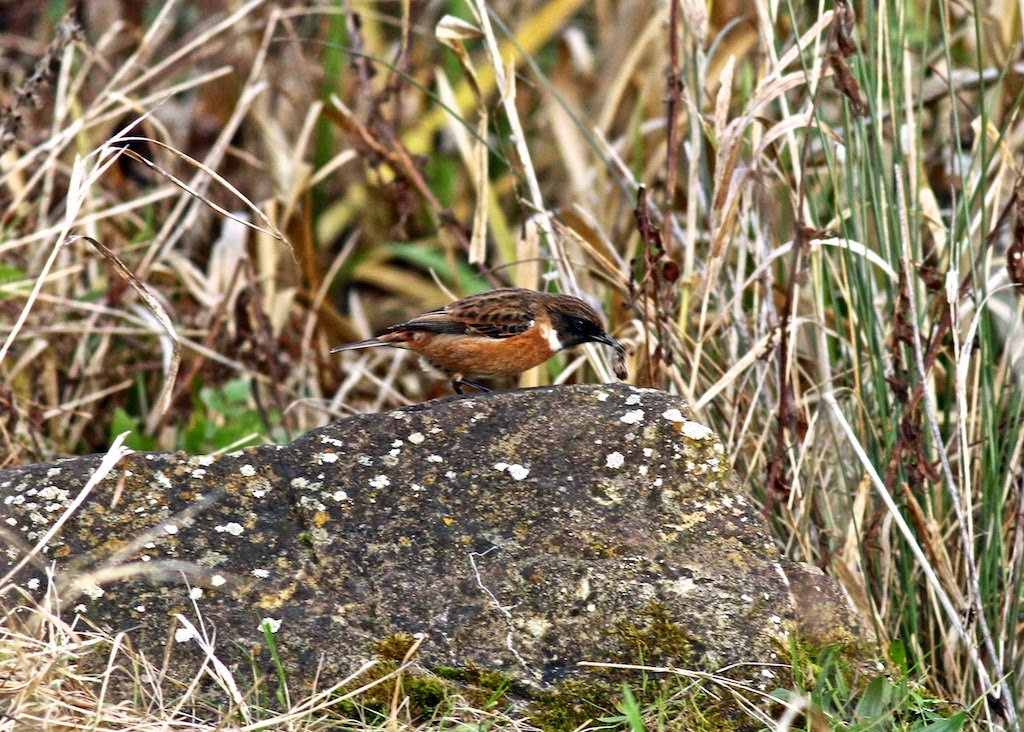 NB. This was one of five species that I would term quality species, that I actually photographed on the same day in the Parkland where I regularly walk. So I will post them in turn shortly.