A walk on an extremely dull day.

With binoculars and a camera for scene shooting only, I ventured out for what turned out to be not quite such a dull day. I was only intending to observe birds rather than photograph them. This of course has its risks, because 'Sods Law' dictates that you will always see something of interest that you could have photographed if you had taken your camera with you.

With the high winds I did not expect to find much in the way of birds and if I wanted to take scenes it was going to be tricky requiring lots of over exposure.

Most of the scenes reveal that Winter has well and truly taken hold with bare trees, dead foliage, muddy fields and soiled water that showed by the colour the extent of recent rainfall. 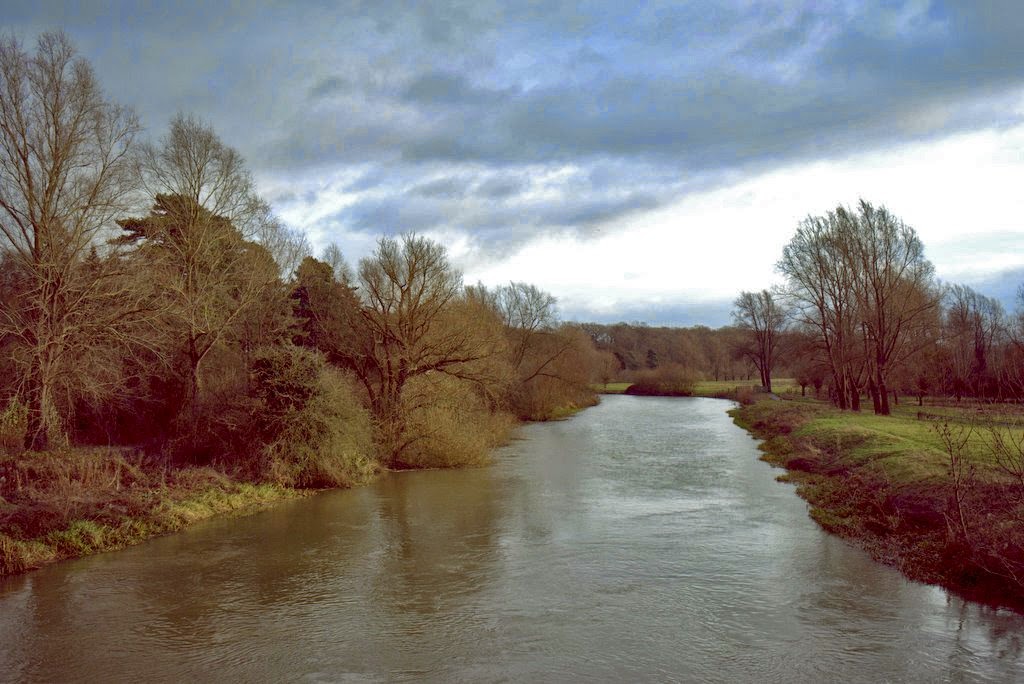 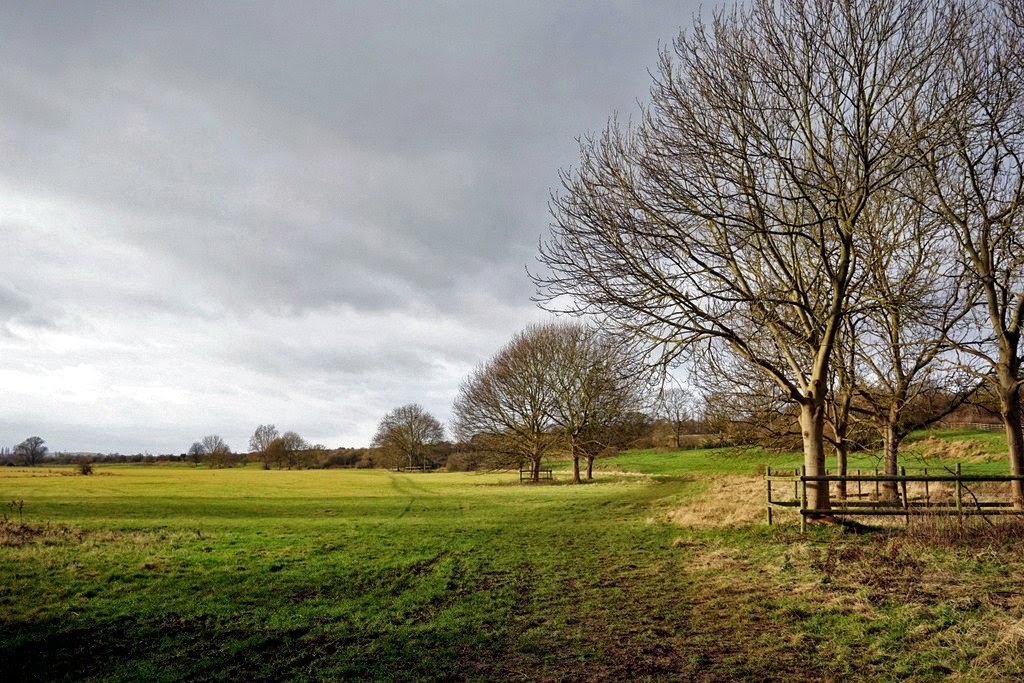 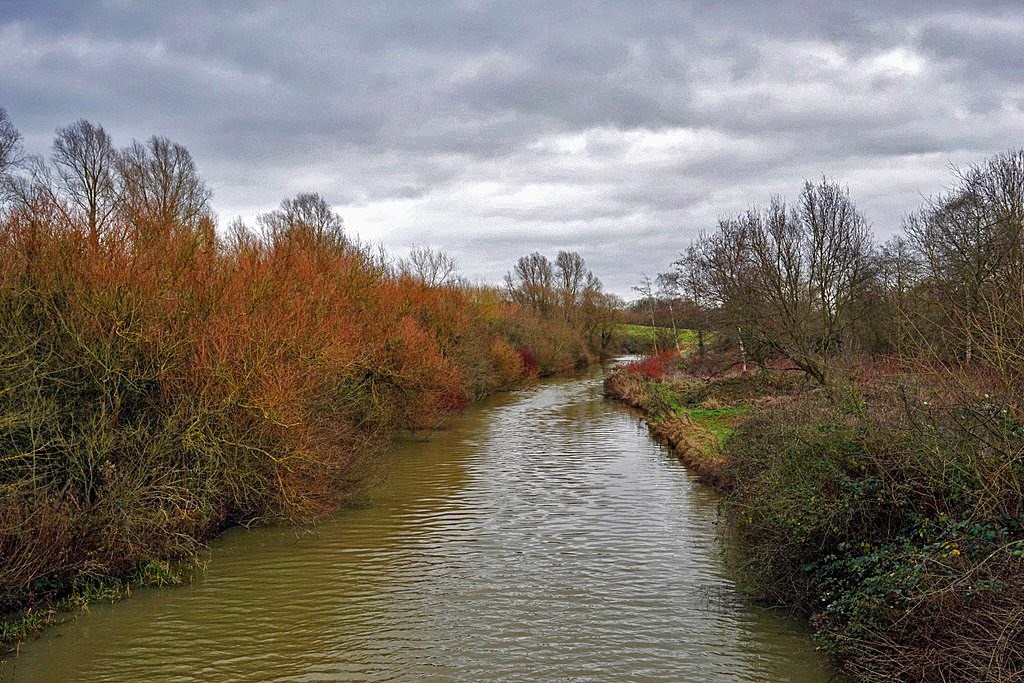 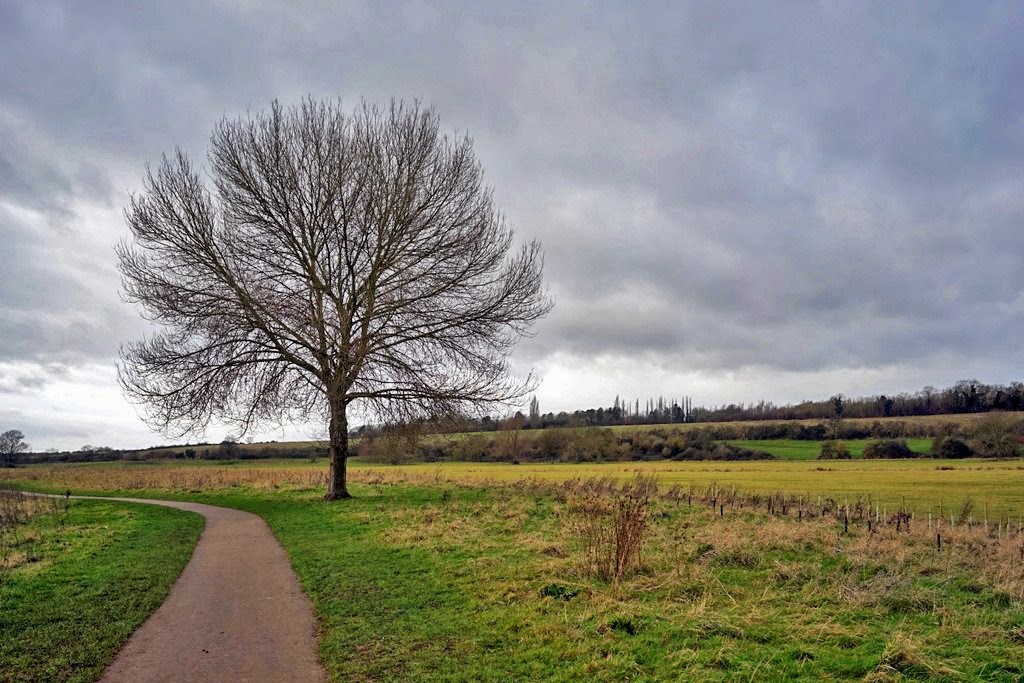 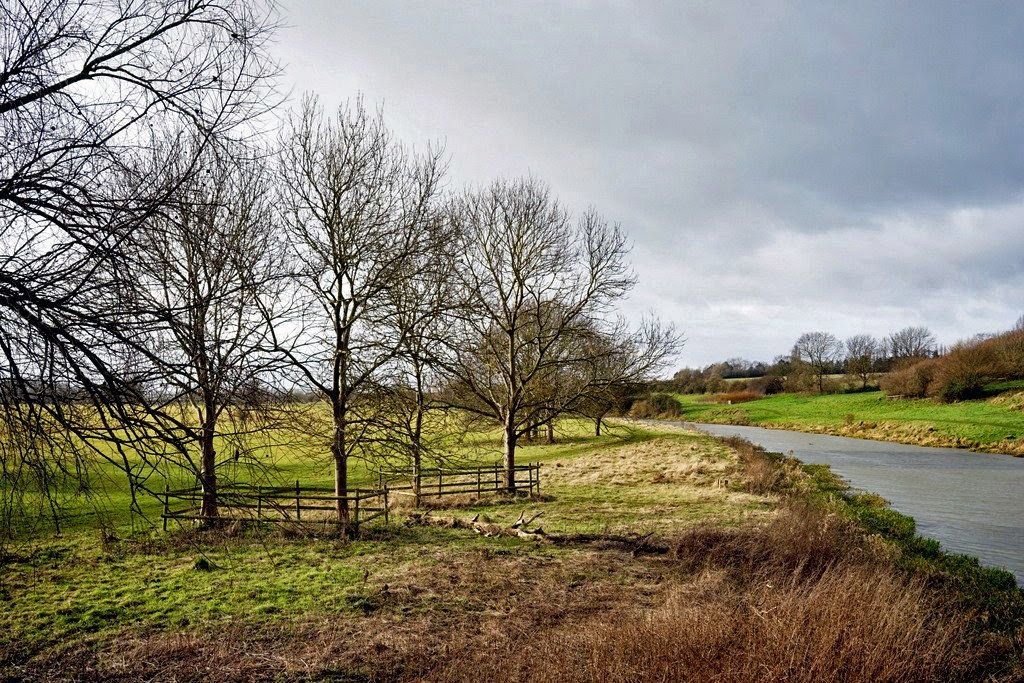 I met a local Birding colleague who was searching for the Stonechat that I and others had seen recently.

It was not long before we found the little bird who was still in the same area. Hopefully, it will remain for the Winter period and we get to see it often. I then carried on with my walk and 'Sods Law' was about to come into play.

As already stated, I did not have with me a camera and long lens used for bird shooting. The scene below was shot from a small bridge (known as Swallow Bridge).
When I arrived at the bridge I looked up this water course and just on the first brown stalks to the right was a perched Kingfisher. To my surprise it didn't move straight away like normal. I could (if I had the right camera) have taken at least 10 shots before it flew off up stream. It landed on the opposite side of the stream on the distant, but visible left corner. It was then joined immediately from the other direction by another Kingfisher. Subsequently they both flew off upstream. I had received reports previously from other Birding colleagues about Kingfishers frequenting this location. 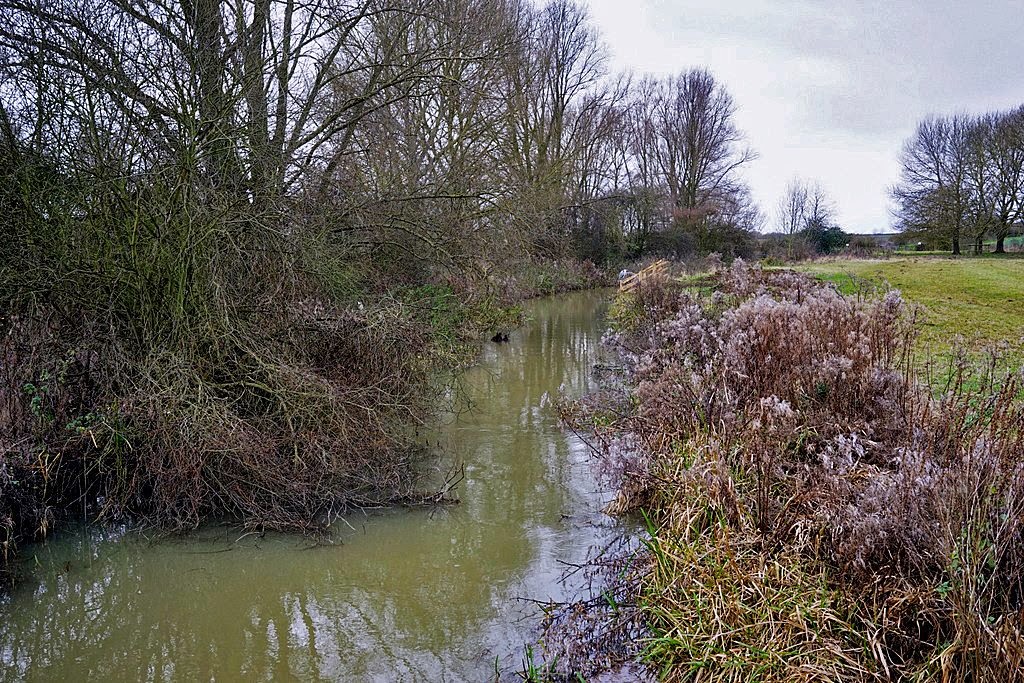 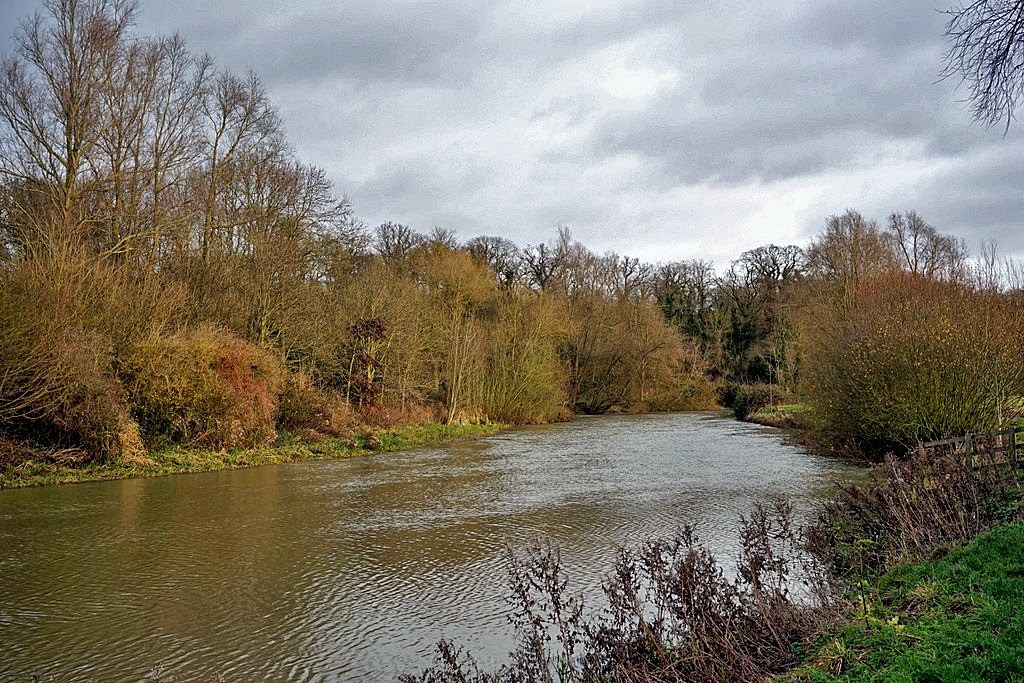 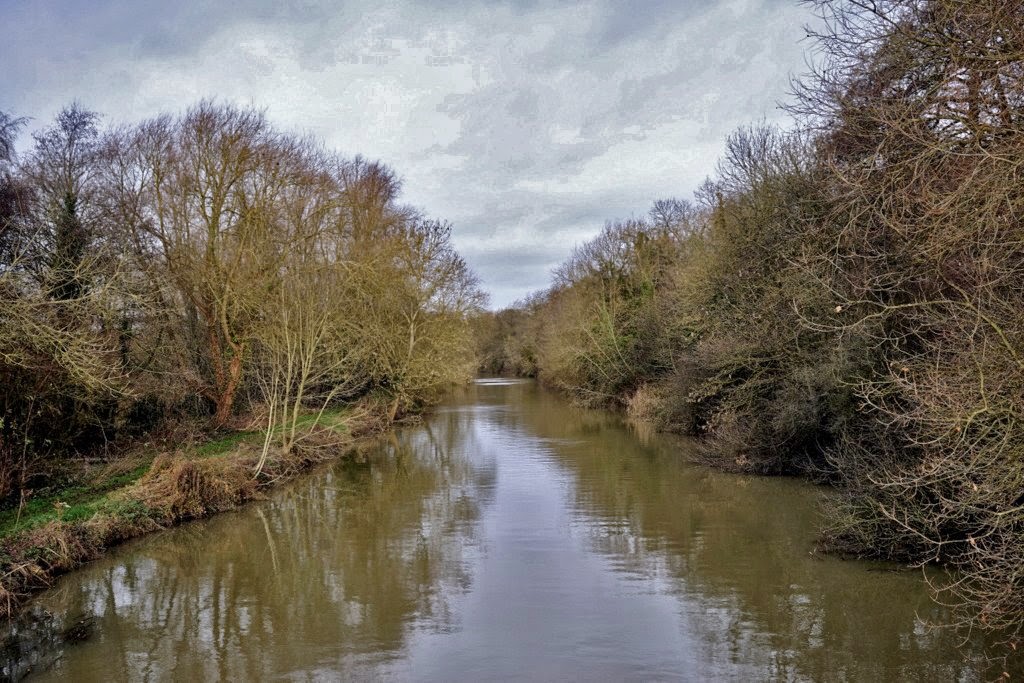 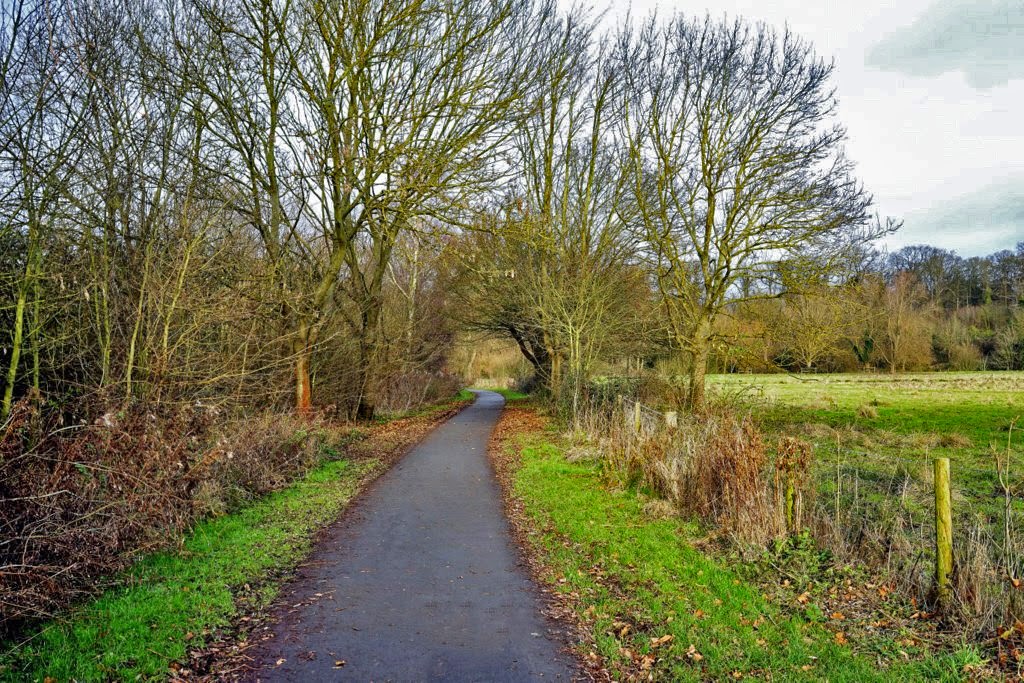 To end, a shot of the edge of a field where Winter Wheat is already showing through the soil.
See below. 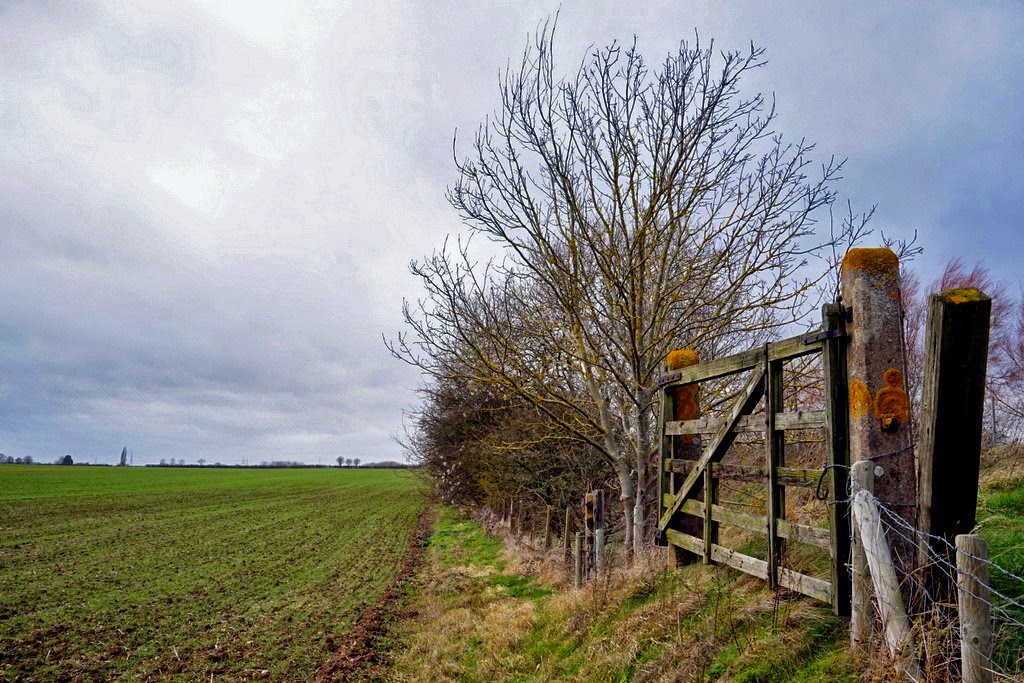