The fourth in the series of species that I photographed on the same walk as the Stonechat.

One of the Sawbills, a species which I find a bit odd, "Neither fish nor fowl".
Yes, I know, its a waterfowl.
A rare visitor (as far as I am concerned) to the local Parkland lakes. I have seen only one previously, but on this occasion there were two as the final image at the bottom of this post will reveal.

Both birds were distinctly unhelpful, choosing to head for the open middle of the largest lake in the Parkland each time I observed them as I walked around the edge.
All of the images are quite poor due to the overcast light and distance involved. 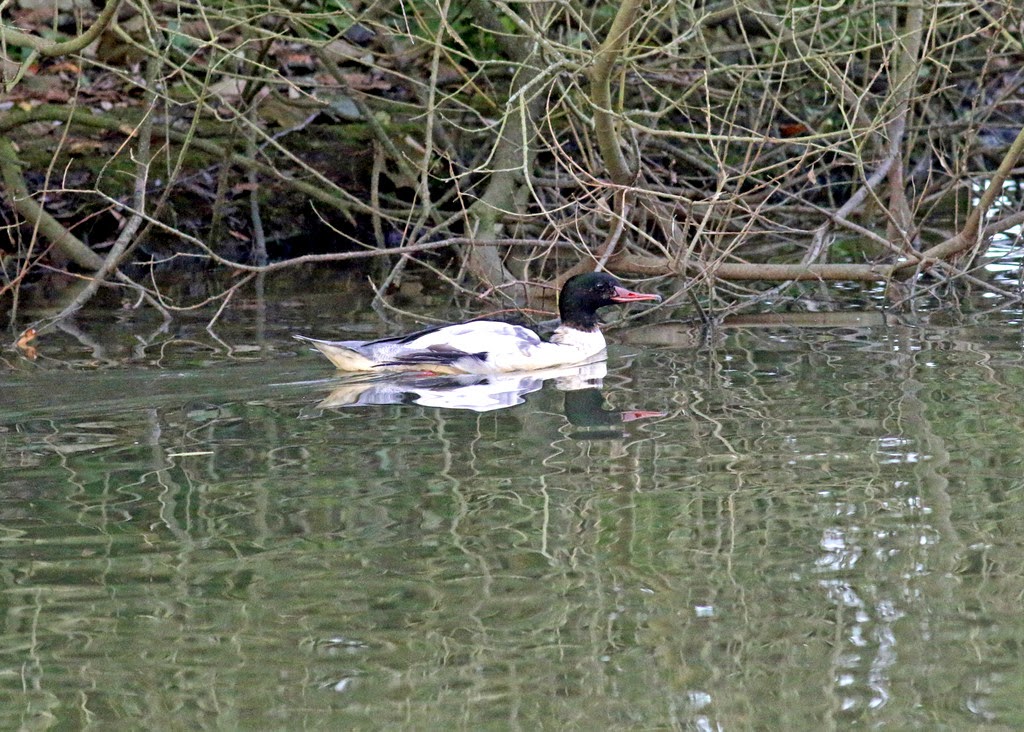 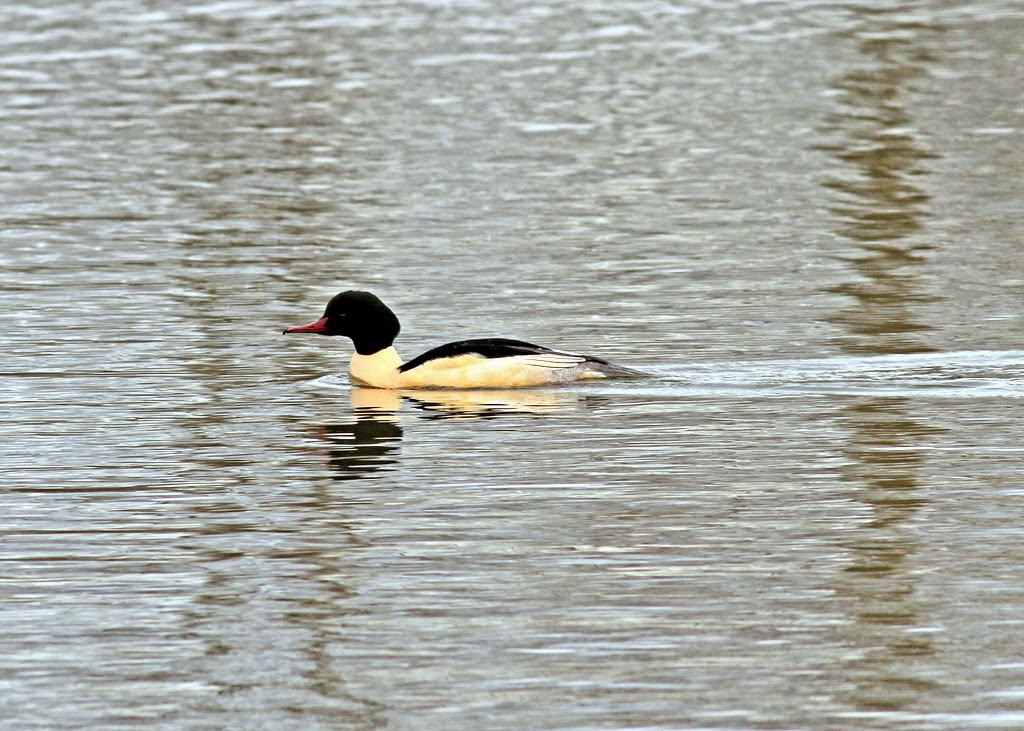 Observed here below conversing with one of the locals. 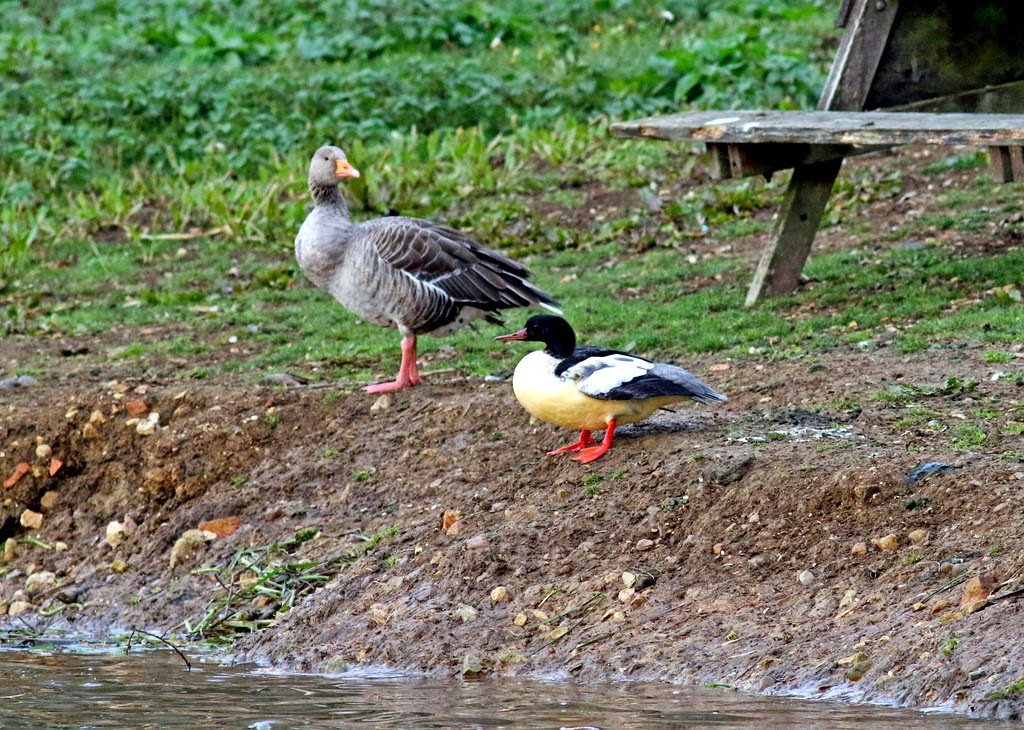 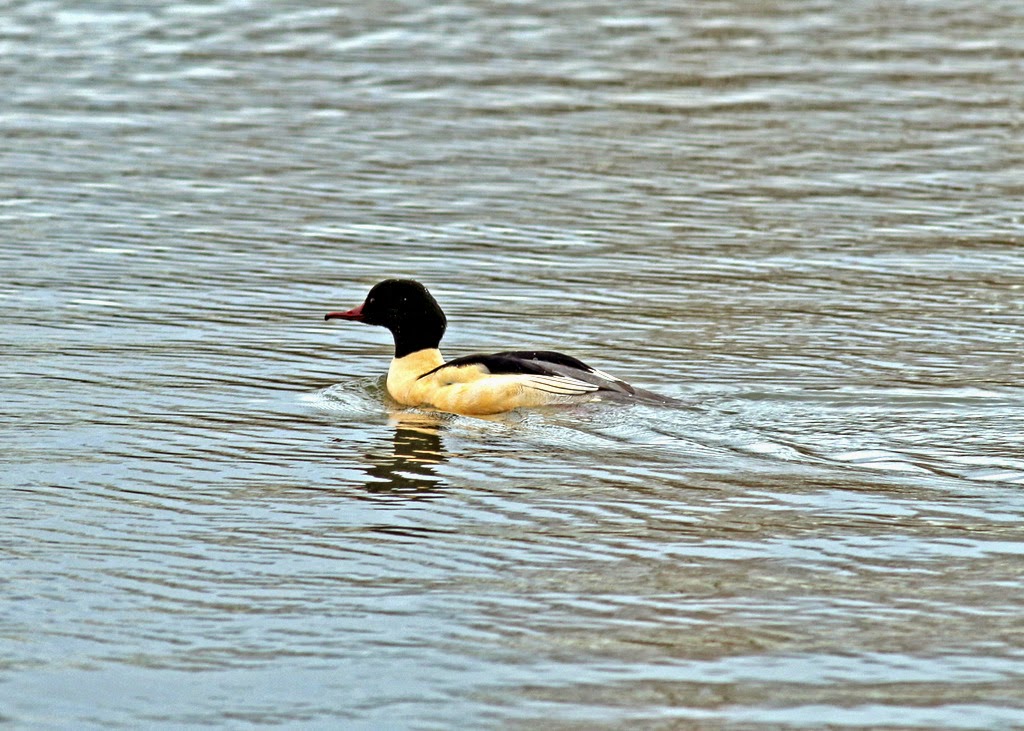 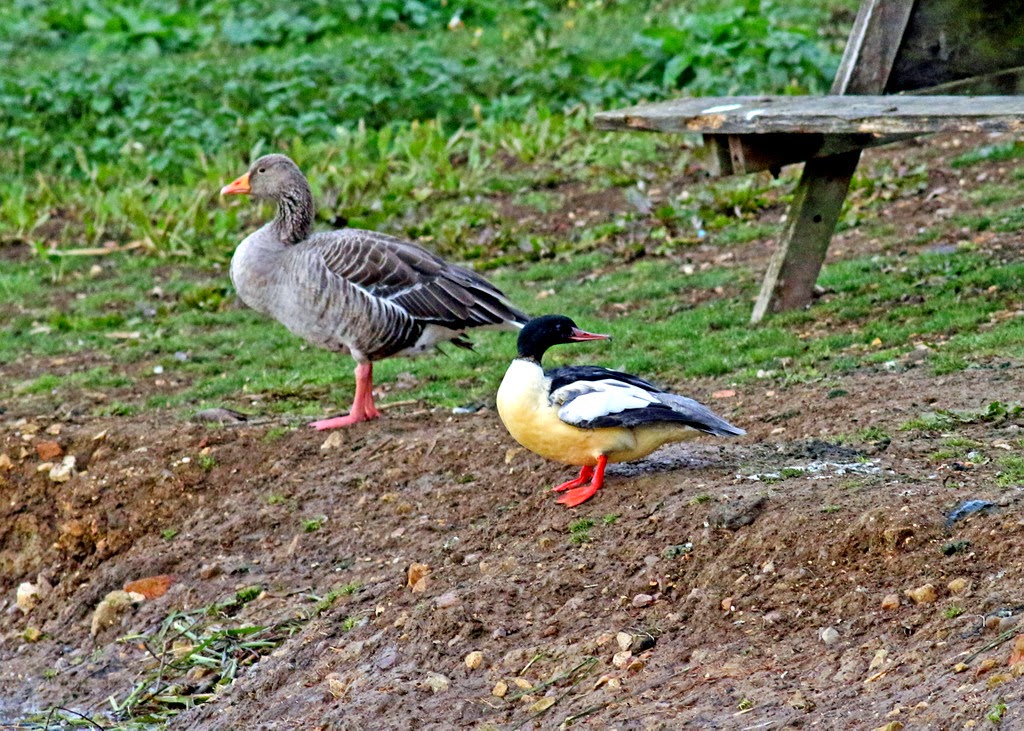 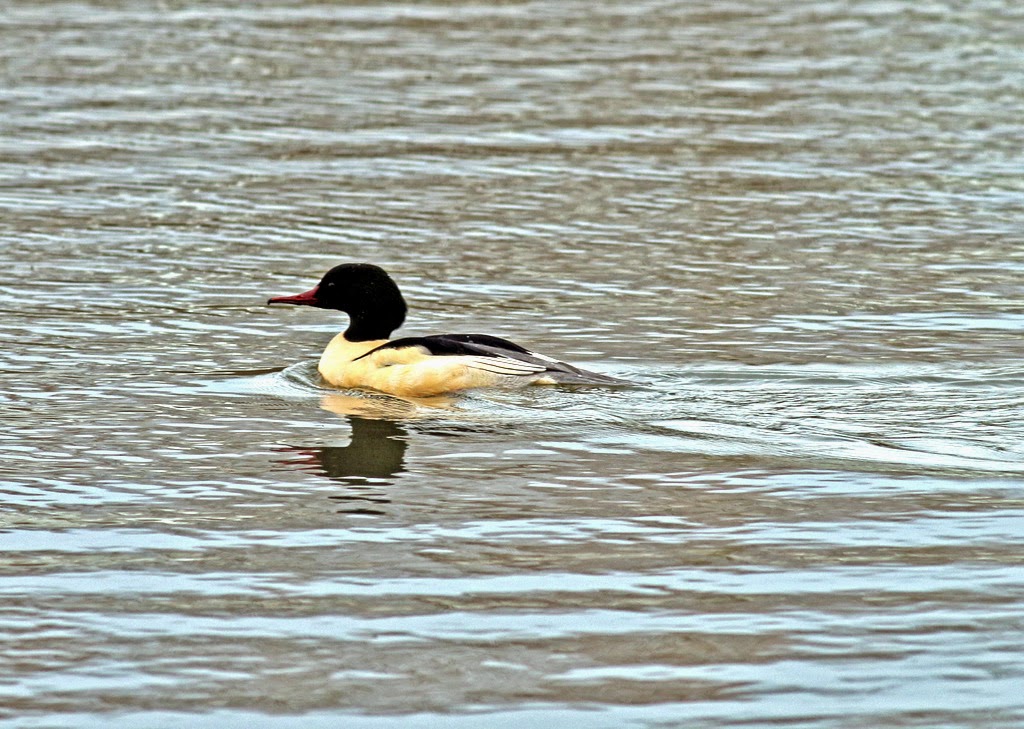 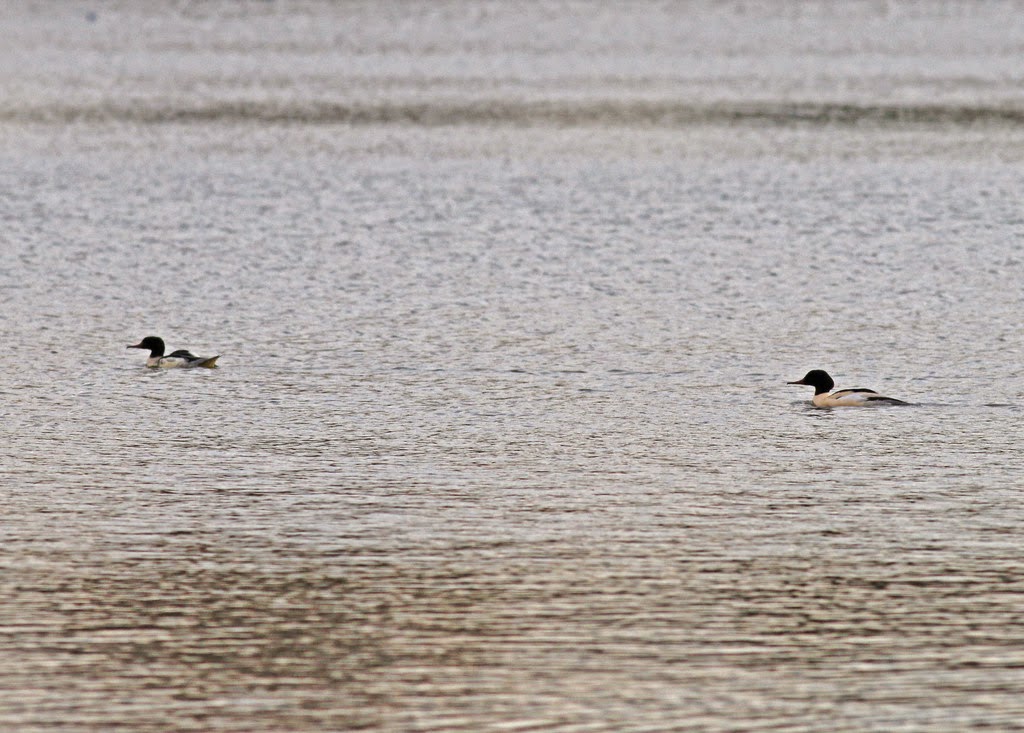