The Little Egret (Egretta garzetta)
A bird often observed in the local area, but usually at some distance as they are quite wary of people.

This being one of the same group of images I shot on the same day as the previous Stonechat.

This bird was feeding in a small stream adjacent to one of the large lakes in the local Parkland.
The first shot was obtained by creeping through tall dried foliage on the opposite side of the stream. The bird was unaware of my presence and I was able to withdraw from the site without alerting him. 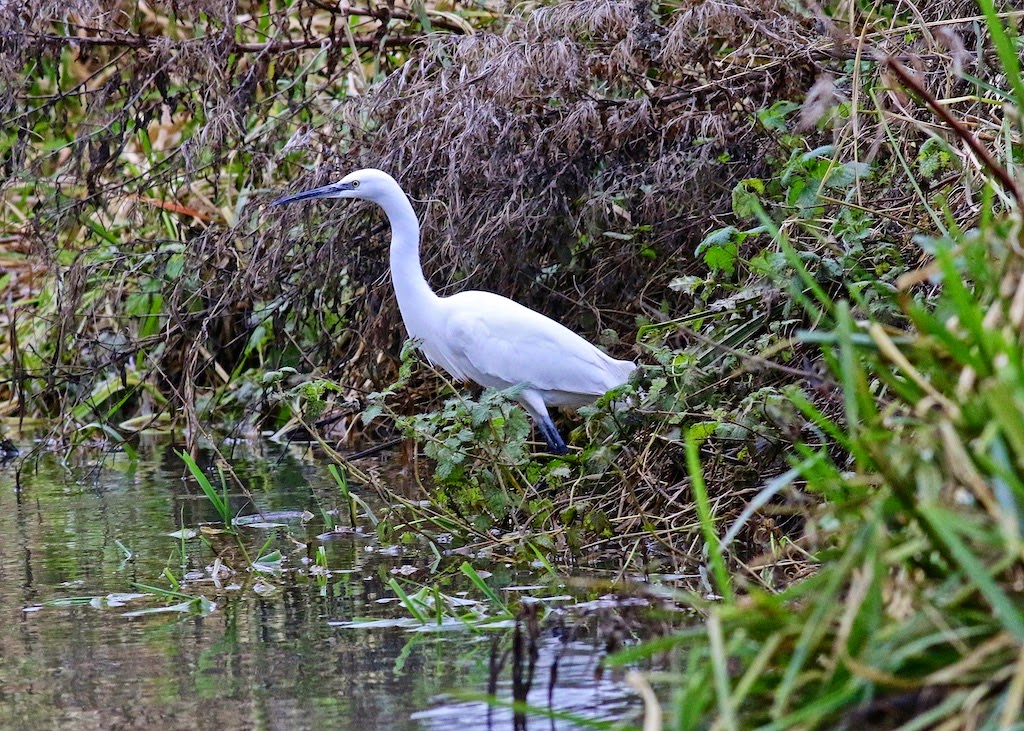 All the subsequent images were taken as a result of him being disturbed and harassed by another fisherman. (See below) 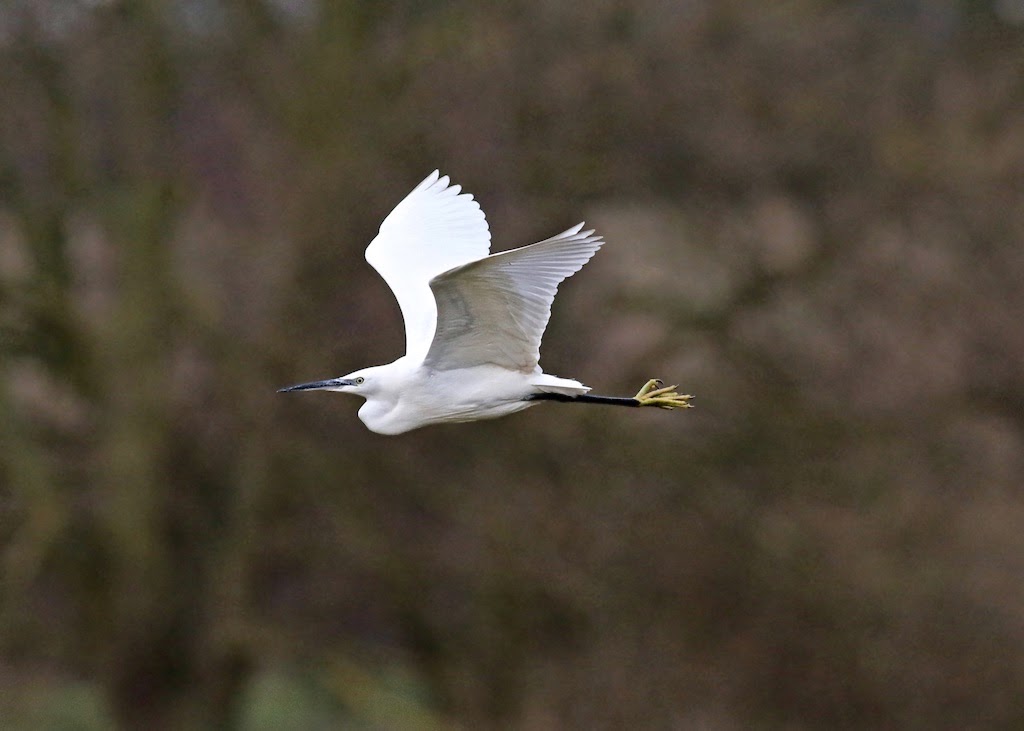 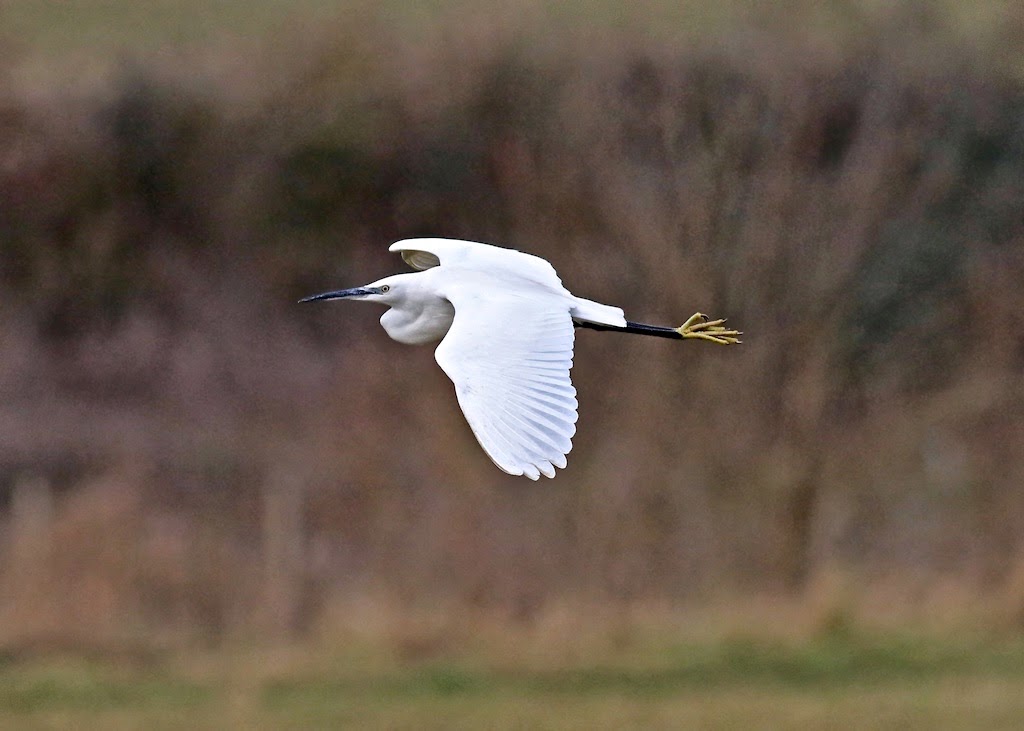 Note the wing bone structure in the image below. 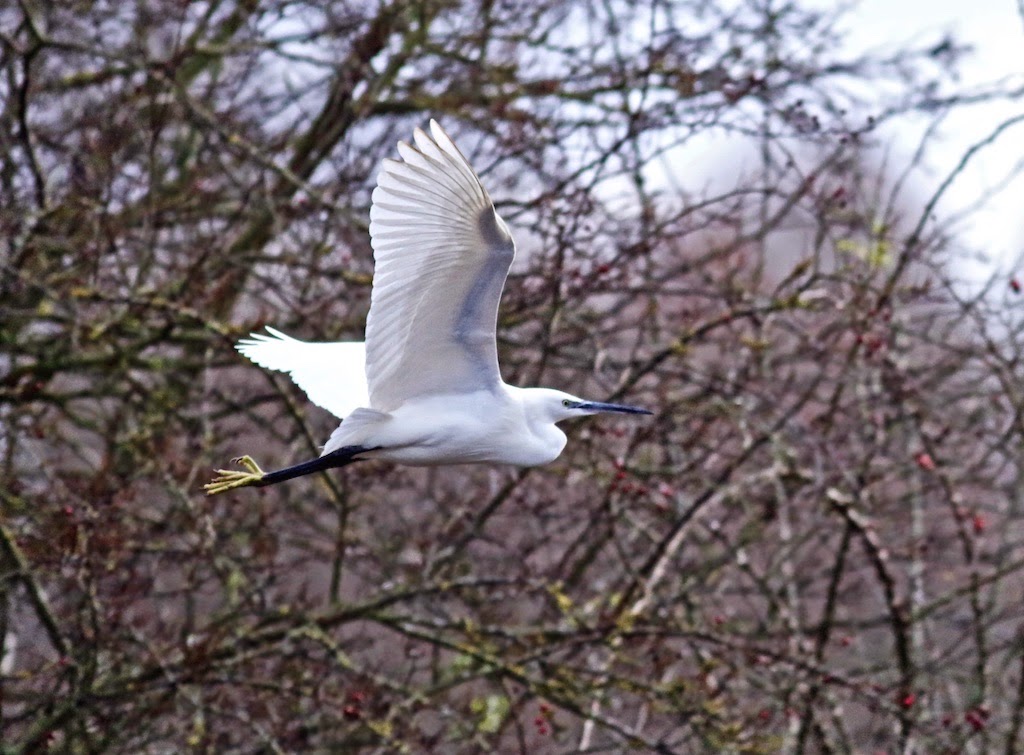 This was the other fisherman 'The Grey Heron'.
It was a typical dispute over local fishing rights.{:)) 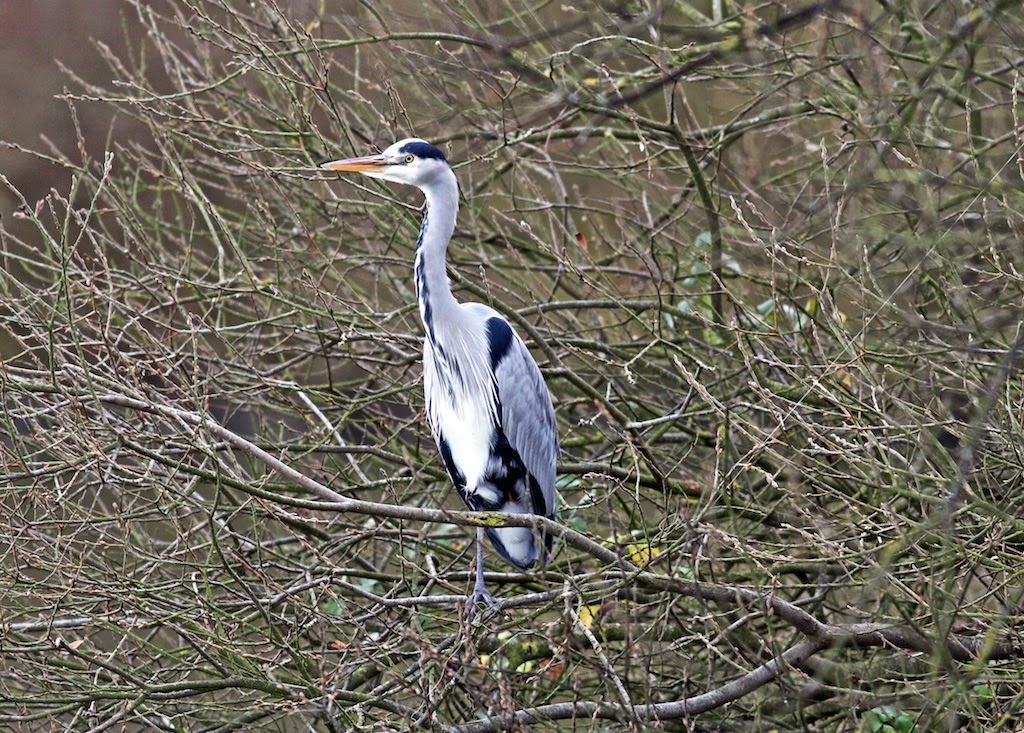