You could be forgiven for thinking that this is Blog is purely about Butterflies at the moment. It isn't, but you have to make hay while the sun shines and there are plenty of species around now. Quite a contrast to last year when I struggled to find any.

The Green-veined White is a common species and can be found just about everywhere in the UK.
You can find it on the wing between April and September. The first brood from April to the end of June and the second from July to September. 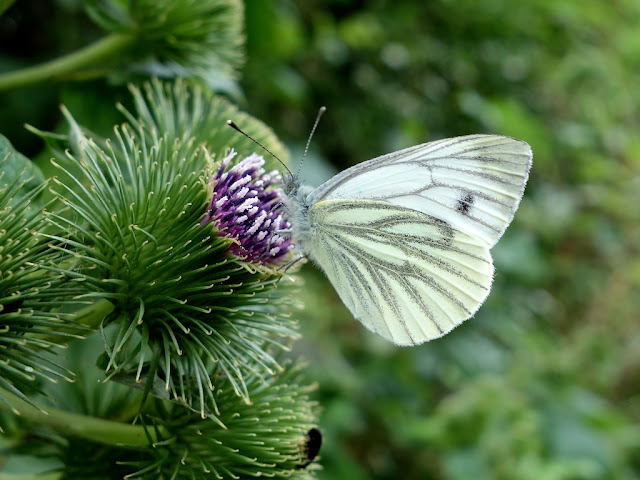 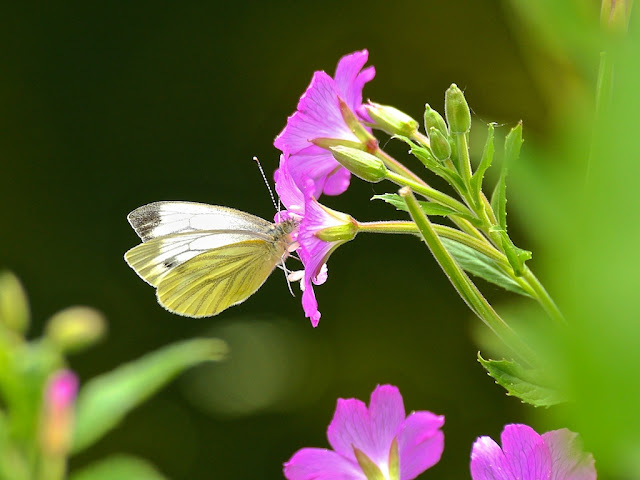 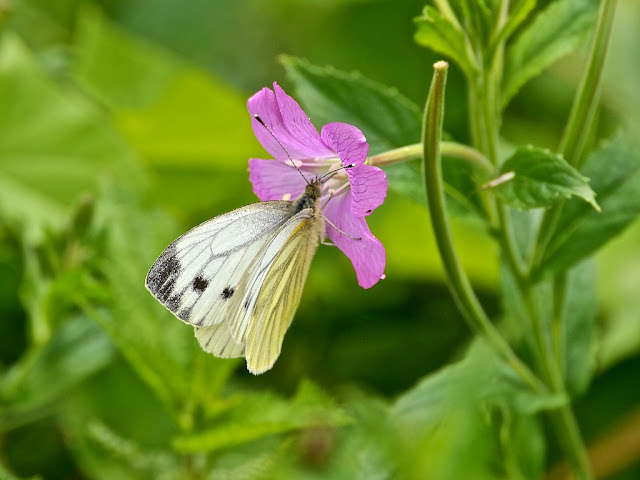 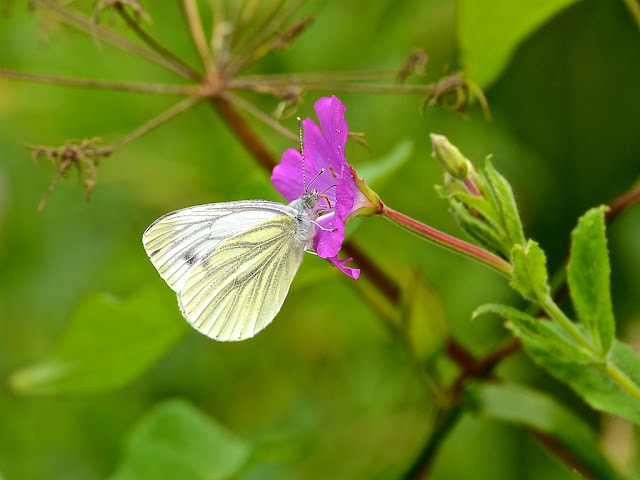 I was fortunate to be in the right place at the right time when as you can see in the images below a male attempting to mate with a female. Please forgive the noisy and poor images taken under a shaded hedgerow, but you will get the idea of what is going on, or rather not so on this occasion. The union was unsuccessful. 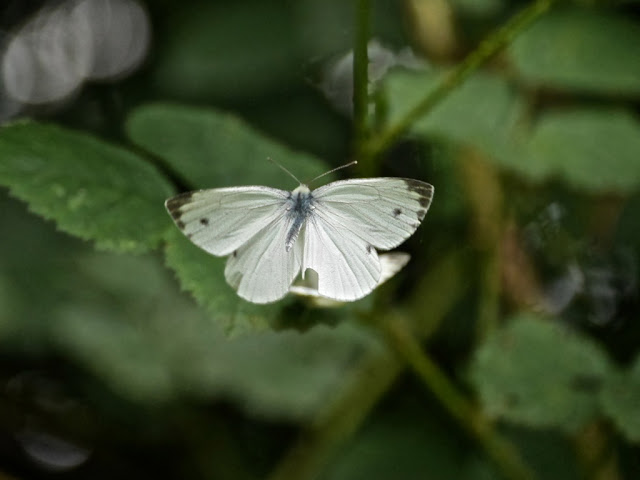 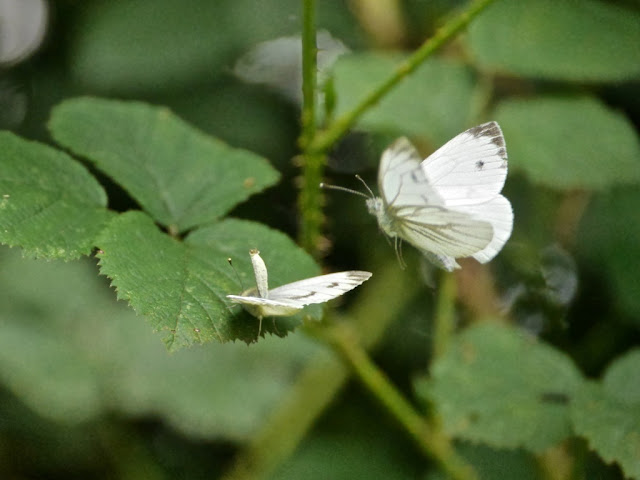 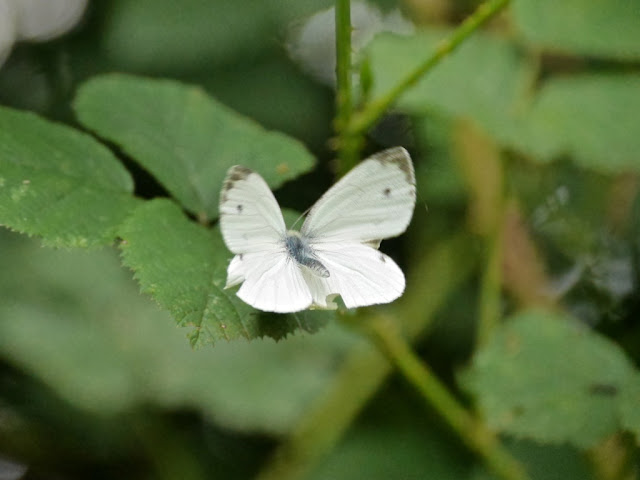 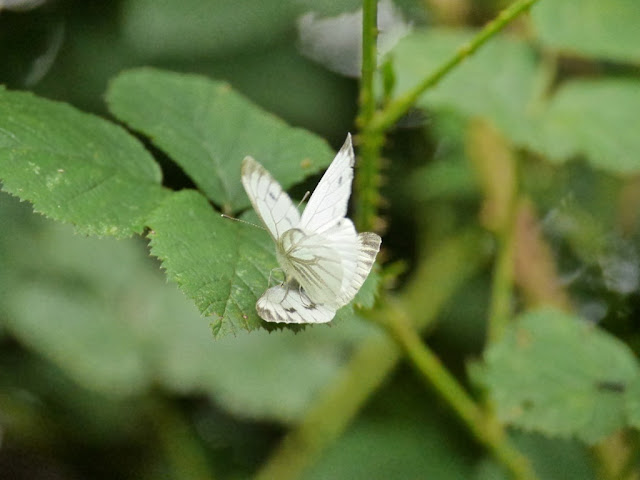 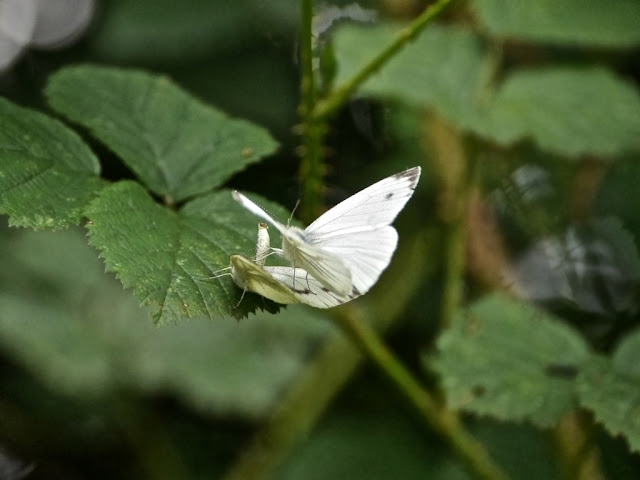 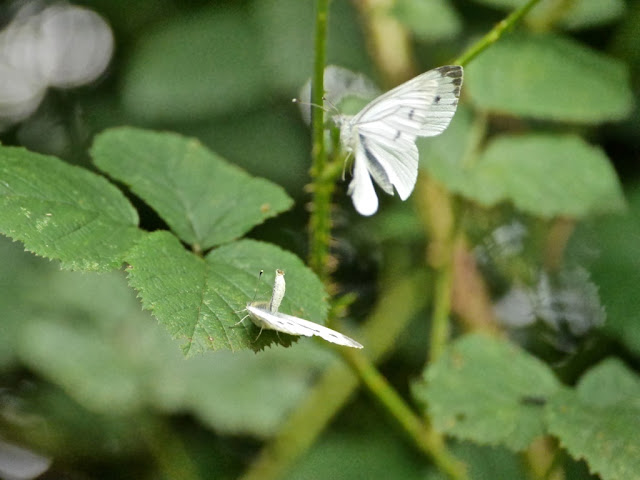