Even though the sun was shining and the sky was almost cloudless, it was much colder as I started out on my Parkland Walk yesterday. There was a fairly strong North Easterly wind blowing. My first thoughts were that perhaps it had blown in some winter birds like the Redwing or Fieldfare.

I searched around a small copse which consisted of mainly hawthorn and bramble bushes with numerous berries ready for eating by winter species.  Having counted four Redwing which were moving around the area I waited in one position out of the sunlight for a chance of a shot.

Initially at this time the Redwing are quite wary of movement and will fly off at the sight of humans. I noticed in previous years that they become more tolerant as the winter progresses.

I managed only two birds at separate times. 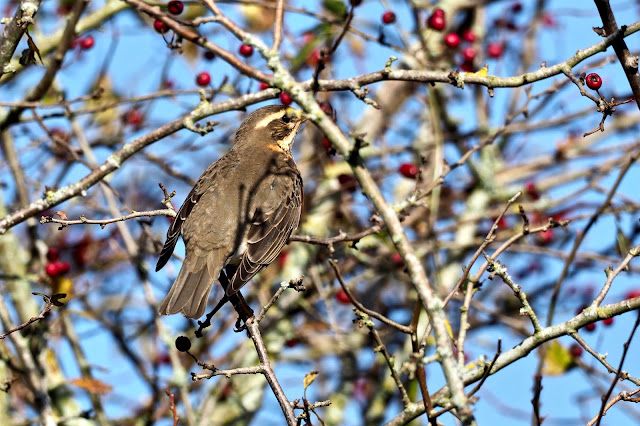 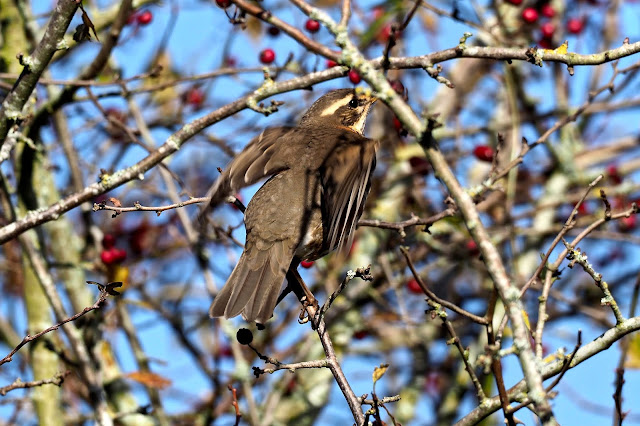 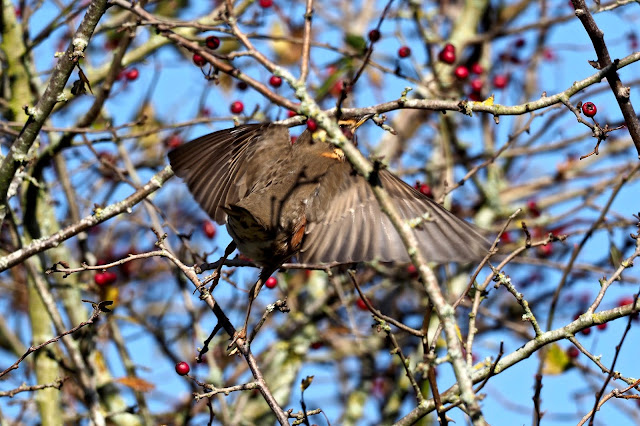 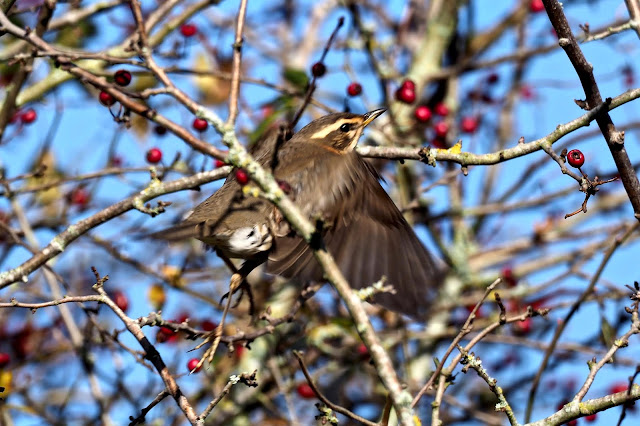 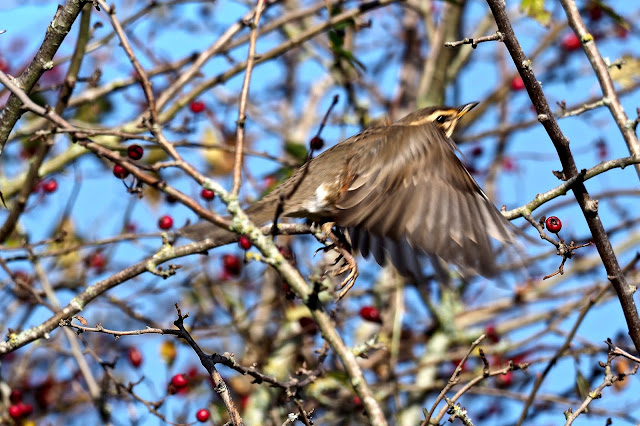 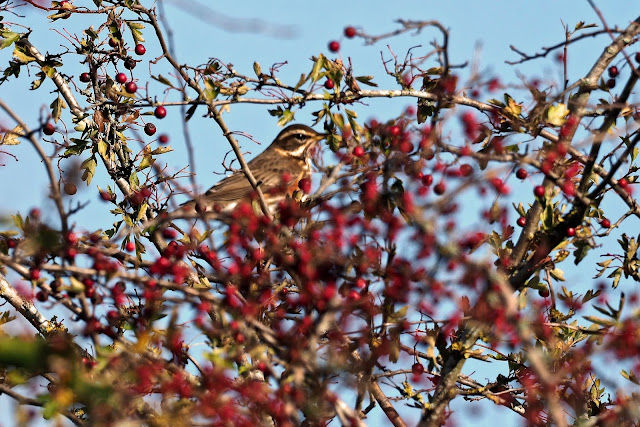