Just a pleasant view (you may think) along a small river that feeds into a lake on the Parkland where I walk regularly. However, I found that there is something lurking there that is thoroughly unpleasant. 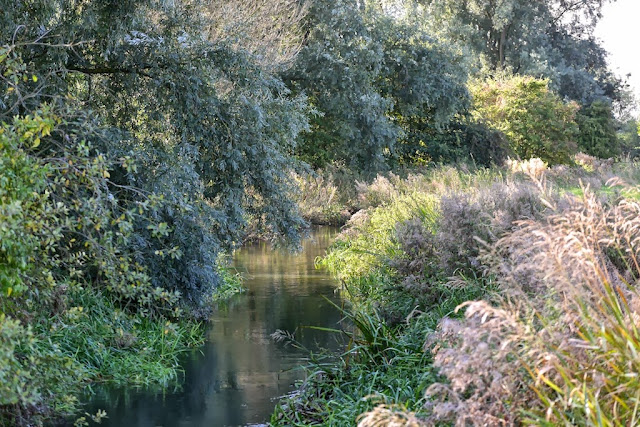 The American Mink is farmed for its fur in several countries. Unfortunately some were farmed in the UK which commenced here in 1929. However and thankfully, fur-farming was banned altogether in UK under the Fur Farming (Prohibition) Act 2000.

There have been recorded breeding of Mink in the wild since 1956 in the UK.
The existence of Mink being in the wild was either caused by some escapees from the farms (considered by some that they were possibly released on purpose) or being released during organised protest action by "Misguided" protesters, (only pleasant description I could use here) during the 1990s.

I didn't believe there was a problem with protesting about Mink farms even to the point of blockading the farms, but releasing them into the wild was completely wrong and rather ill informed.
The Mink is not a native species to this country and has (I believe) caused considerable damage to wildlife as a result of being released to the wild. One such species (amongst many) that has suffered greatly is the Water Vole, which the Mink can pursue even into its burrow.

Below was the first sighting I had of the animal on this walk and my first sighting ever.
(The images are not great due to lighting, distance and the bloke using the camera) 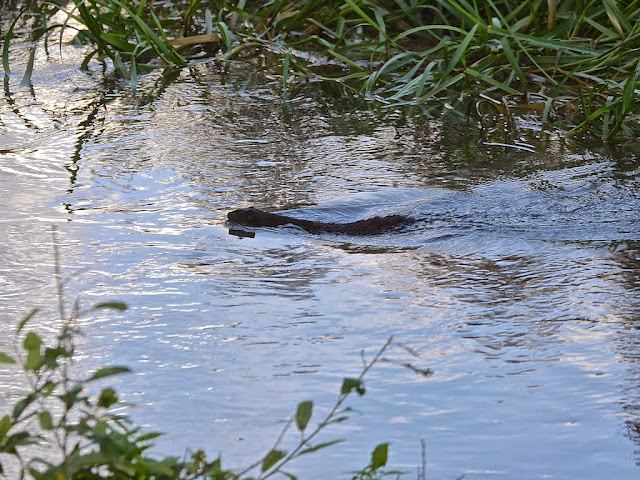 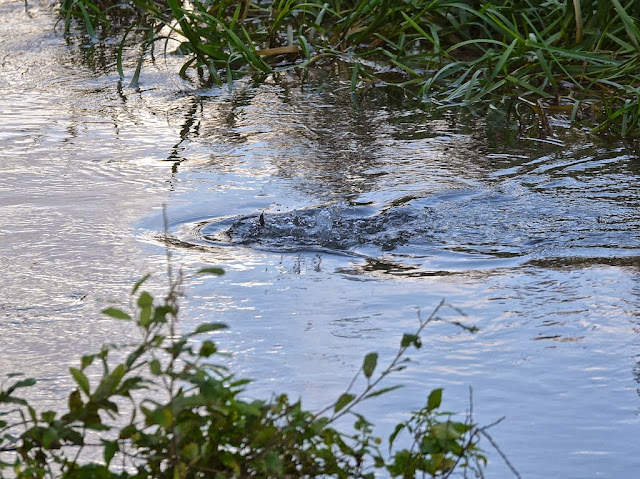 It continued to return to the spot on one side of the bank that I observed it emerging from and disappearing each time. This is probably the location of one of its Dens. It can have up to 10 on a stretch of water. 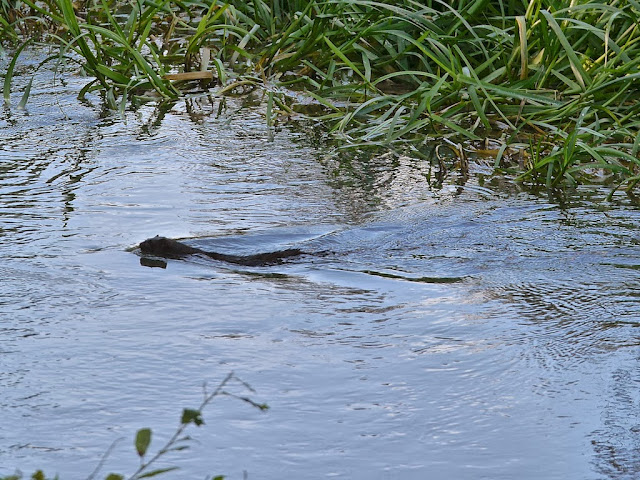 On one occasion it had caught a fish and was returning to the same spot on the bank. 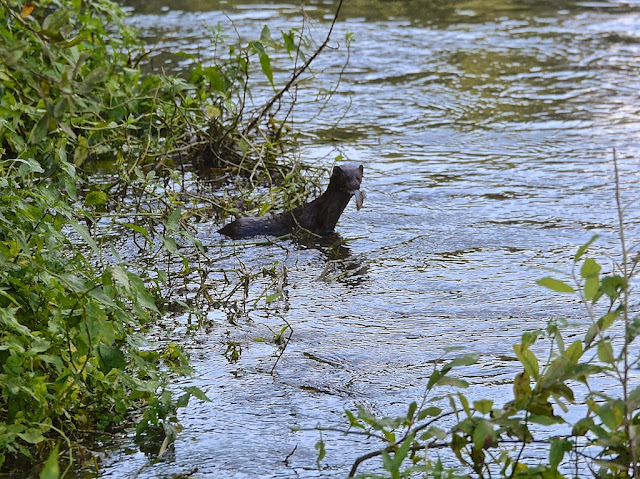 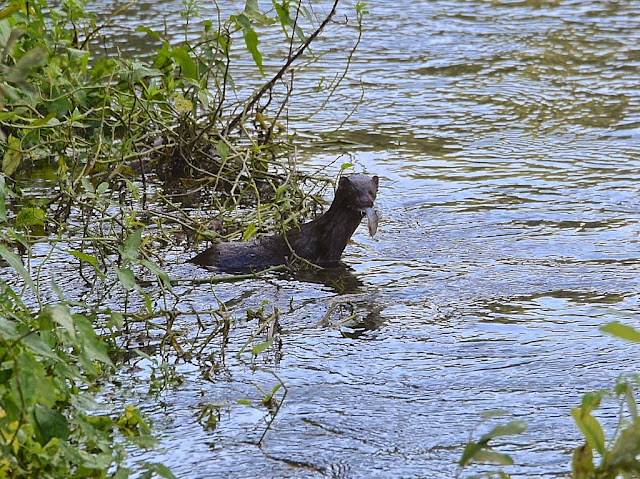 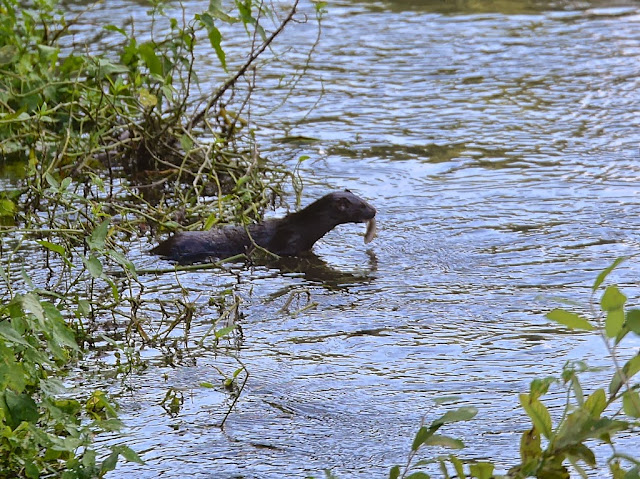 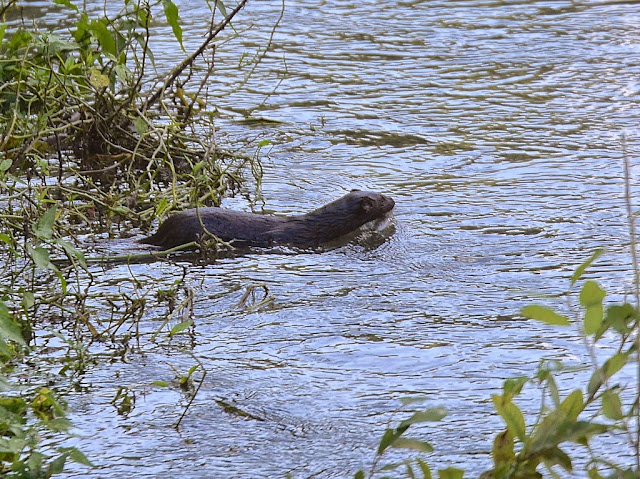 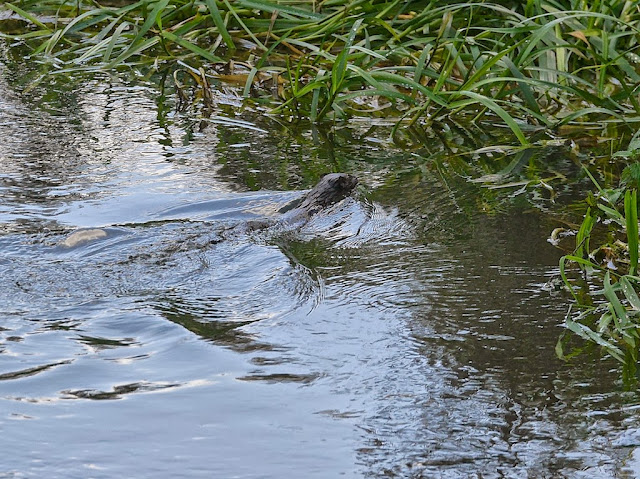 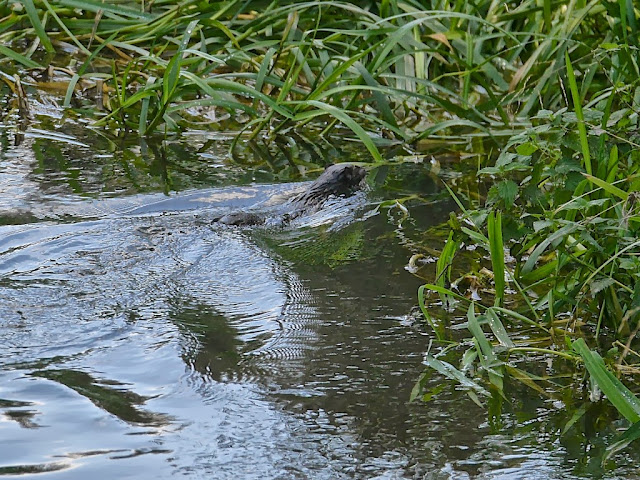 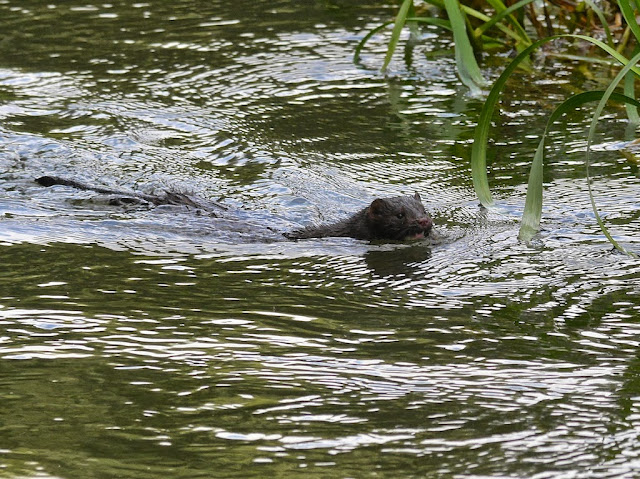 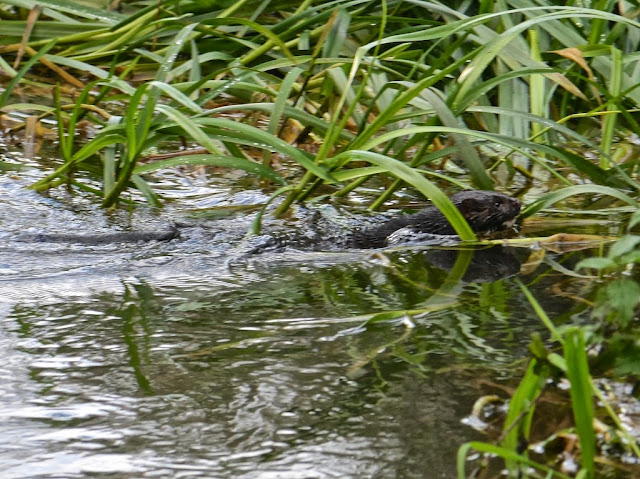 There will be some that will disagree with my view about the existence of Mink in this Country.
Some will say that its natural for the animal to hunt and kill prey, yes of course, but in the native lands to which it belongs, not here in this country. It is of course hunted in order to eradicate it from the country. All power to the Hunters I say.
I shall return to my normal nature loving self tomorrow.