Its a Willow Warbler (I Hope)
In Springtime sorting out the difference between a Willow Warbler and a Chiffchaff is that easy, even I can do it. They sing a lot at that time to stake their claim on territory and the song is easily distinguishable.

At this time of year they don't sing as far as I am aware and telling the difference isn't quite so simple.
To identify this bird (or could have been two birds) as there were two moving in and out of an ivy clad elder bush when I shot these images, I am taking a stab at this being a first year female Willow Warbler.

Pale legs are supposed to be the mark for Willow Warbler, whereas its dark legs for Chiffchaff.
The way the light catches the legs at times doesn't really help much of course.
Male and female and age also play a part from what I can read in the books.
(Now I know why I just take the photographs) {:)) 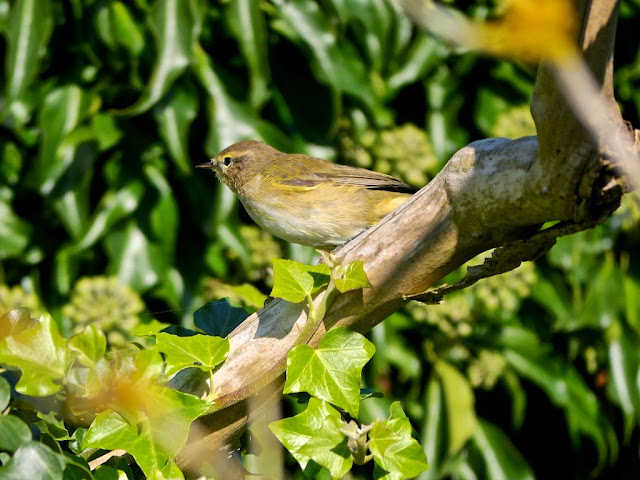 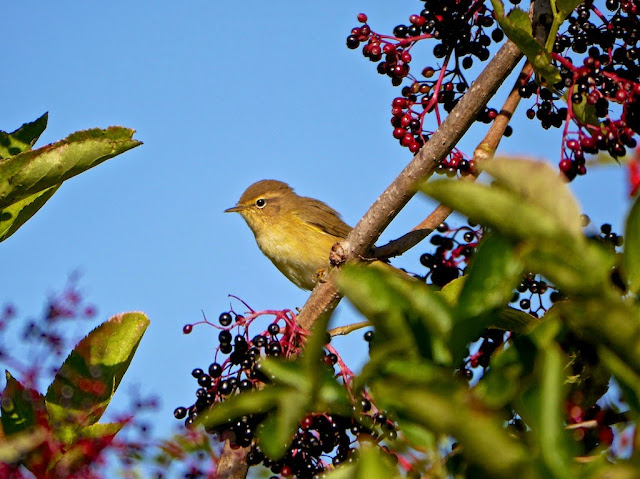 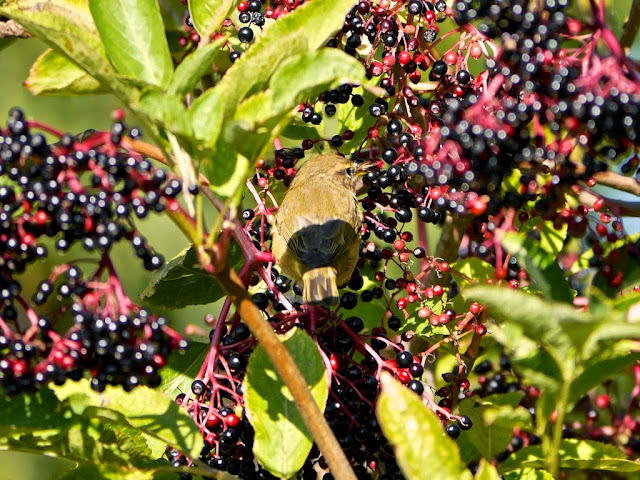 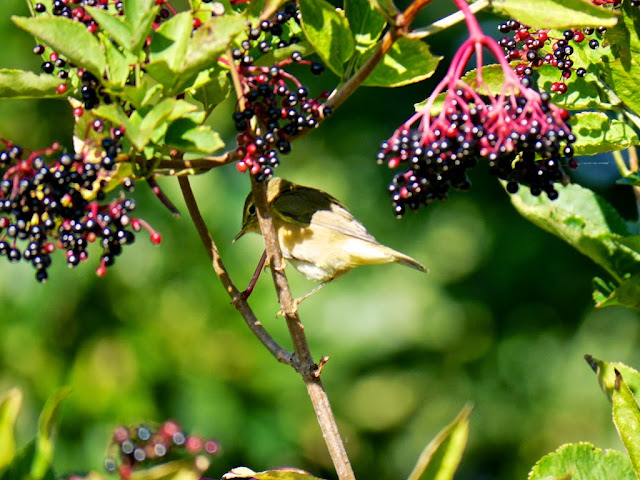 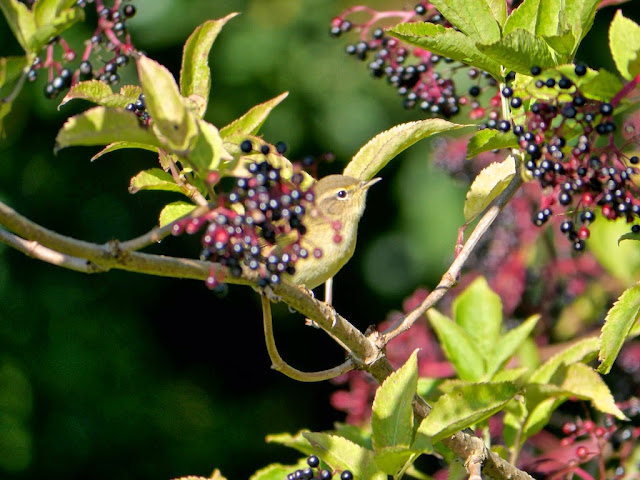 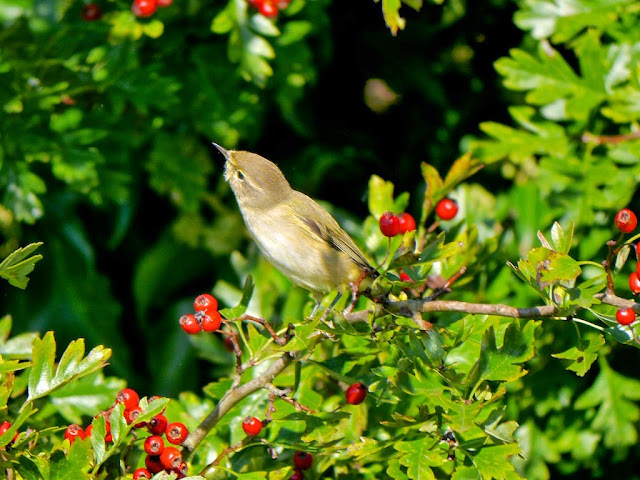 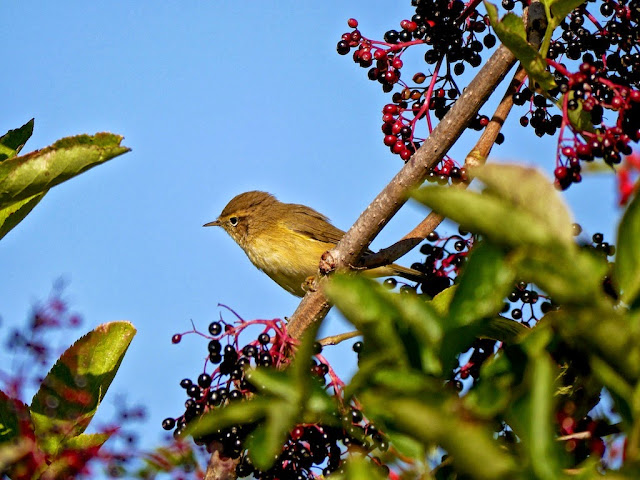