(There was a clue in the heading)

The Spotted Flycatcher is one of my target birds about this time of year.
I found three yesterday sitting high in Hawthorn bushes on exposed perches sunning themselves.

This species spends the Winter in Central and Southern Africa. It arrives in this country in May, usually one of the last summer migrators to arrive. Oddly for some inexplicable reason we don't get to see many Spotted Flycatchers in this part of Northern East Anglia on their arrival in May. However, we can be reasonably sure to see them on their Southern route at this time of year.

This group were no doubt stopping off for a few days and fuelling up before their next leg of the journey. They may then stop off at the Southern coastline for another fuelling session before the flight over the English channel to France or Northern Spain. I find the idea of bird migration quite fascinating.

As their name suggests they catch and eat flies and are expert at doing so. They will fly out from the perch, grab a fly and land back on the same perch. This goes on for as long as they continue to feed.
Hopefully I will find more in the next few days and get some better shots, but time is marching on. 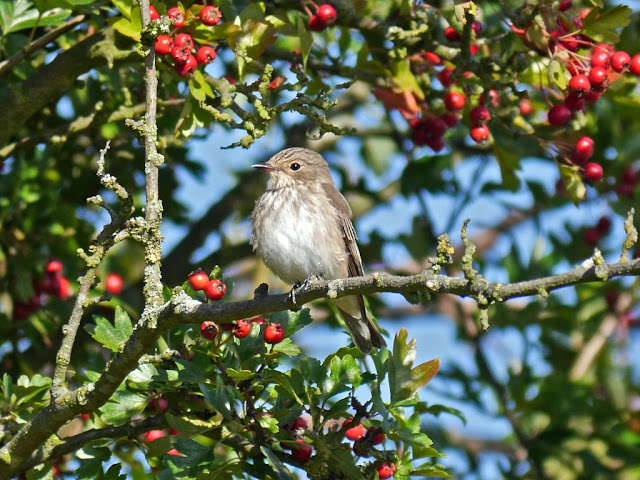 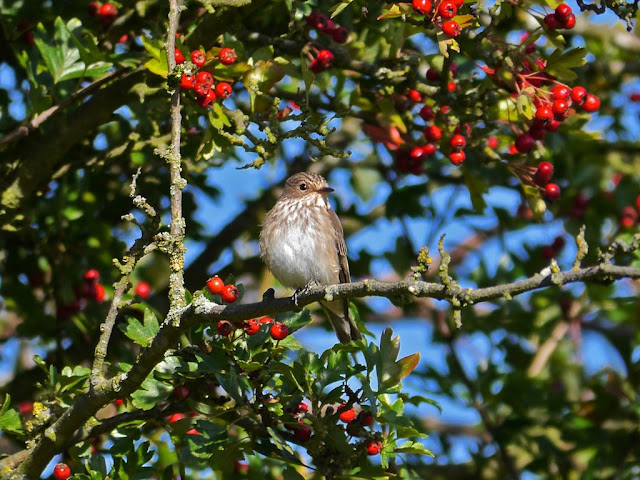 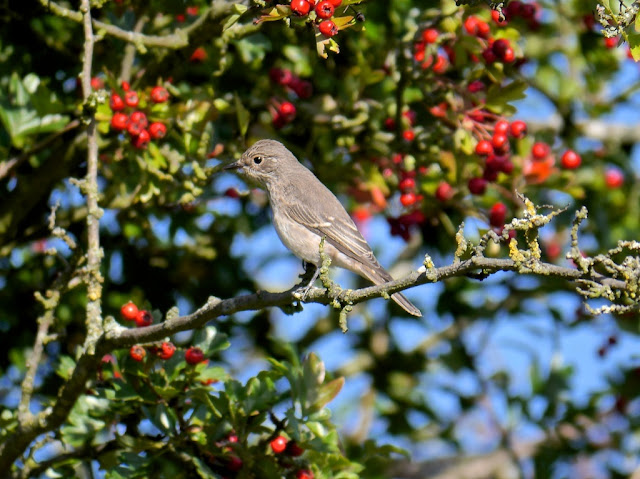 "Charming - thanks a lot for your assistance" 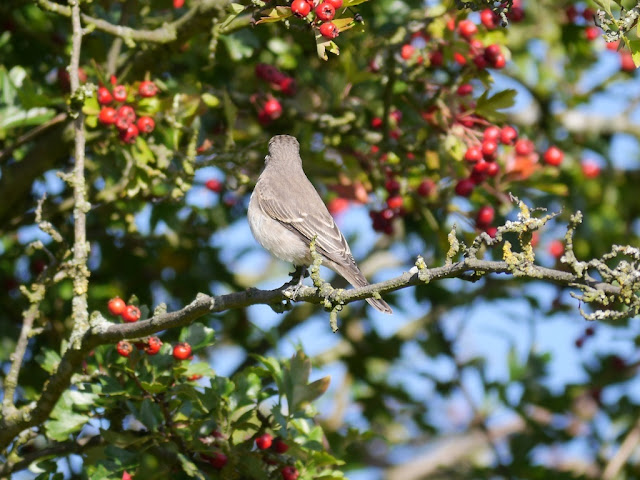