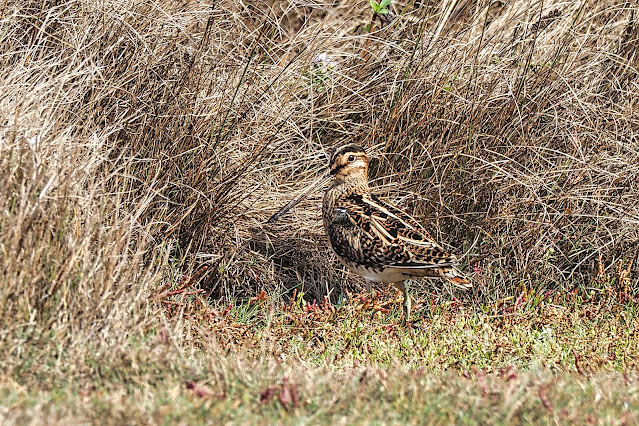 As the name suggests yes it is common, but not seen by many. The Snipe exists throughout the UK, but you have to know where to start looking and even then you need to be fortunate. Marshland Reserves are probably the best option. Finding it on farmland would be difficult.

As a boy growing up in the farming community of South Somerset I often heard about this bird. It was a topic of conversation especially amongst the shooting fraternity. If disturbed it would fly off at speed in a zig zag trajectory and rarely fell victim to the gun. As a matter of interest only, I would look out for one in the fields, but never with any success. They were undoubtably there however, in low fields and marshland. Why on earth would you want to shoot this beautiful bird.

The Snipe can be a migrant, resident, passage or winter visitor.  It is estimated that there are 80 thousand pairs during the Summer in UK. This increases to 1 million in Winter. The UK population has declined moderately over recent years and is currently on the 'Amber' conservation list.