The last of a three part series of images from my recent visits to Lodmoor Reserve, Weymouth.
The Geese are gathering in some numbers now at this time of year. Most days they fly from one part of the reserve to another and back again. On windy days they relocate several times. It is mostly Canada Geese at the moment. 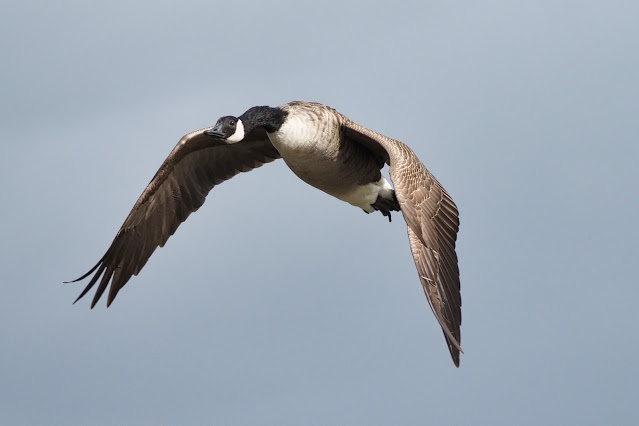 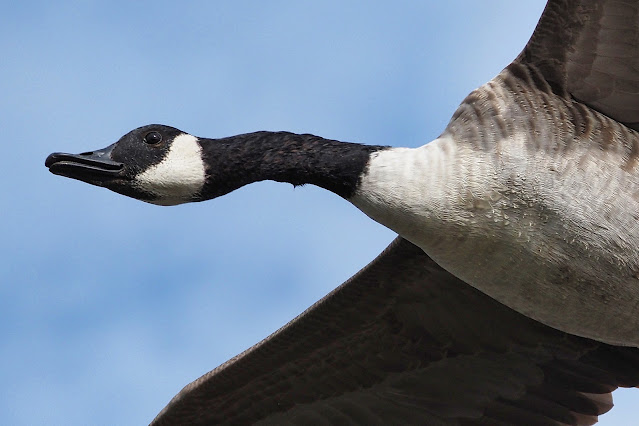 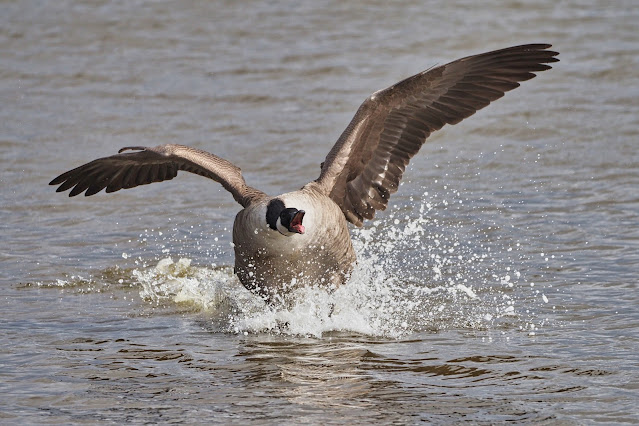 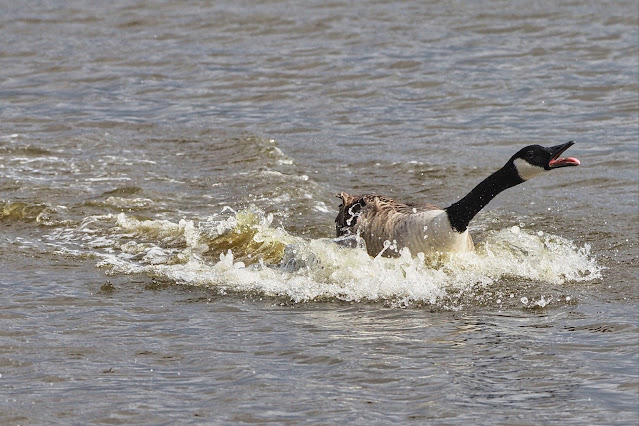 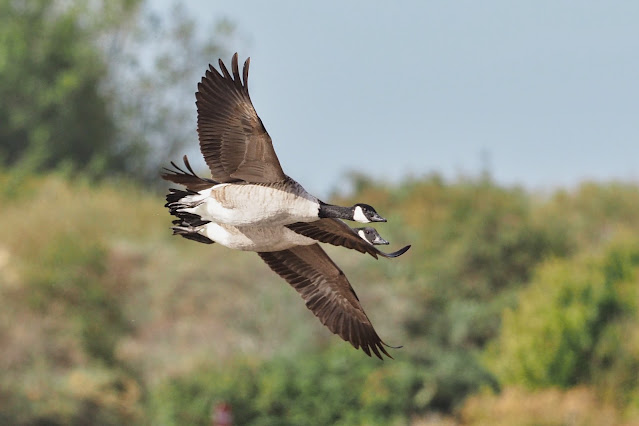 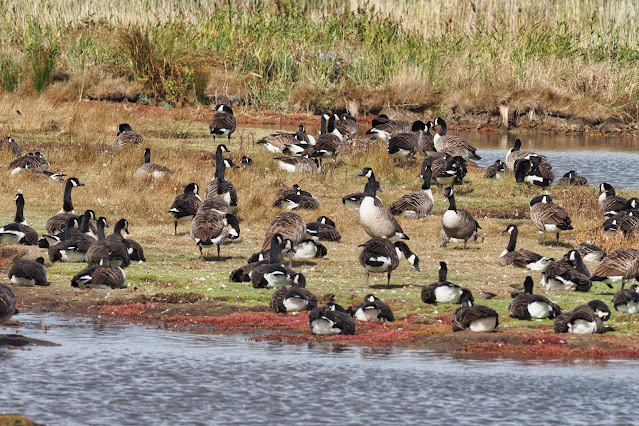 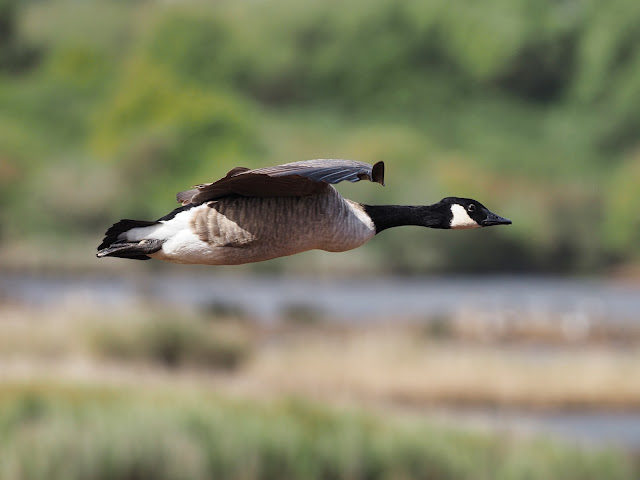 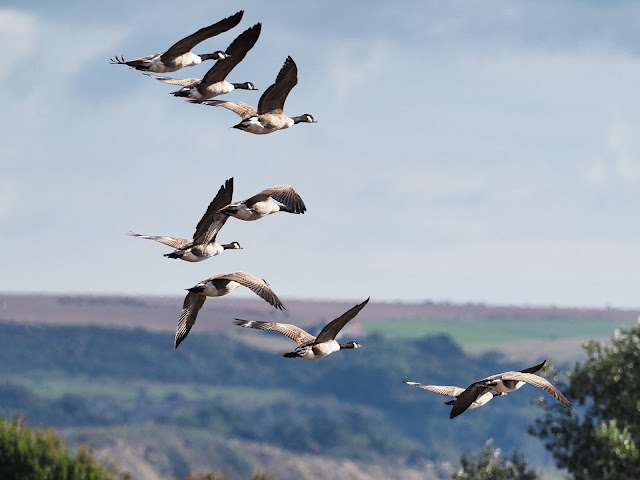 Occasionally one can find a single Redshank feeding on the Reserve.
Usually quite some way from the camera lens though. 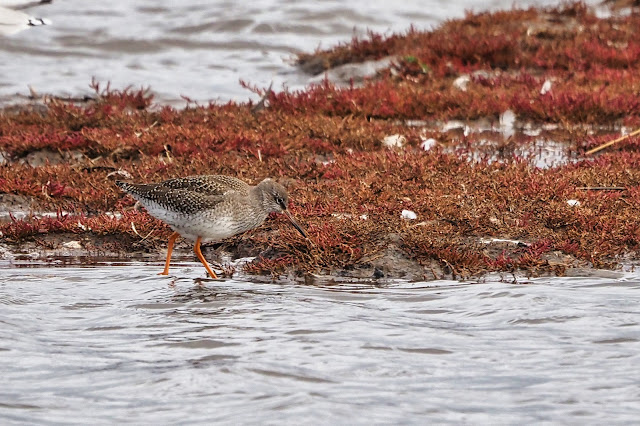 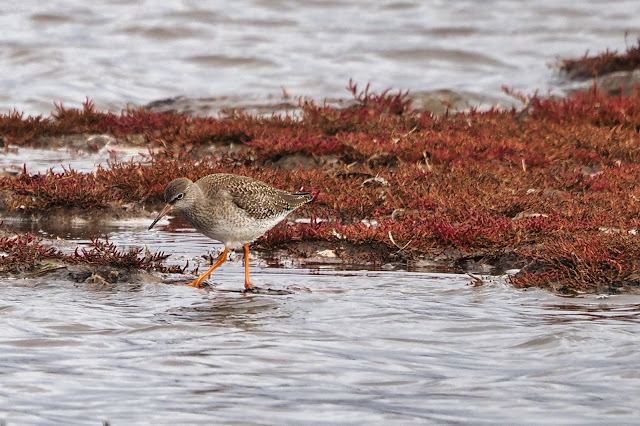 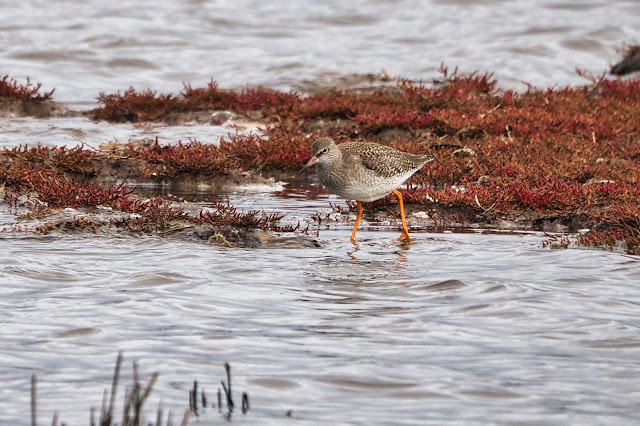 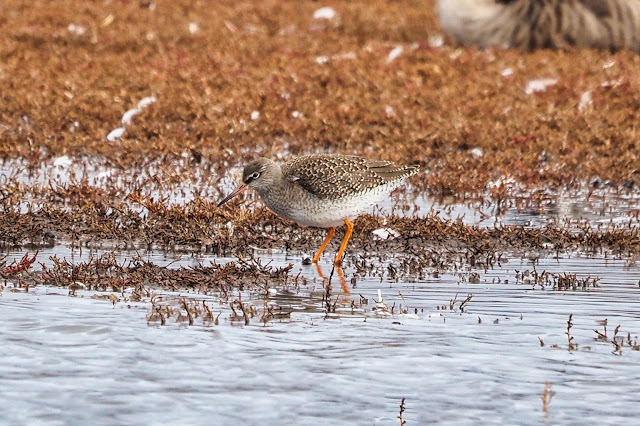 The Red Admiral Butterfly.
I have not seen many this Autumn, which is a time that they are normally quite frequent. 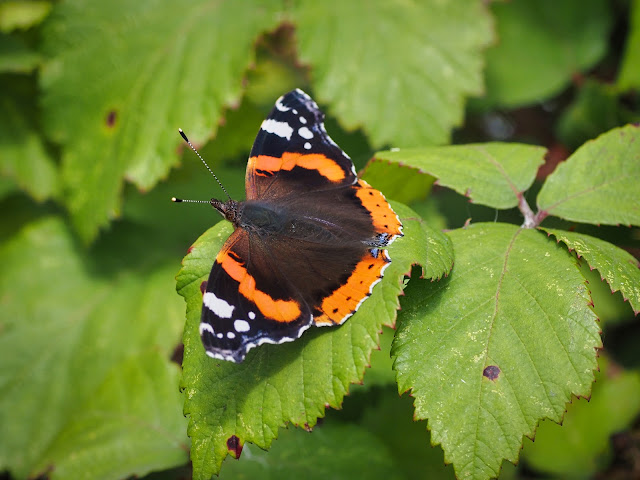 To round off the series.
I was able to get some shots of a couple of 'Odd Balls.' Greylags mixed with something else.?? 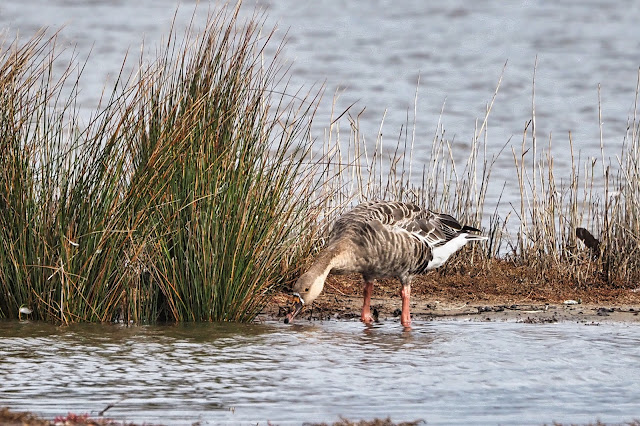 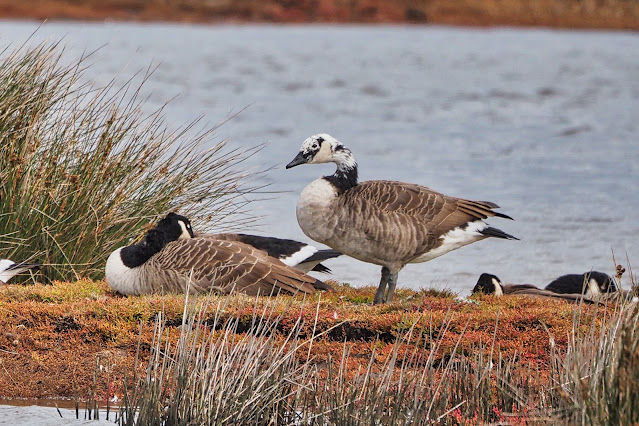