Waxwing - From The Archive

From the Archive
Over the next few months my former Birding colleagues (located at the previous part of the country where I lived) will be on the look out for this species.
I took these images some 10 years ago and it was the first of two times that I have actually observed them.
Dependent on the lack of food source in Scandinavian countries, these beauties will fly South West to the Eastern part of UK.
They will feed on the various berries, mainly Haw and Hip that remain on trees and bushes. The East of England is a likely area.
I doubt that I will be fortunate enough to see them here on the South coast. 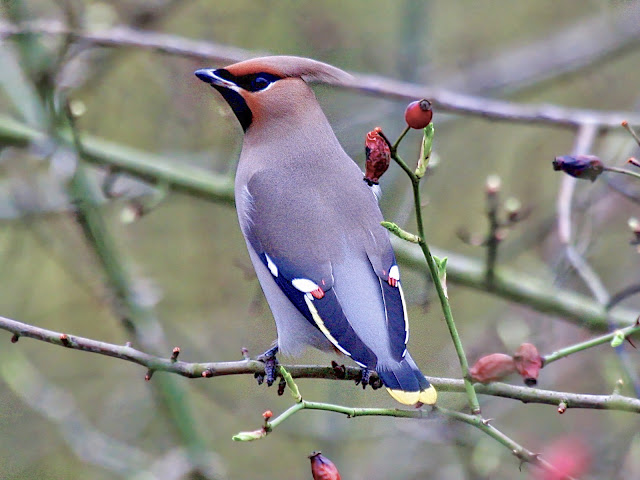 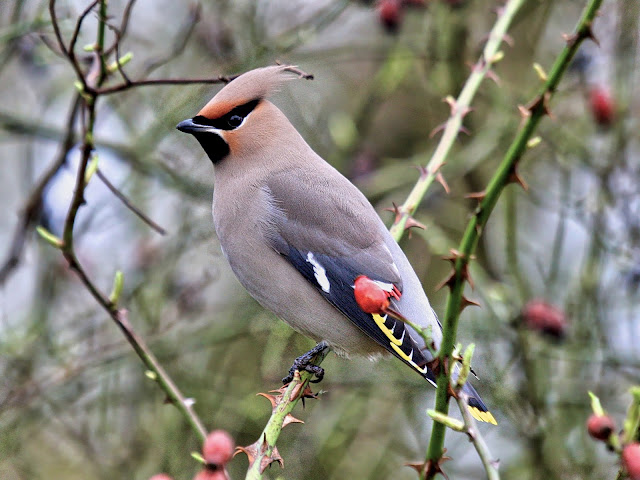 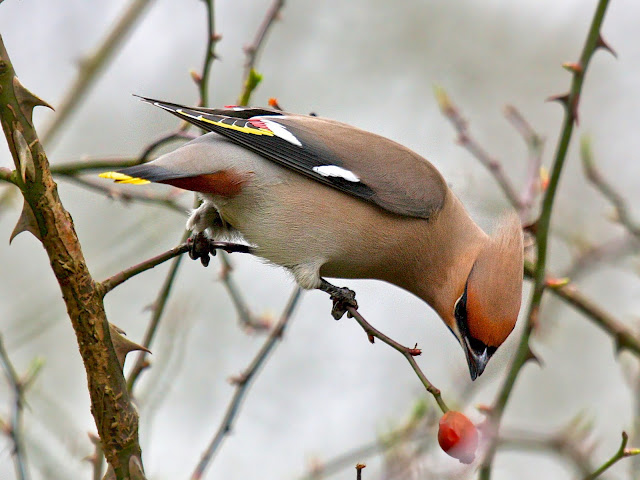 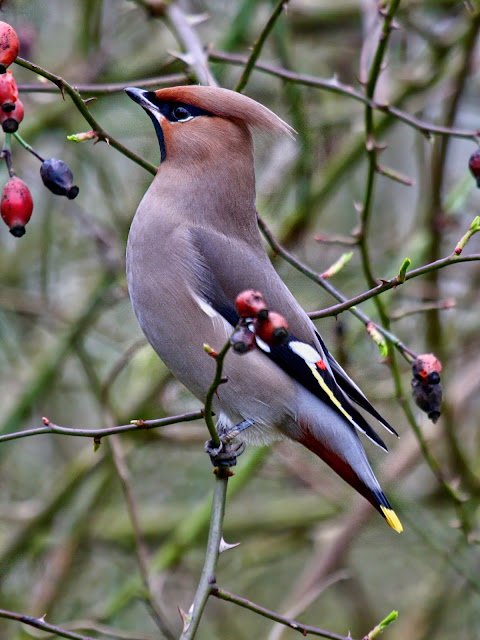 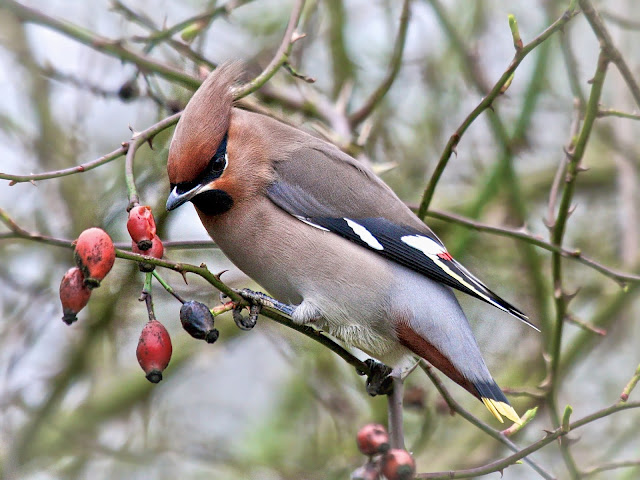 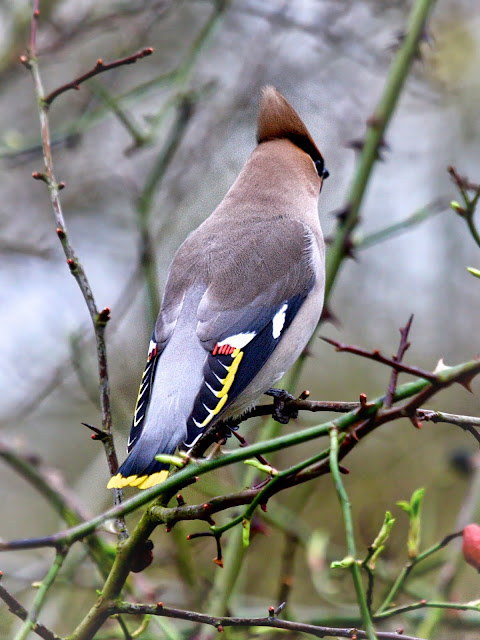 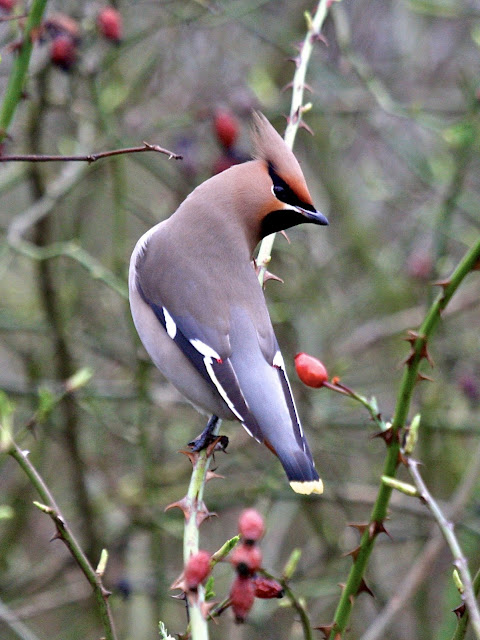 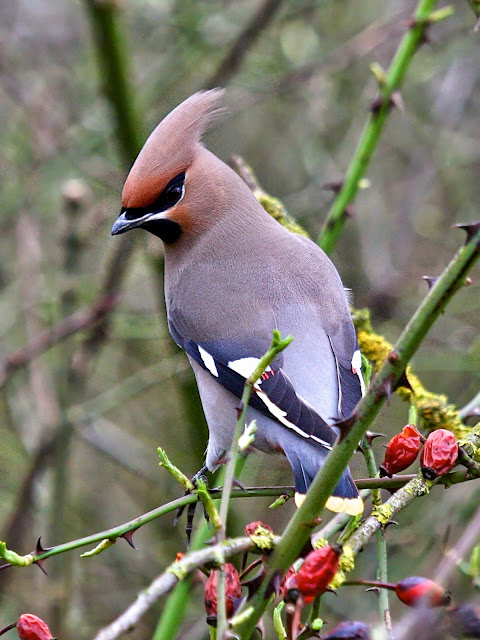 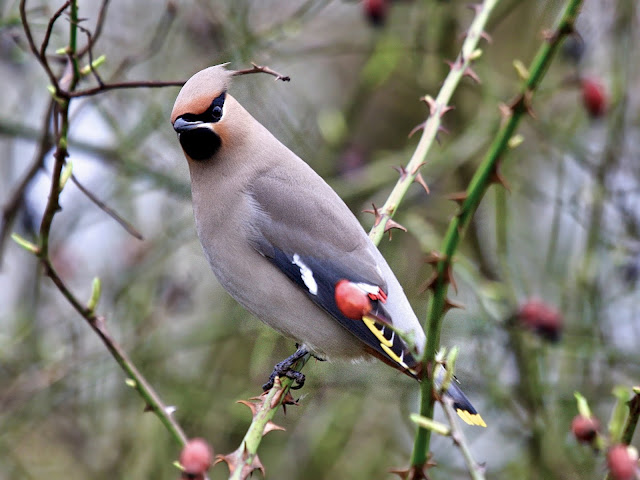 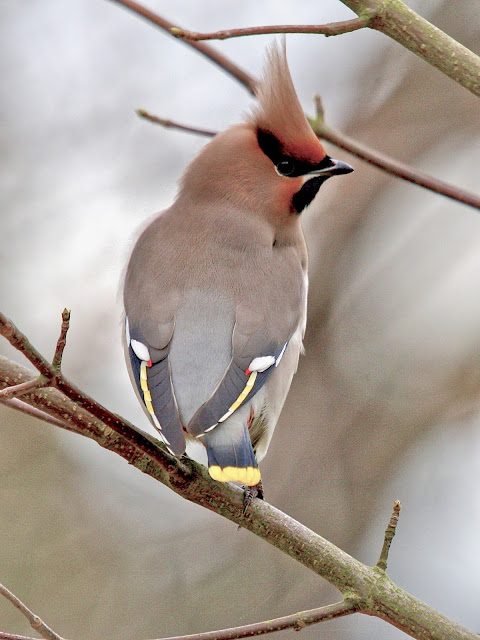 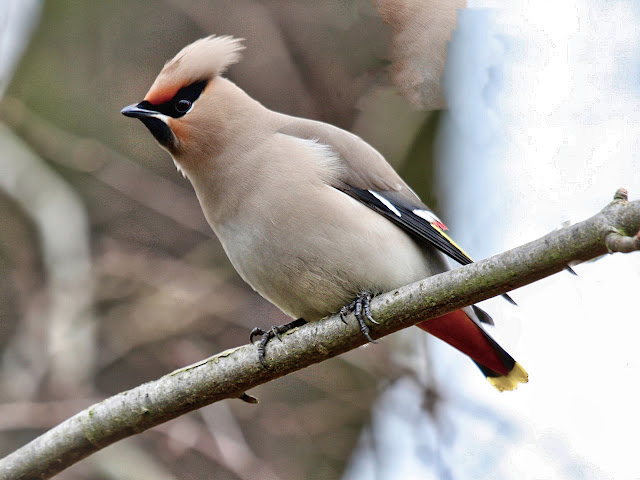 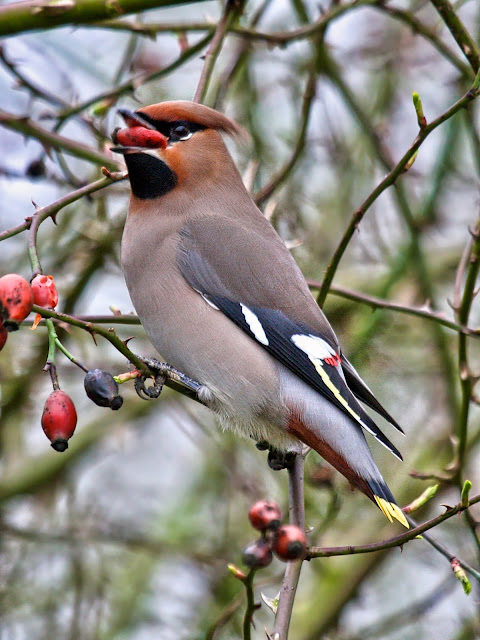 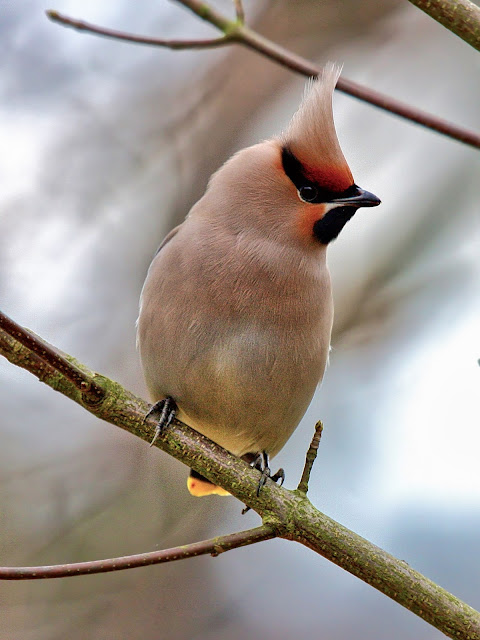 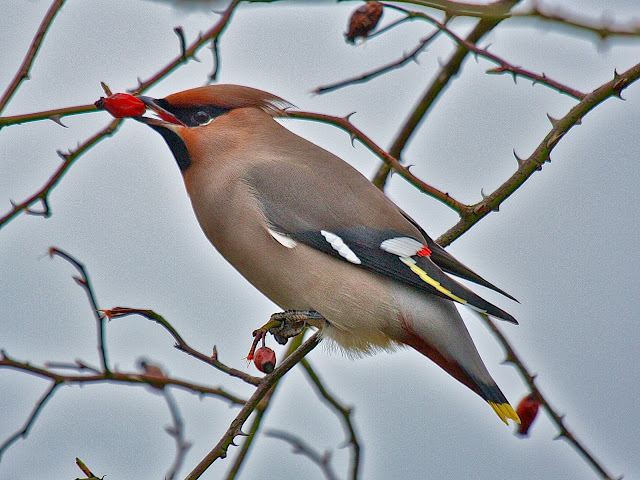