We get the occasional different water bird/fowl during the winter months that visit the local parkland lakes.
Nothing different for weeks, then we may get two or three at once.

A visitor this week was the Scaup Duck. It is slightly larger than a Tufted Duck. From a distance, when amongst a flock of Tufties, it can look rather like a female Tufti. When I was observing this one I took my eye off of it for a few minutes and lost it. It took a while to find it amongst about 30 plus Tufties.

There is some discussion amongst the local birding experts that this one may be a Hybrid Tufted Duck/Scaup. Whatever it is I was pleased to see it and as I said before, I just take the photographs. :o) 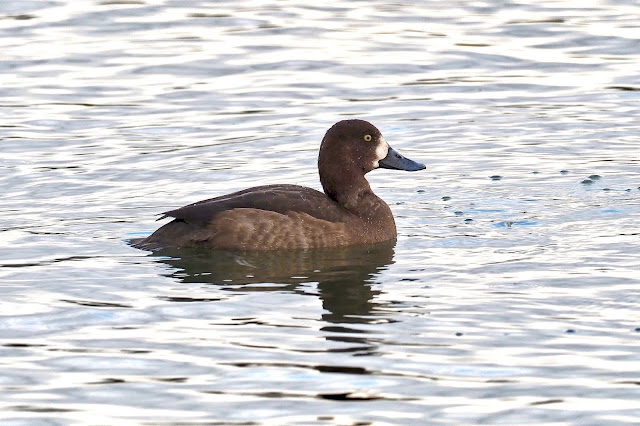 The Scaup visits the Eastern side of the UK (mainly the coast) during September to April, but will come in land a short distance to local lakes.
In its breeding season it resides in Iceland, Scandinavia and Siberia. 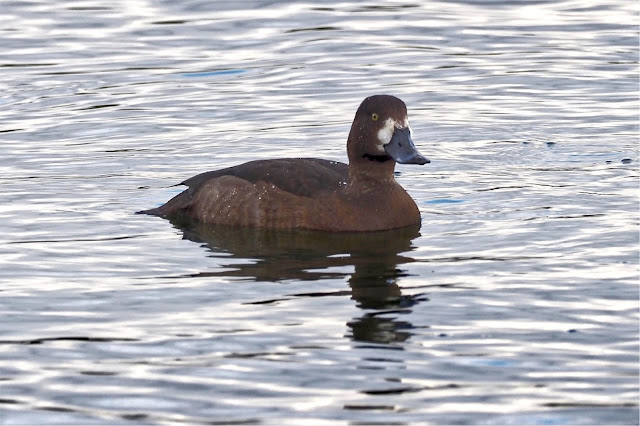 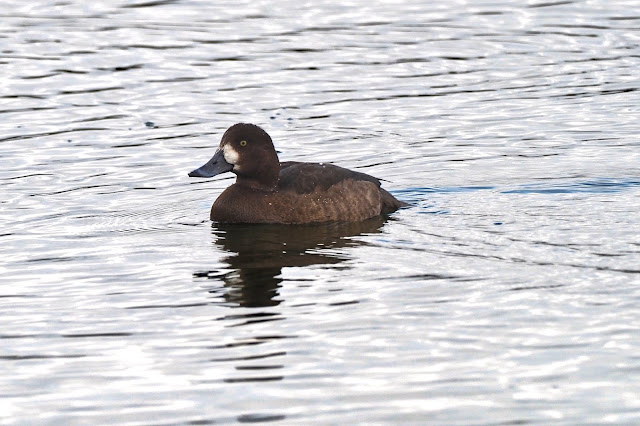 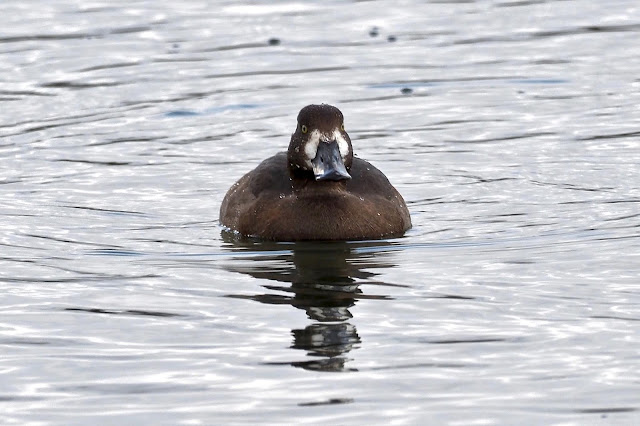 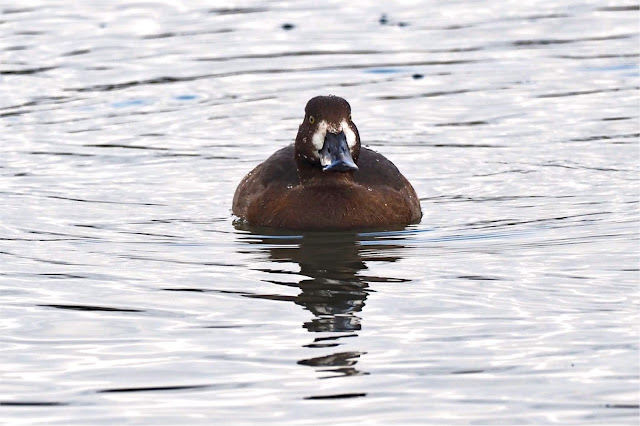 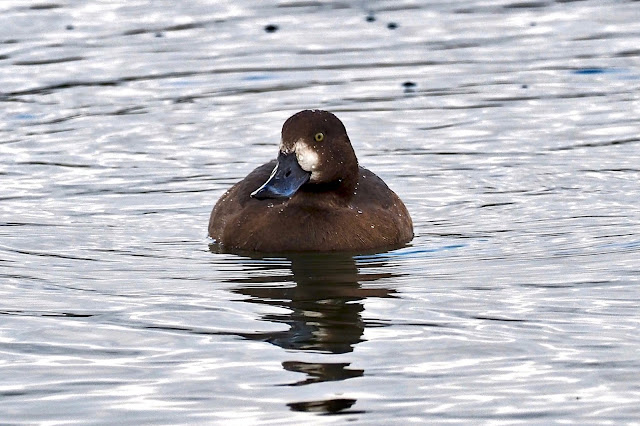 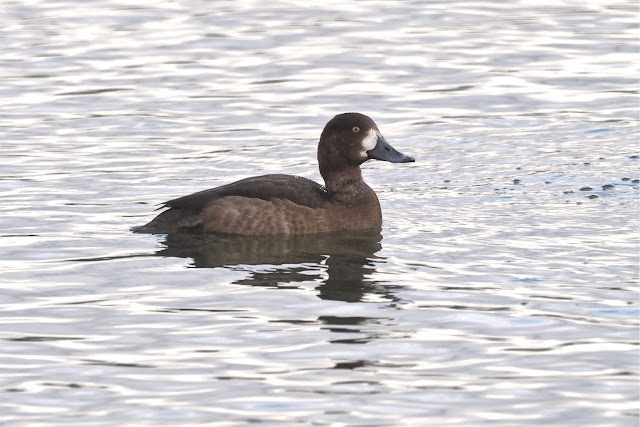