A welcome winter visitor to the local Parkland lakes this week.
The Red-necked Grebe breeds in eastern Europe during the Summer (Denmark and eastwards). It may visit the eastern coast of England during winter, but a more scarce visitor to eastern inland lakes.
The Parkland lakes are approximately 45 kilometres from the Wash. 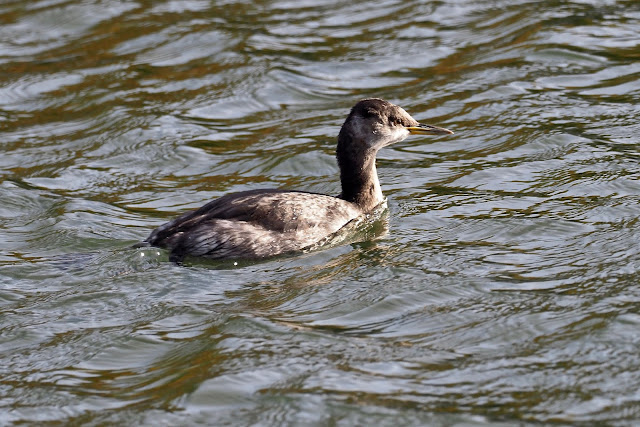 This bird had been observed for a few days on one of the Parkland lakes. (which measures approximately 300 metres wide by 500 metres long) When I first observed it, typically it was way out in the middle of the lake at telescope range. I watched from the south side of the lake and moved to the east side as I guessed it was a little closer to shoot. When I arrived there it had drifted to the west side of the lake. (Obviously a bird with a wicked sense of humour I thought)

Anyway fortunately when I arrived at the west side it took pity on me and came within 600mm lens range. 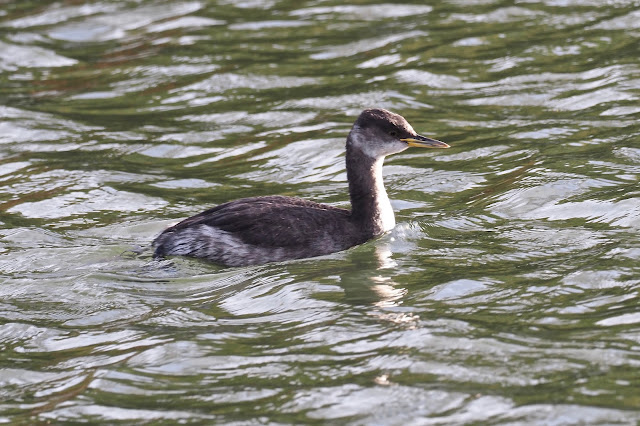 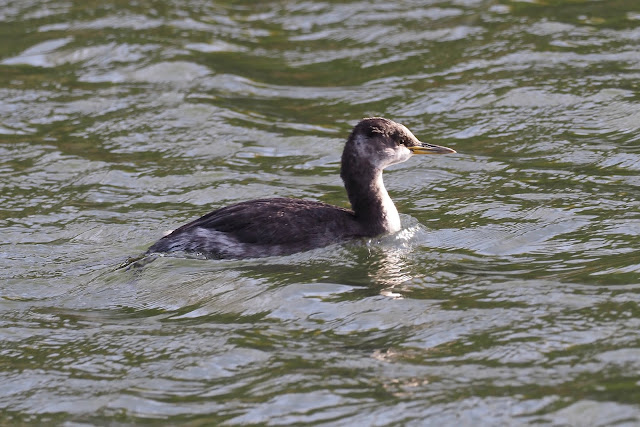 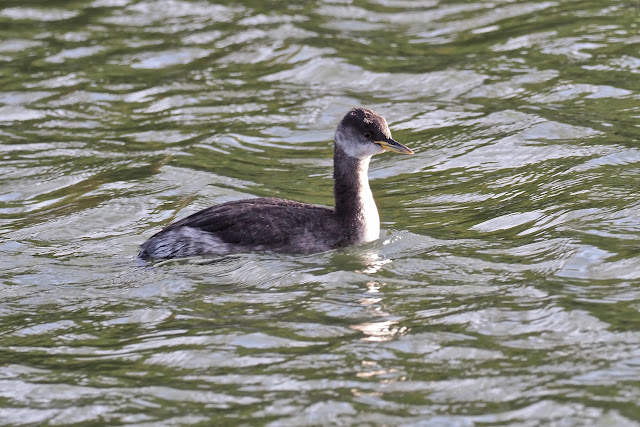 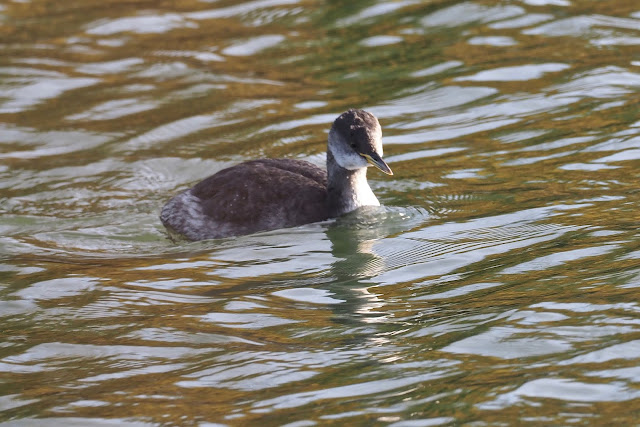 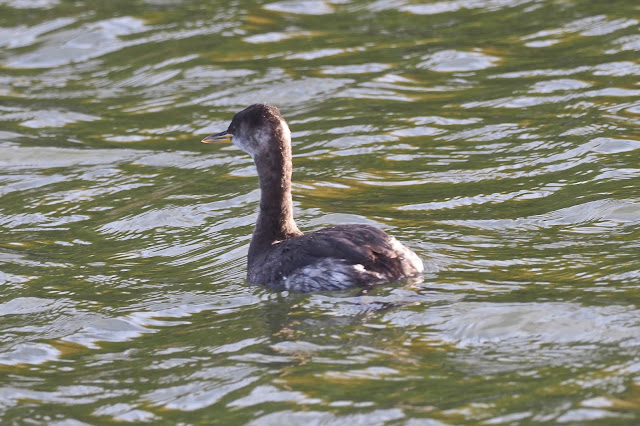 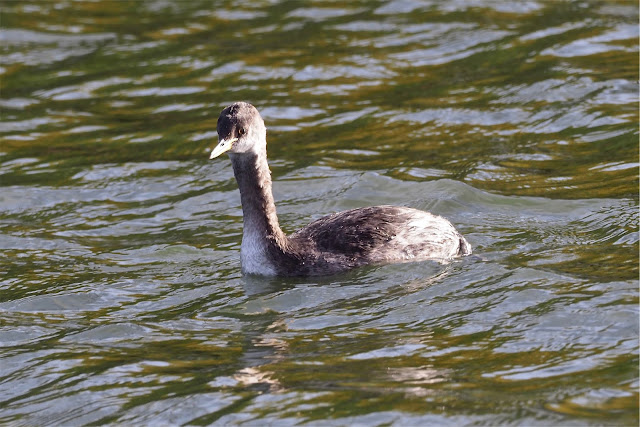 Below shows a comparison with the Great-crested Grebe which are common and plentiful in the area.
Both of course are in winter plumage. 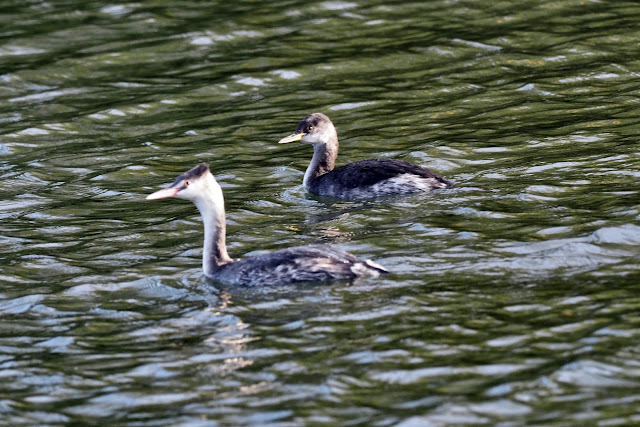 The detail in the below images is not of the same standard as above. 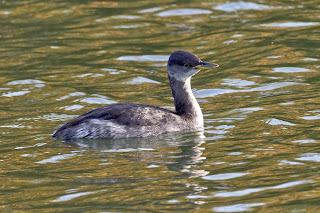 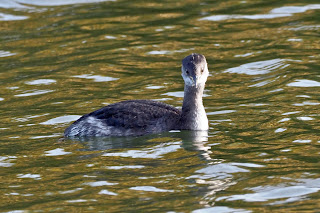 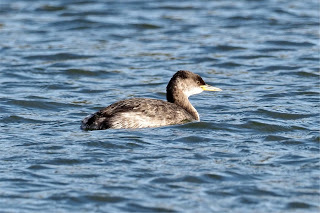