Clash of the Great Whites

During my recent brief visit to Lodmoor Reserve Weymouth I witnessed something rather dramatic.
I normally only get to see one Great White Egret at that location and not that often. On this occasion there were three. It seemed to me that it was a pair and the third was a male interloper that was encroaching on their territory. I couldn't be sure of this of course and is pure supposition on my part. 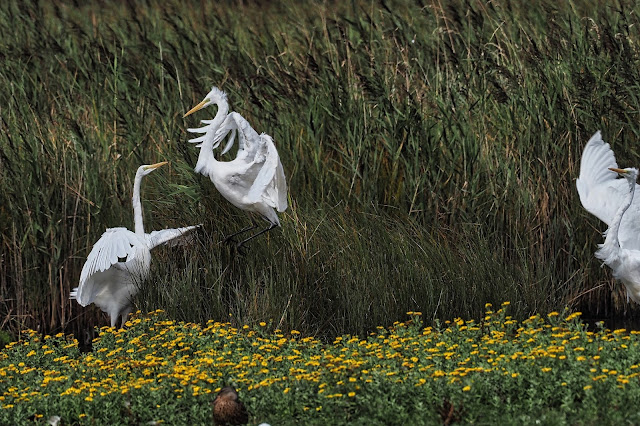 However a battle ensued and the interloper was eventually driven off.
The incident occurred at quite a distance from my position. I was using a 600 mm (equivalent) lens and a 2 X converter. Because of the white plumage I also had to under expose quite a lot to get any detail. 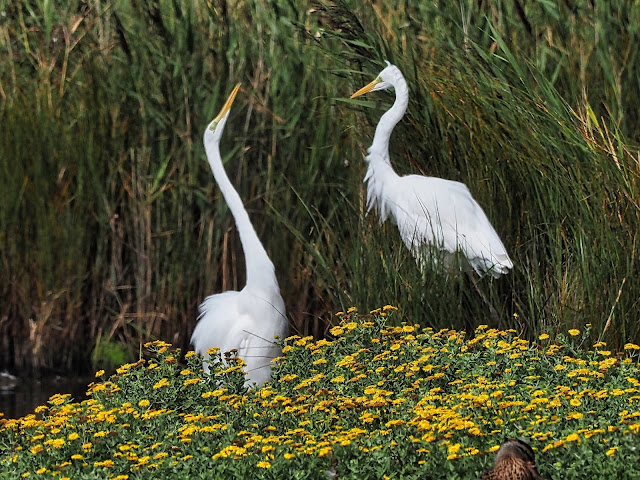 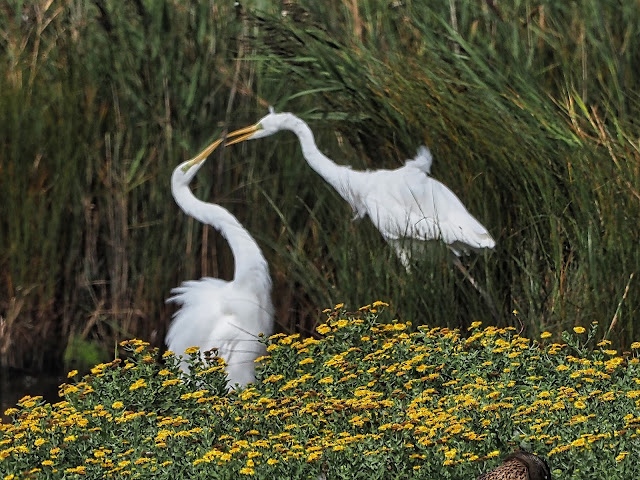 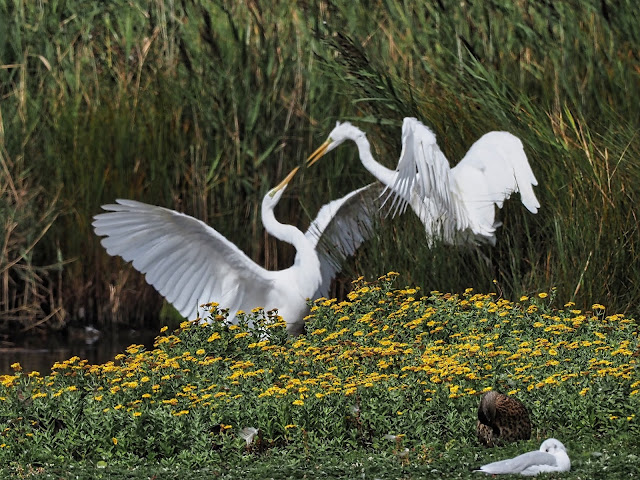 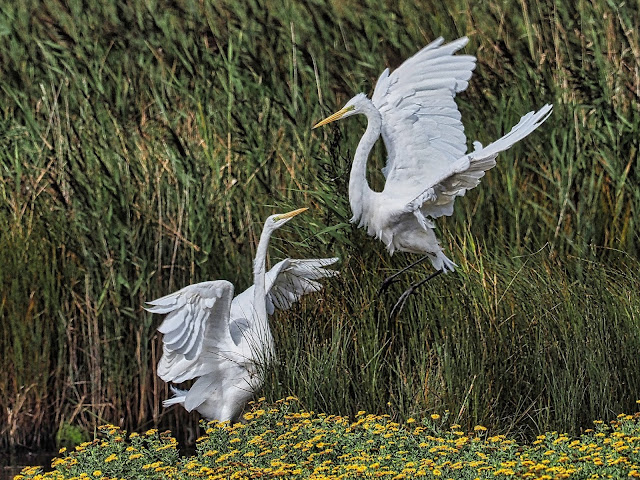 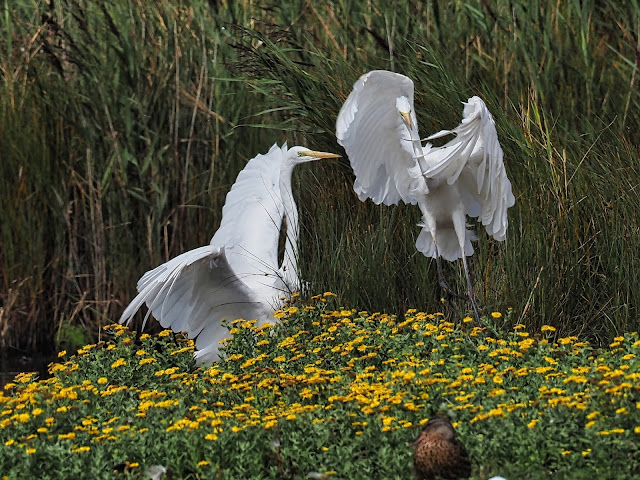 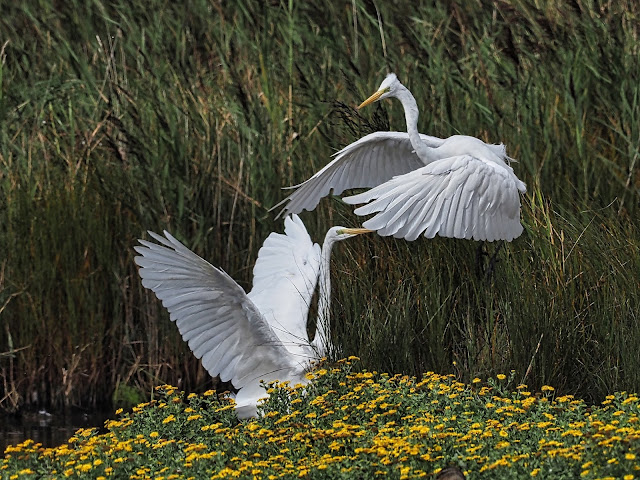 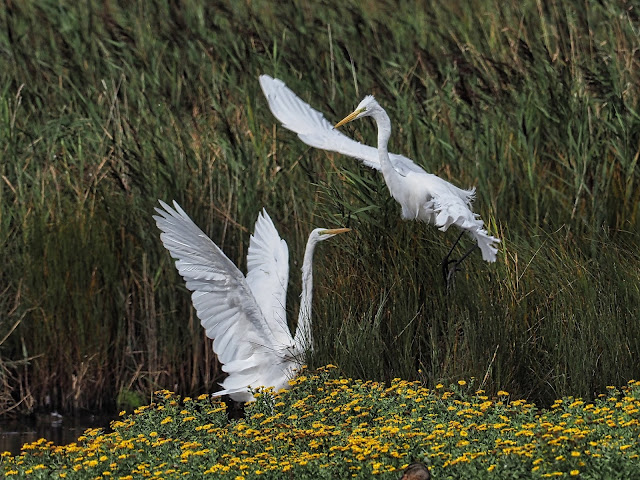 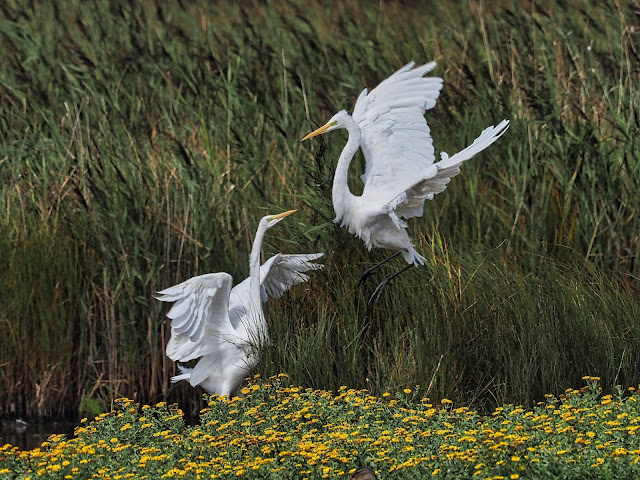 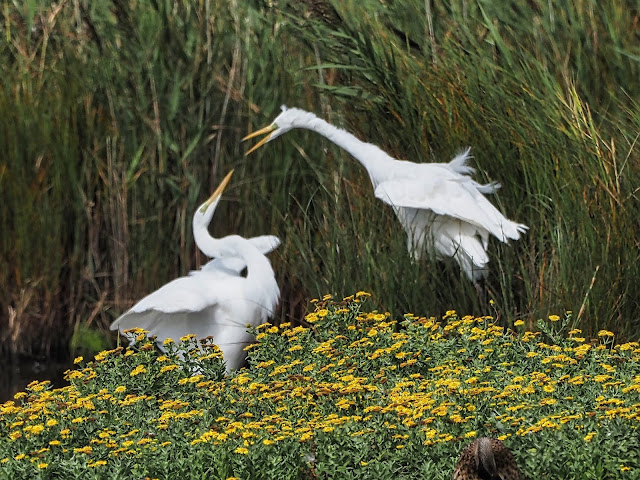 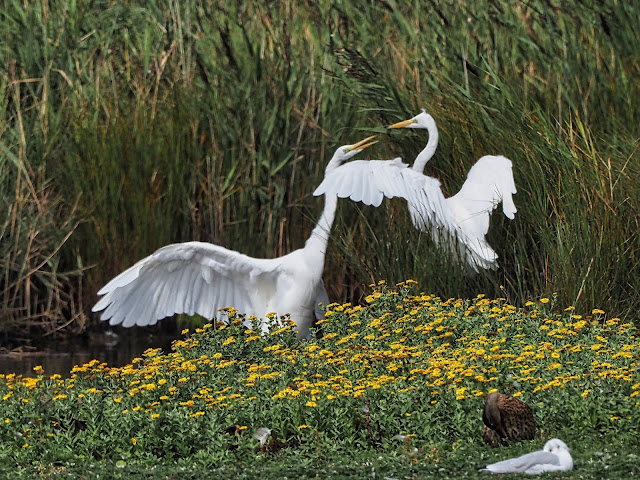 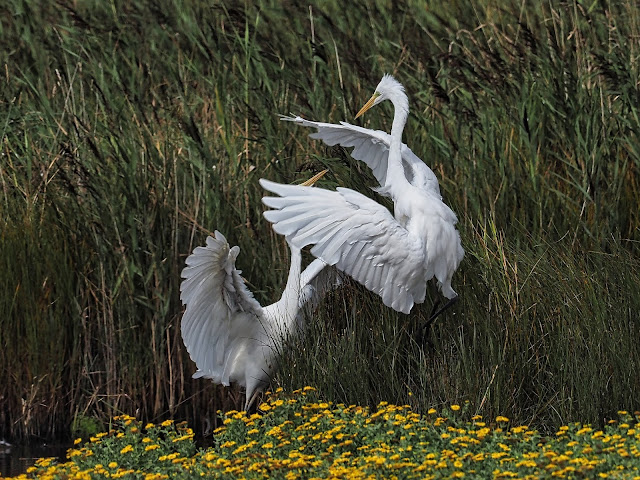 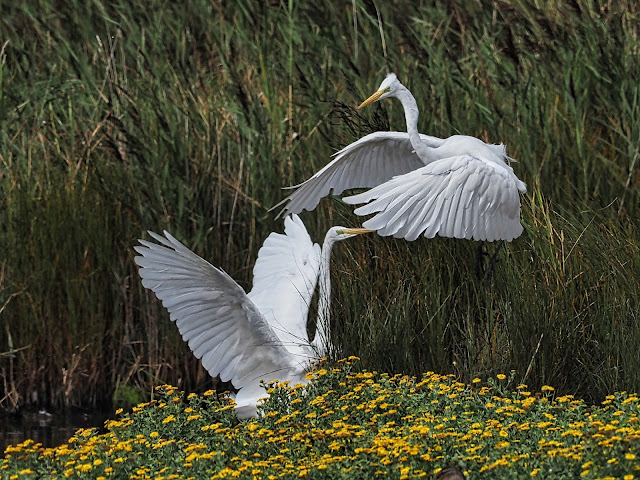 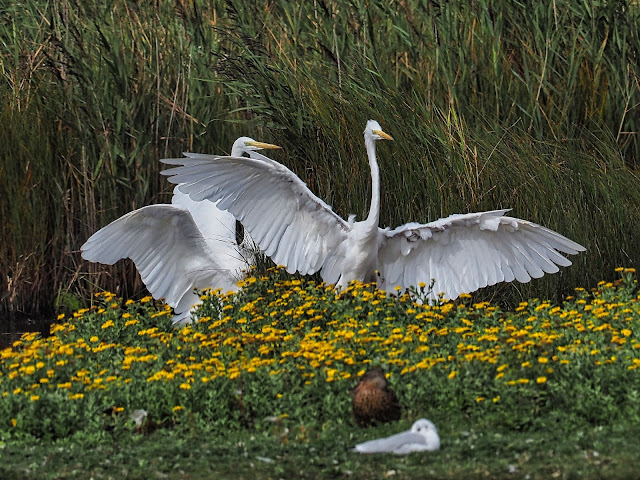 The female Mallard and Black-headed Gull in the foreground (See above) appeared to sleep through the whole event.
The shot below shows the male finally driving off the interloper. 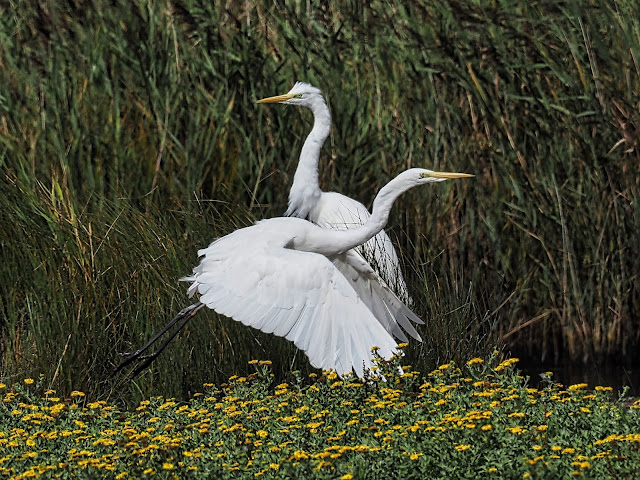 Honour and status was restored and the female withdrew into the reeds. 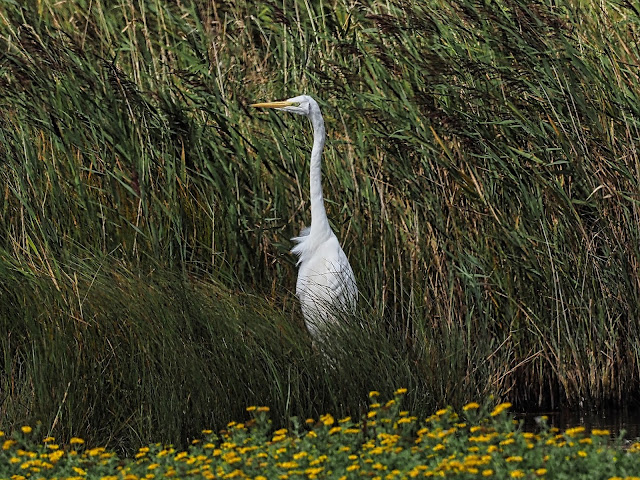