Something Amazing to Witness.

Please note: These images were taken through a window with a long lens and the bird was not disturbed in any way.
Woodpigeon normally lay two eggs per brood and  normally two  broods per year. I cannot be certain if there are two young on this nest or three. The young (known as Squabs) are covered in down initially and are fed by both parents. The fledgling period is about 37 days. 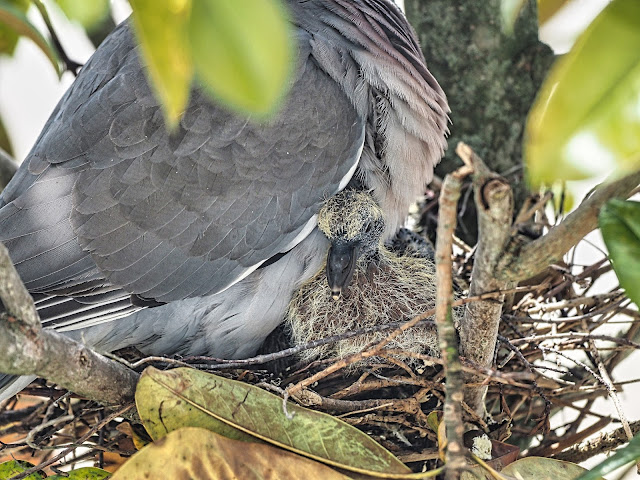 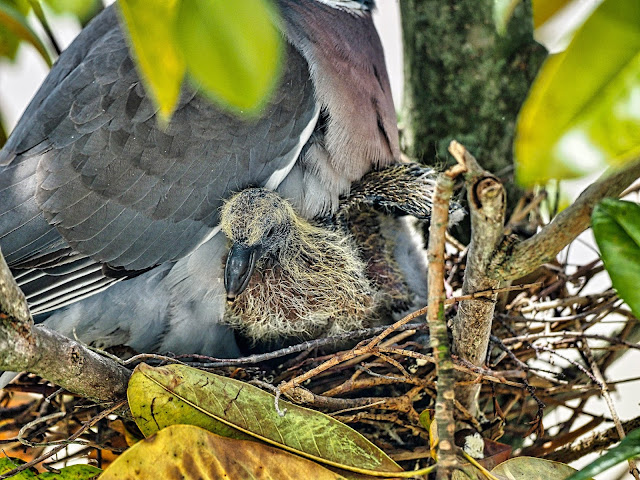 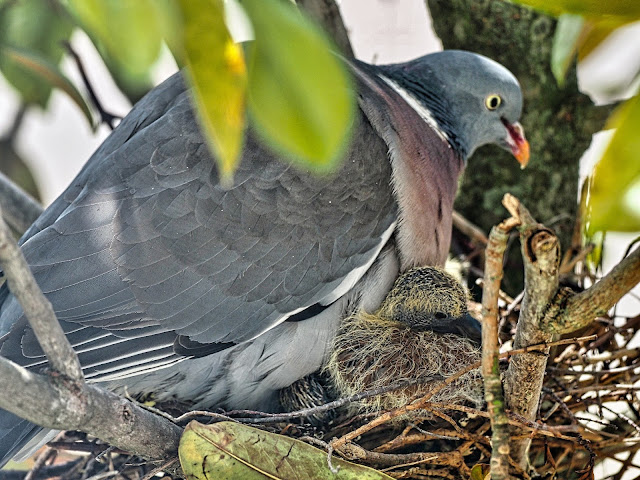 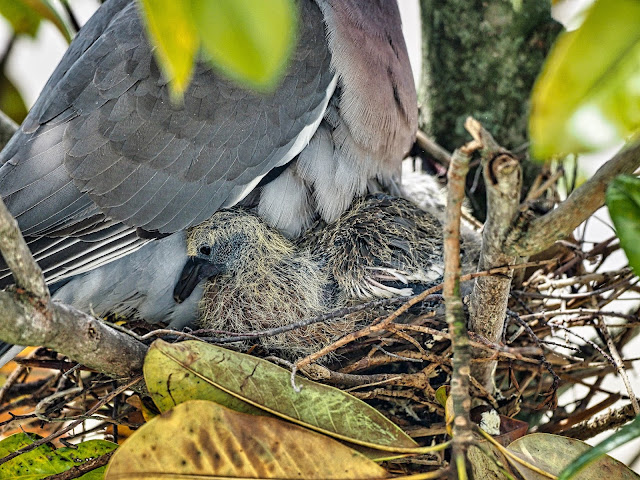 The young feed on Crop Milk which they get from both parents. Woodpigeon have cells in the throat that produce the milk. It does look rather drastic and unpleasant the way in which the young stick their beaks down the parents open beak. (As shown in the following images.) 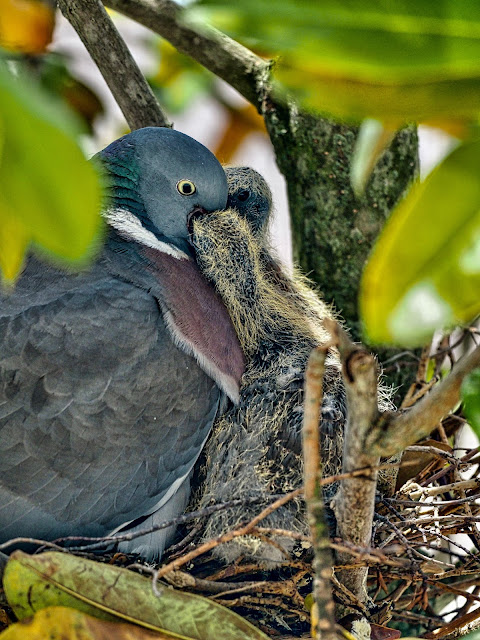 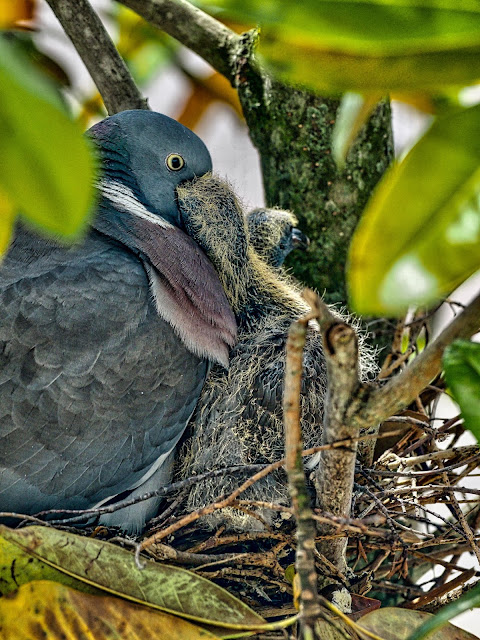 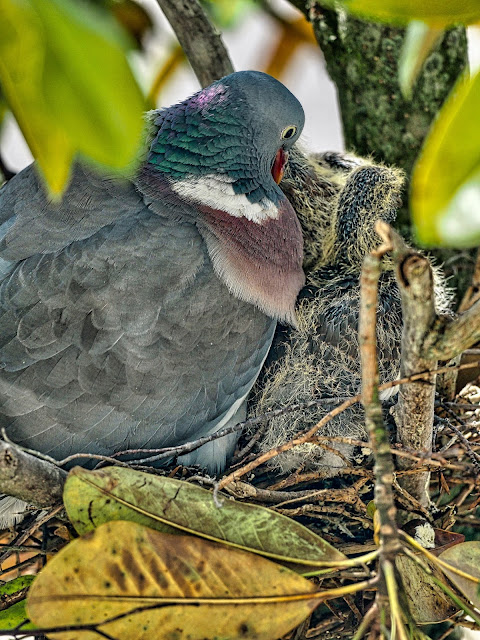 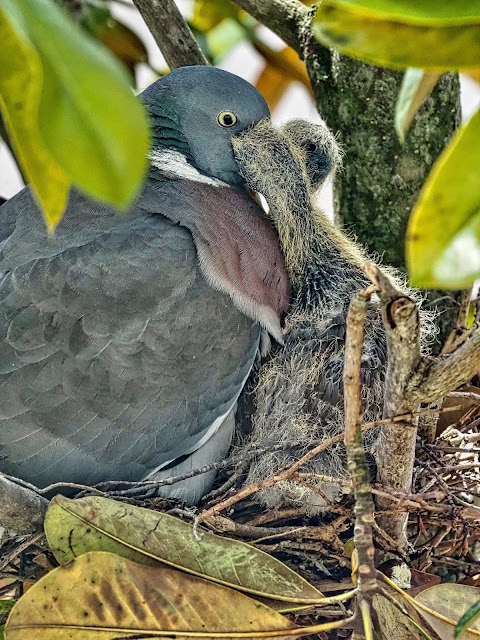 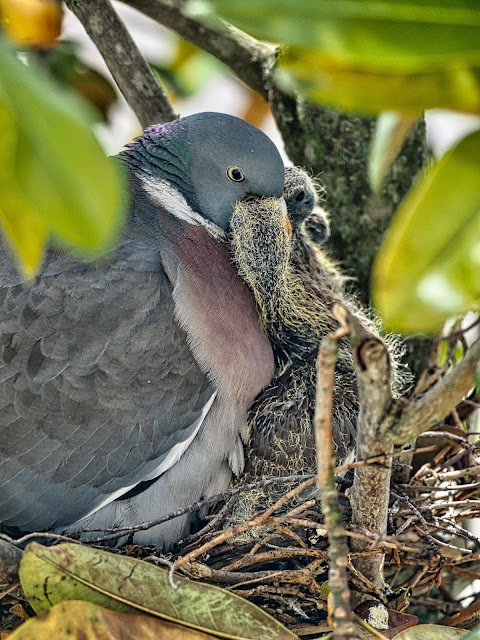 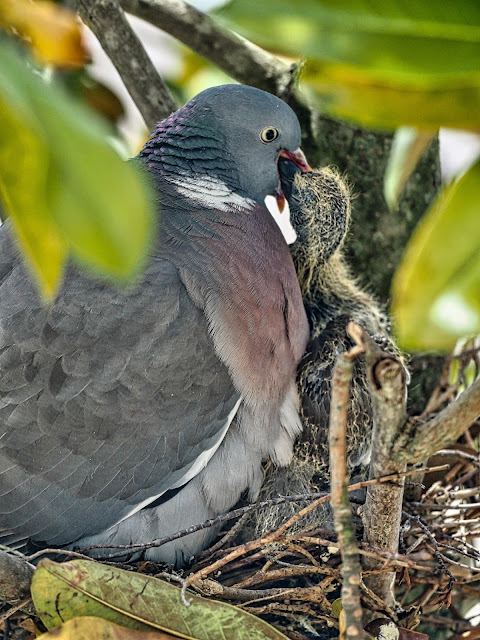