Visiting Lodmoor Reserve a few days ago I noticed two Black-headed Gulls acting strangely and making angry noises at each other on a small strip of mud bank.
On a subsequent day they were there again (or at least it was two of the same species) carrying on at each other until eventually it turned into a full blown dispute over a this slither of mud. It provided an opportunity for a few action shots. 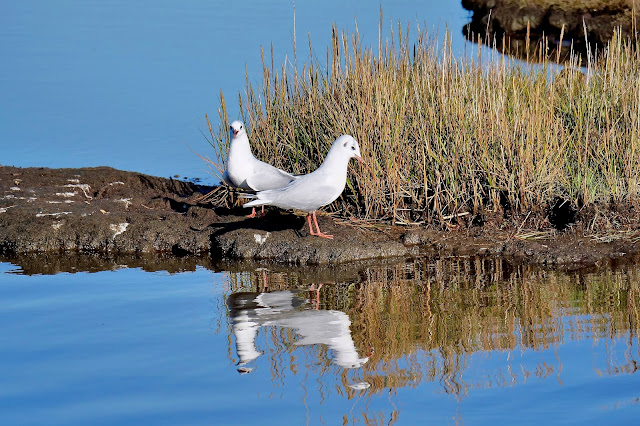 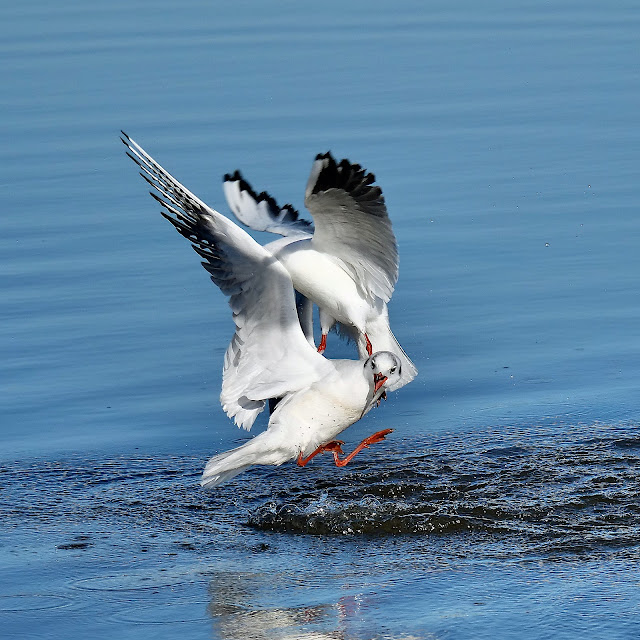 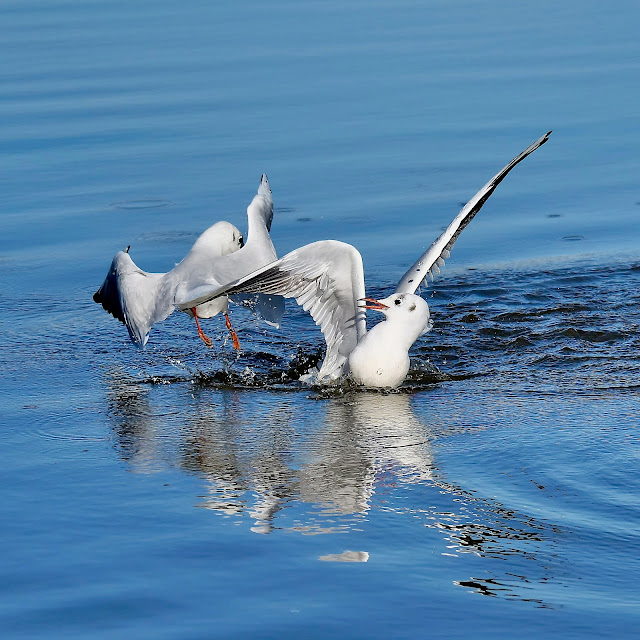 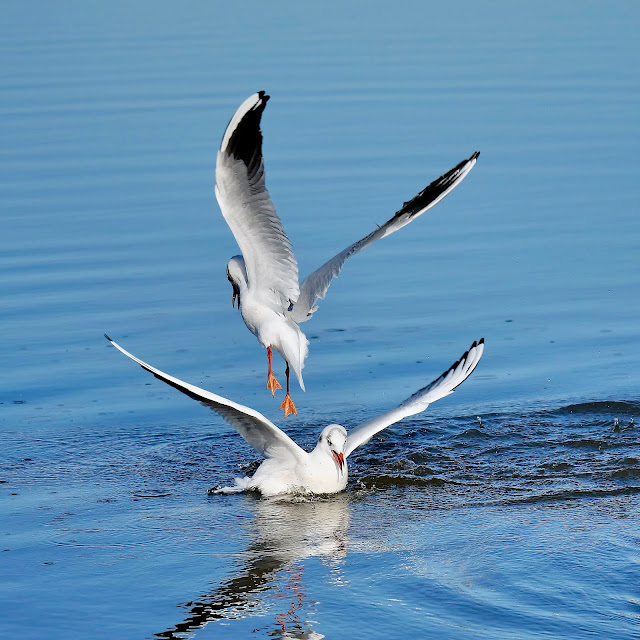 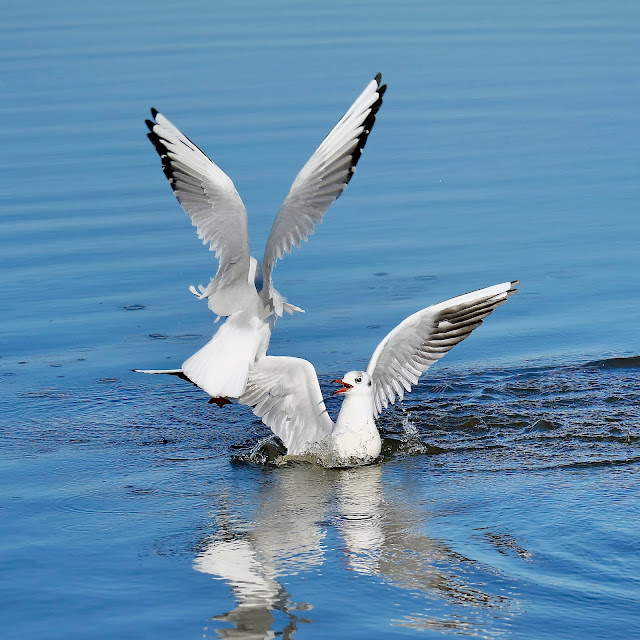 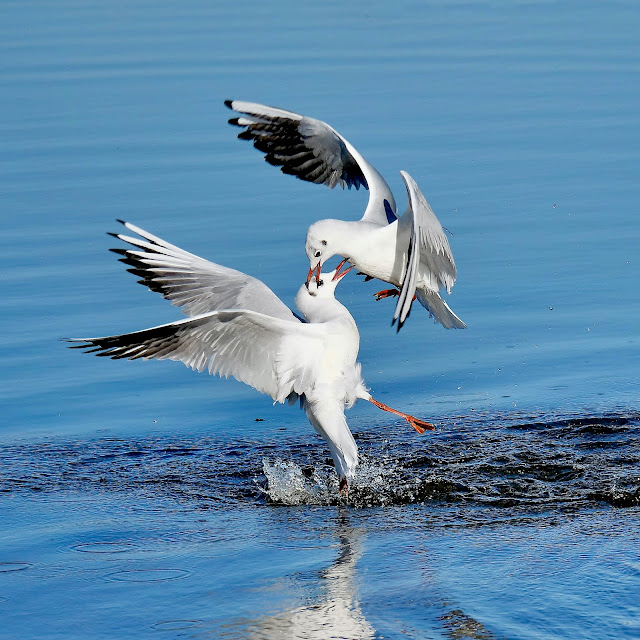 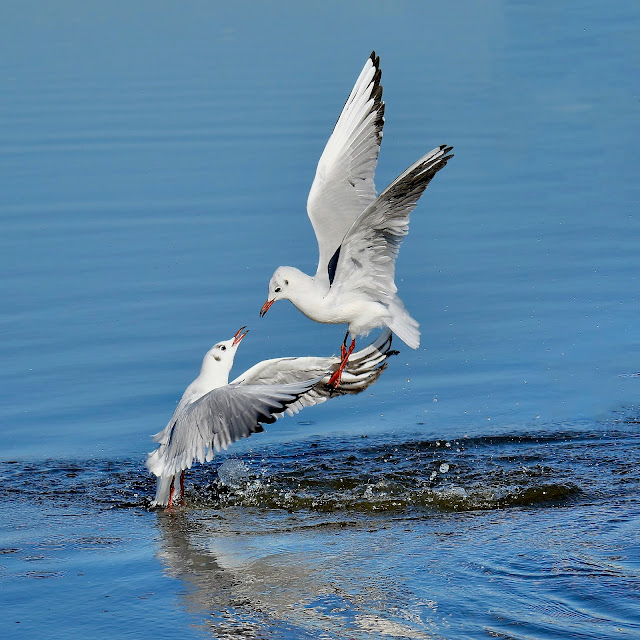 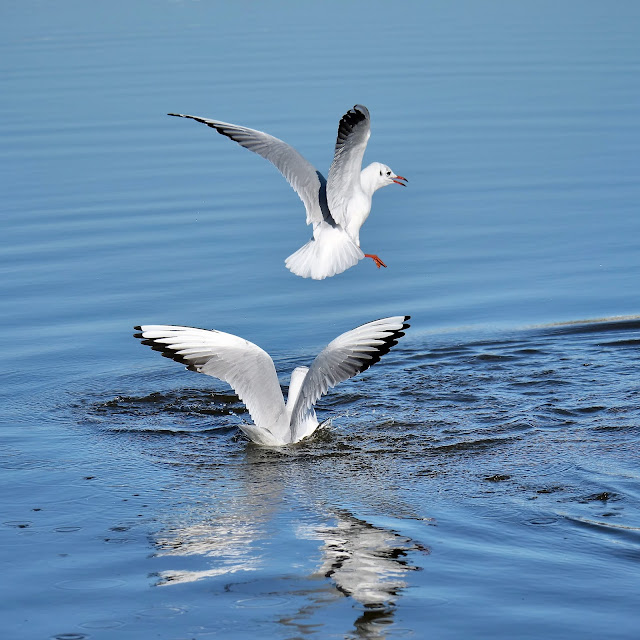 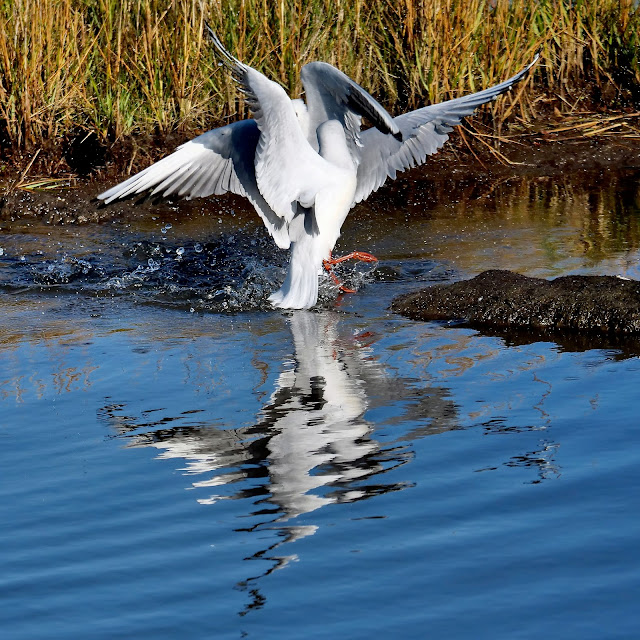 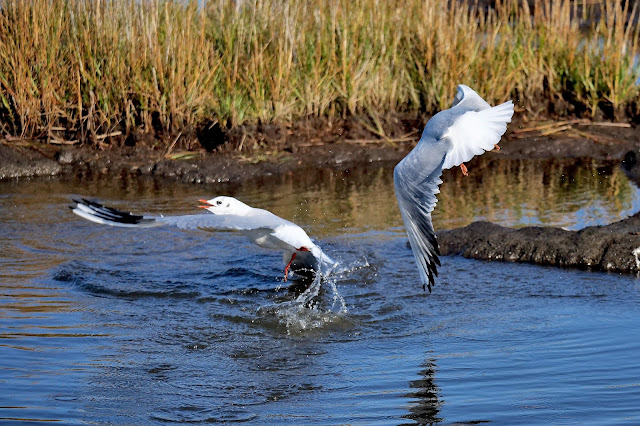 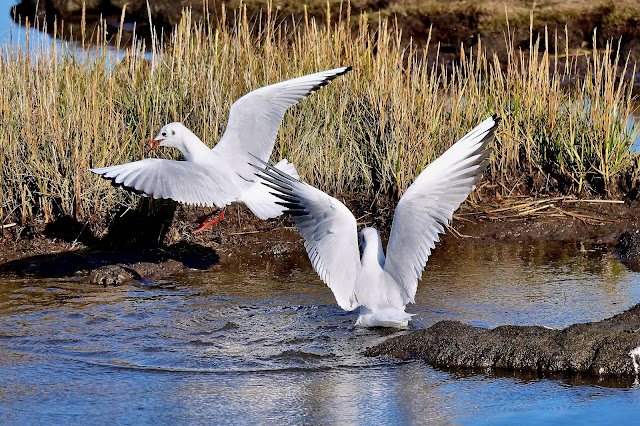 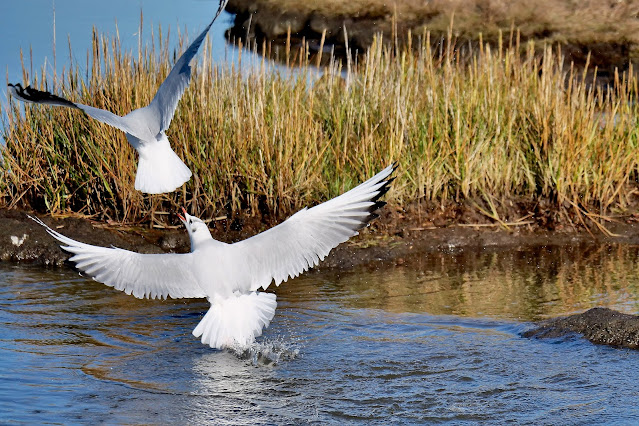