Grey Wagtails like fast flowing rivers and streams especially during the breeding season when there is a plentiful supply of insects on or near the water.

If you can find the species around this time (which is the breeding time) they will most likely remain along the same stretch of water.  They will catch insects and feed to their young which will be located nearby.

On my recent walk I found two immature birds perched on stones which were lying in shallow water. The parents would fly to and fro with insects feeding them. The location was on water just one side of a road bridge. At times the young birds would relocate to the other side of the bridge and perch on the bank. 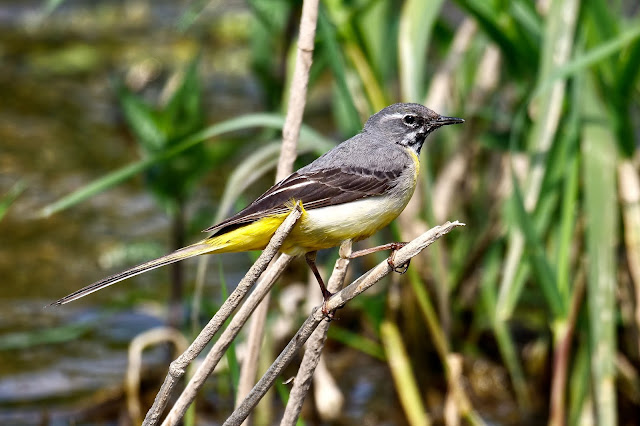 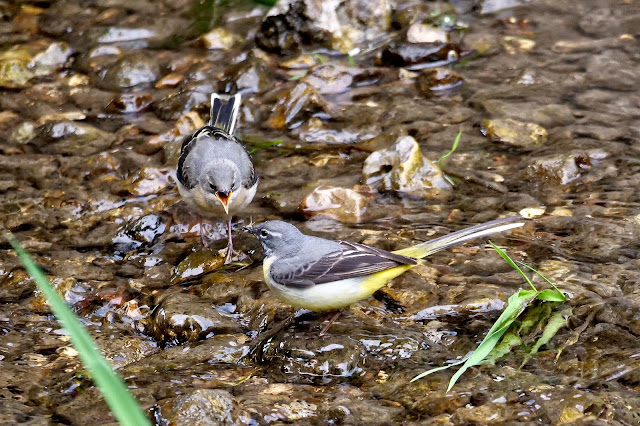 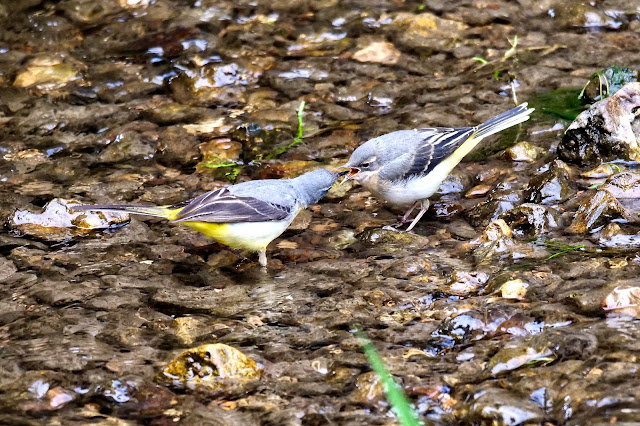 Below are the two young that I found. There could have been more than two, but this was difficult to confirm due to the two known locations they had been observed either side of the bridge. 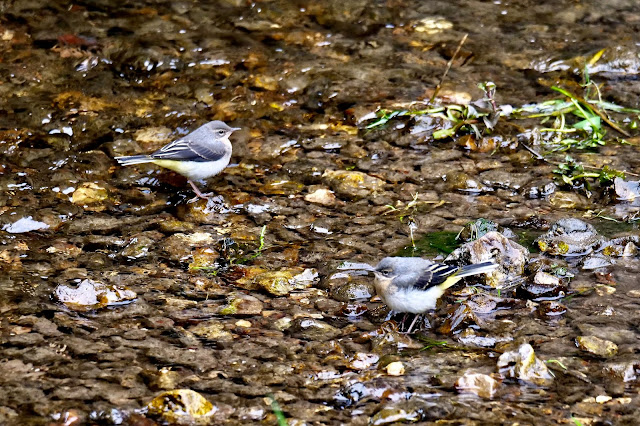 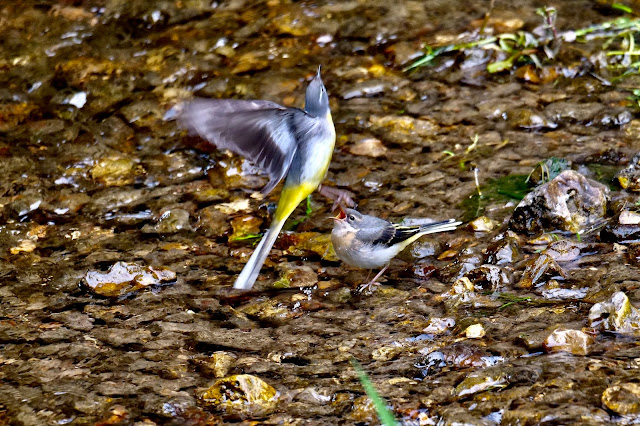 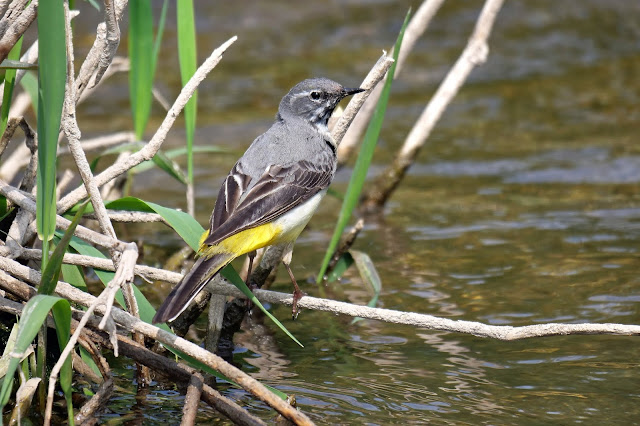 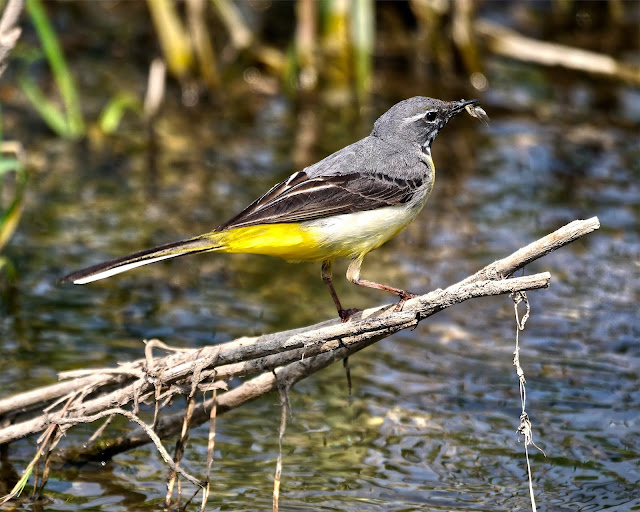 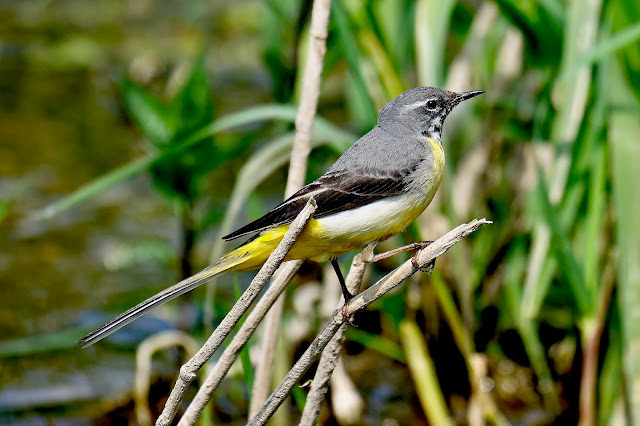 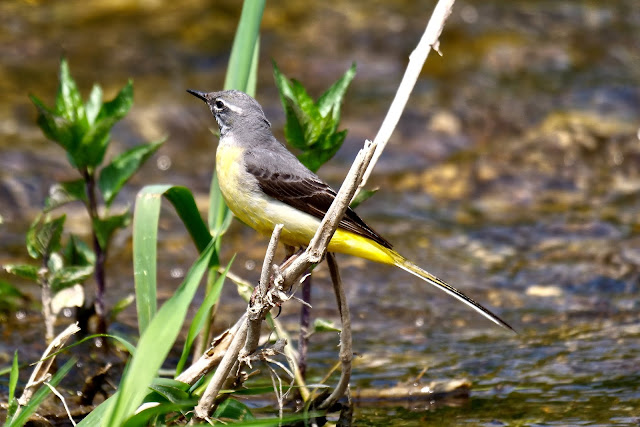 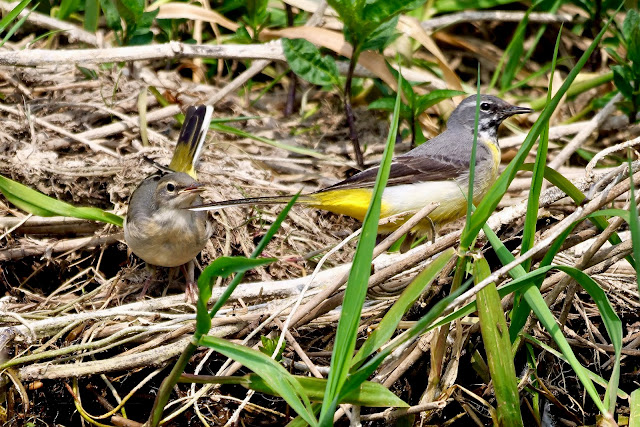 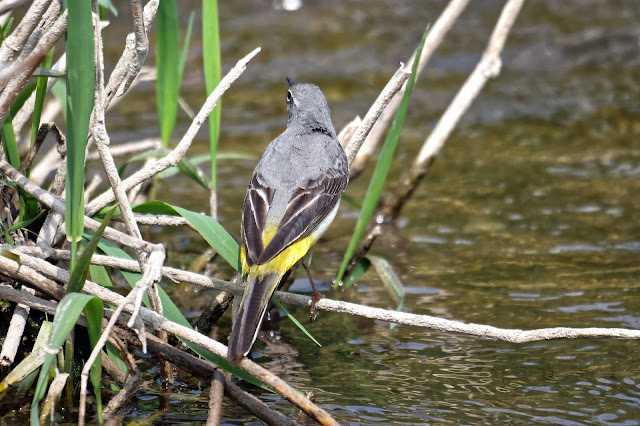 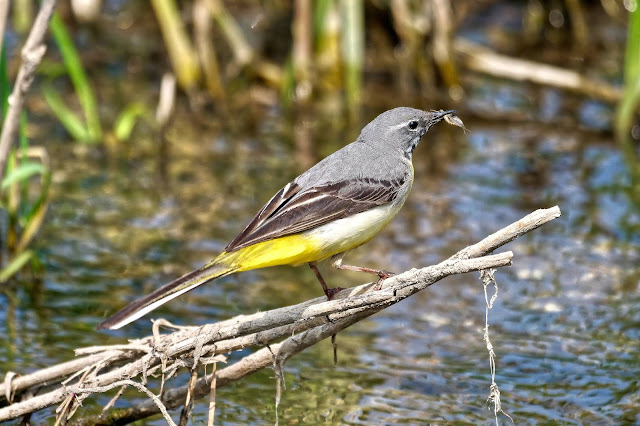