I spent a while observing these two Common Shelduck while they where feeding on part of the Radipole waterways recently. In respect of the photographs here I was showing that shooting through reeds provides an alternative view of interest to a clear unobstructed view. 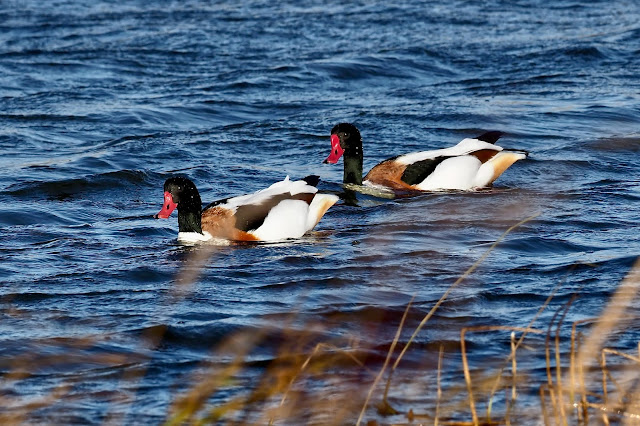 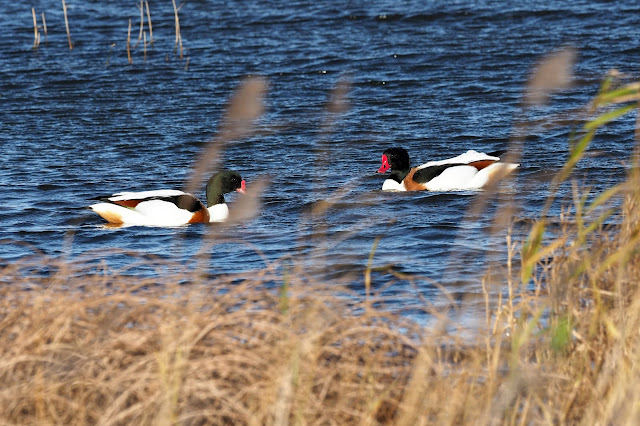 During this time I was able to take some shots that showed leg rings on one of the ducks. It revealed the letters 'NV' on a yellow ring on the left leg. There was also a gold ring on the right leg which I was unable to identify. 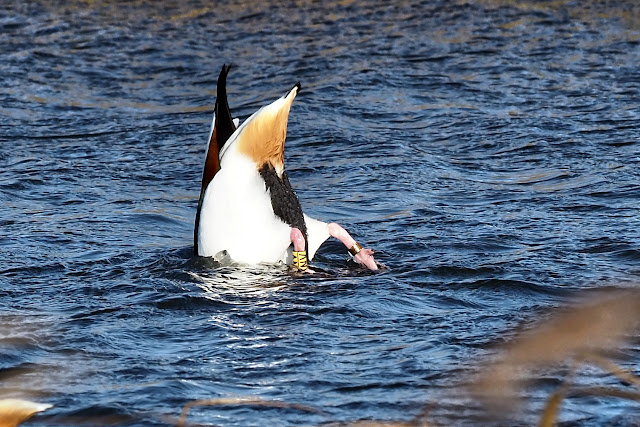 I searched the Euring website and discovered that the duck had been ringed at  Seaton Marshes Devon by the Axe Estuary Ringing Group. I made contact with the group. I was informed that the duck I had photographed had been ringed at Seaton Marshes on 23 March 2013 at which time it was assessed at being 3 years old. This of course revealed that this duck was now approximately 10 years old. This is the average life span of a Common Shelduck. This duck appeared in good health and was feeding well and appeared to have no difficulty in feeding by upending and searching below the water surface.
Apparently it continues to be sighted at Seaton during winter.
The oldest recording ringed Common Shelduck is 19 years, 7 months, 27 days. 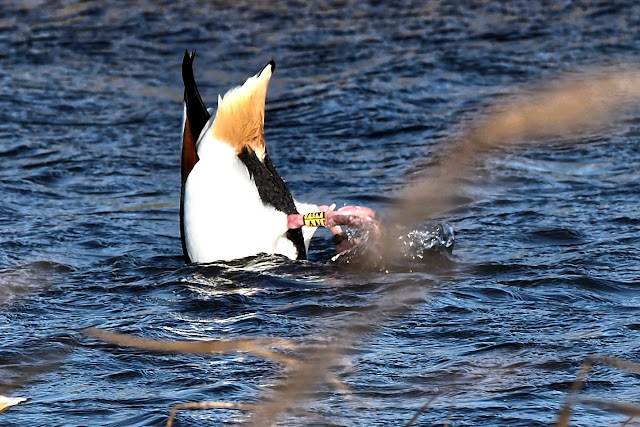 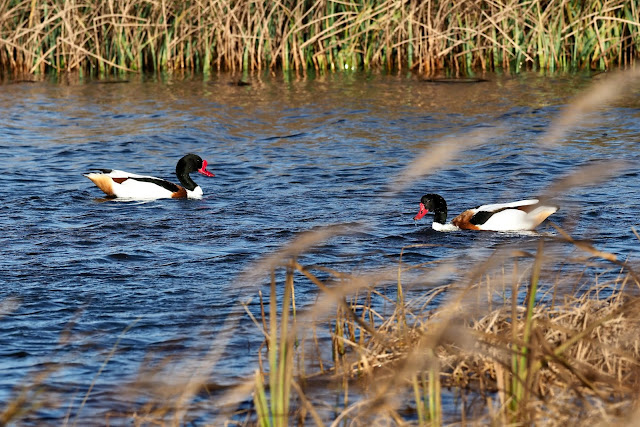 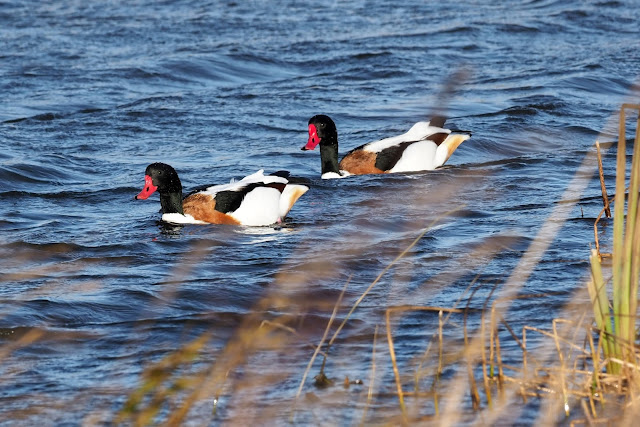 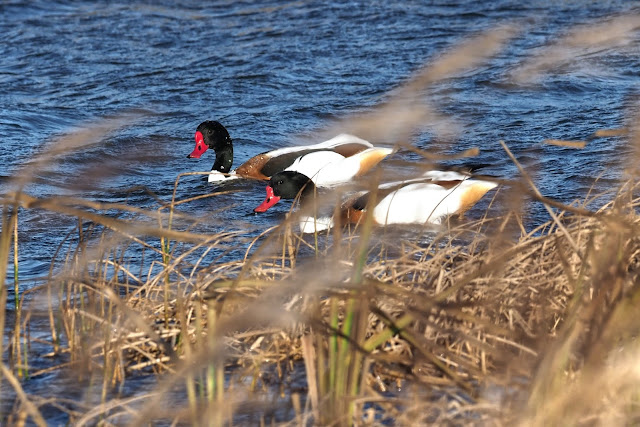 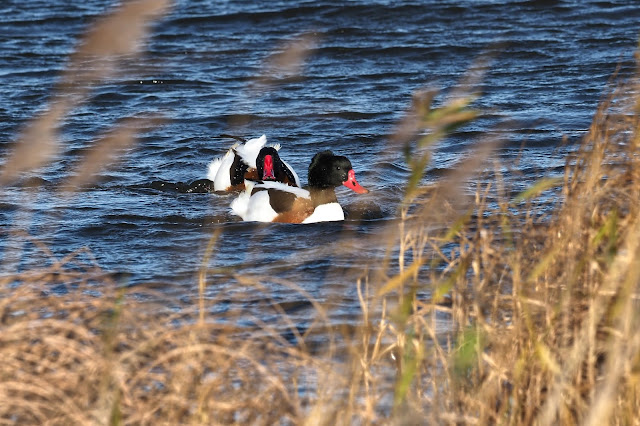