Its a long while since I have completed a 'From the Window' post.
However, two Woodpigeons were feasting on the emerging buds and leaves of the Flowering Cherry Tree and this presented an opportunity for a few shots. Normally when shooting through double glazing its best to place the lens at right angles up against the glass. The problem was that the Woodies were close enough to the window that this would have scared them off.
So the result was not such clear images, but you get the general idea. 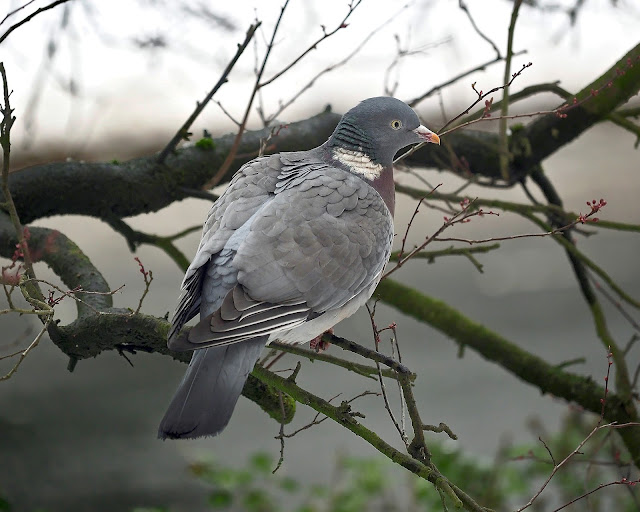 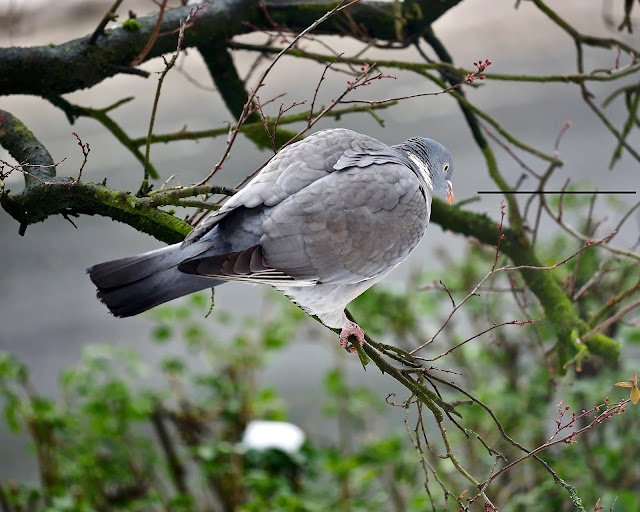 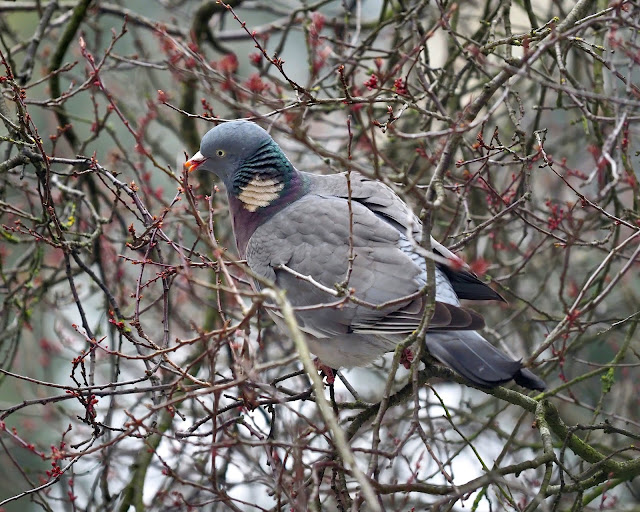 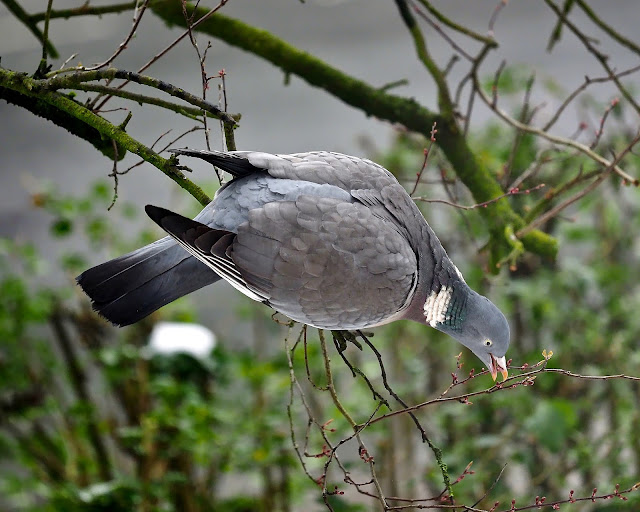 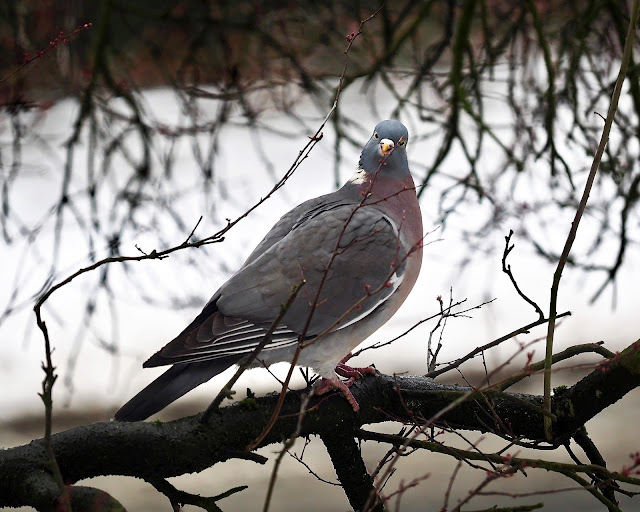 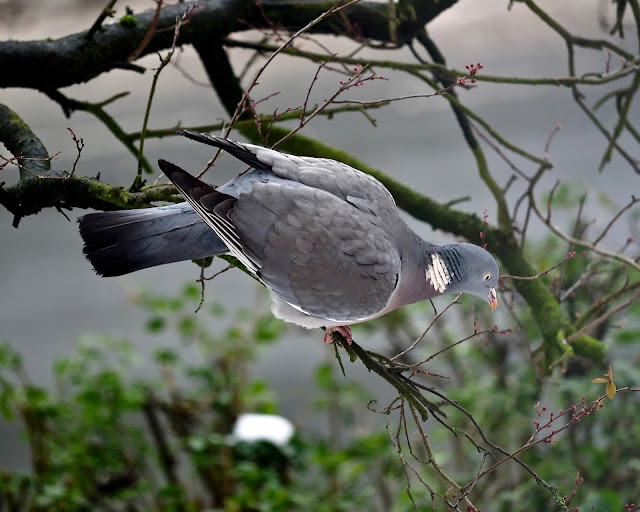 Woodies are adept at climbing and hanging on to tiny little twigs that hardly bear their weight. 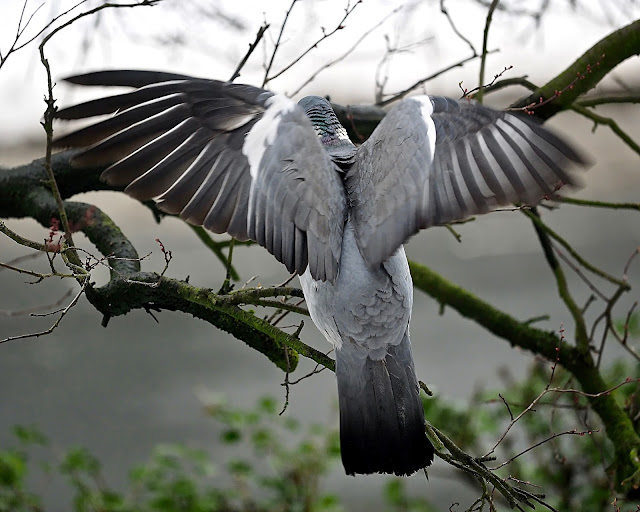 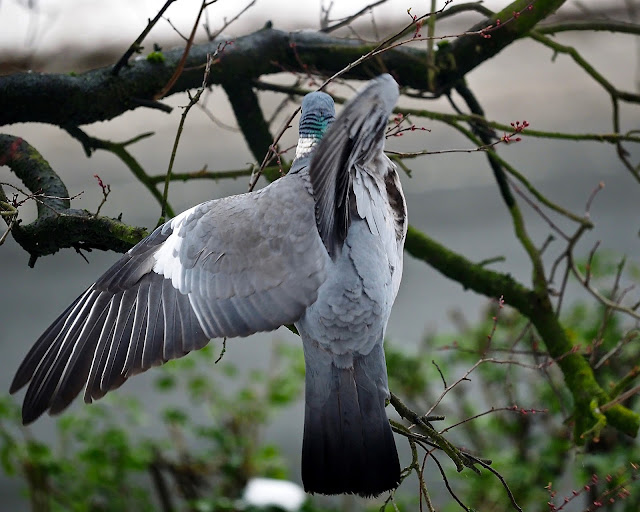 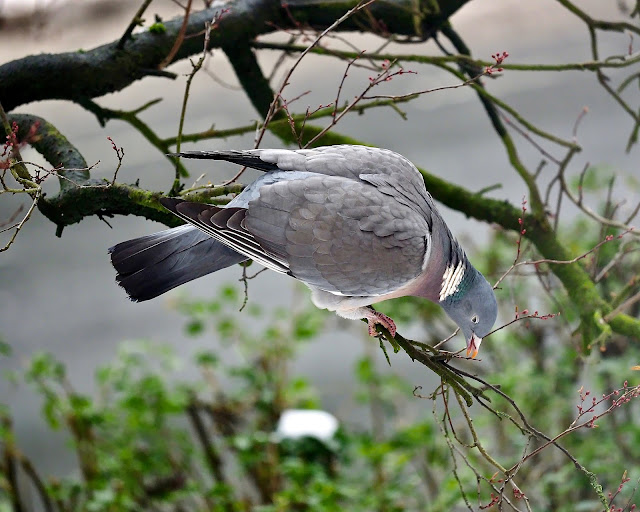 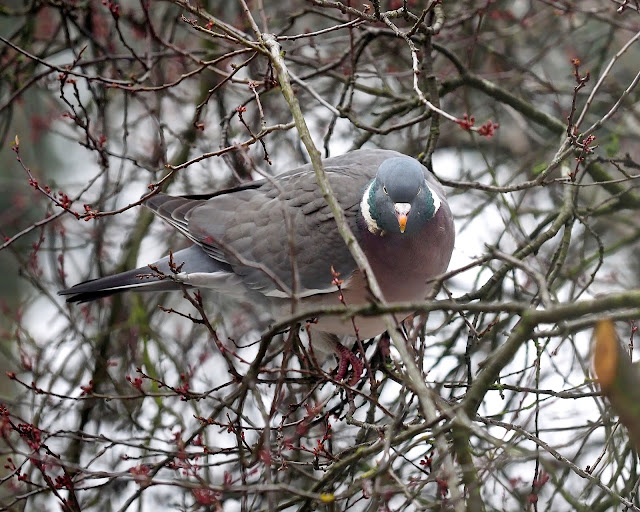