The first post of 2017 depicts the female Stonechat that has been frequenting one of the open meadows in the Parkland. It is the same location that previous male and females of this species have been observed over the last few years. There is a male recently reported in the same location by other Birders, but I have not observed that as yet. The immediate area being a superb location for Stonechat with open grassland, some tall dead foliage stalks and plenty of fence posts for perching on. There is also a lakeside edge which it is often seen searching for caterpillars and other grubs. 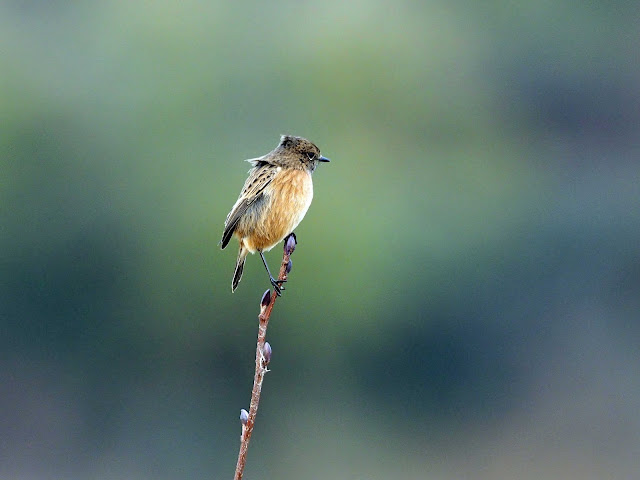 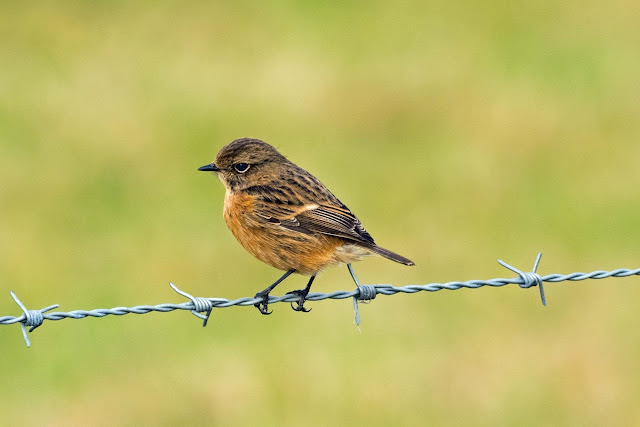 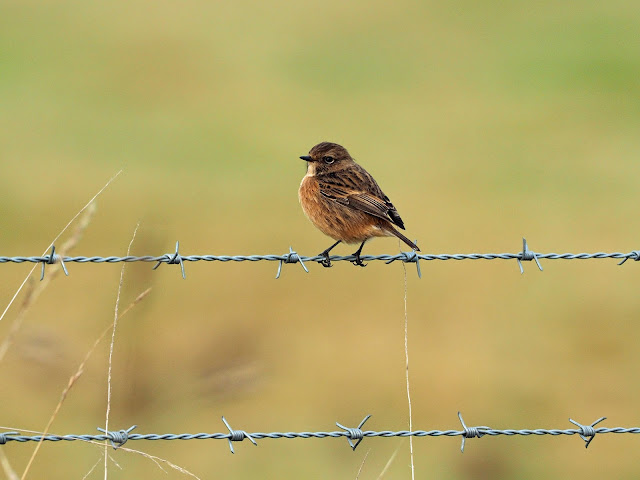 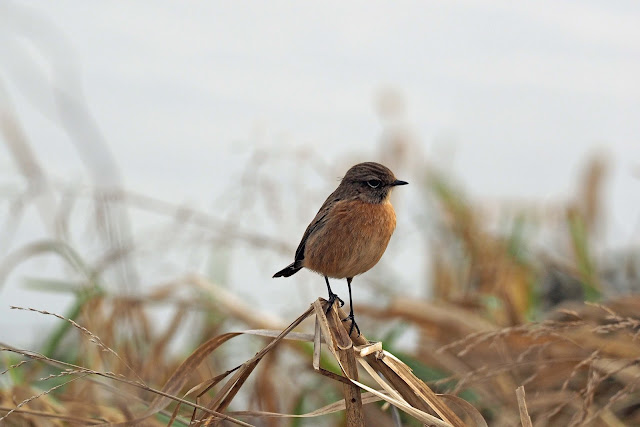 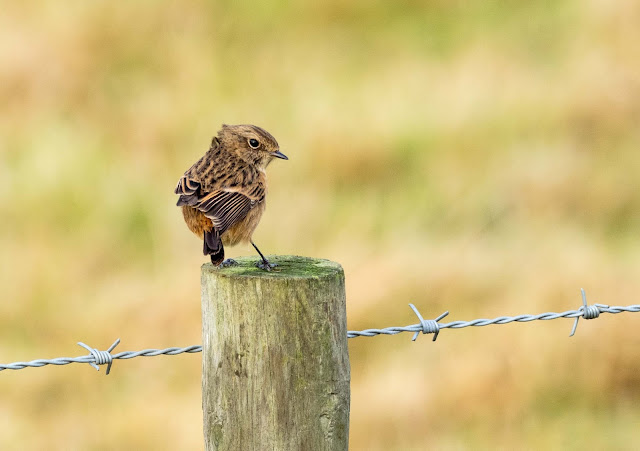 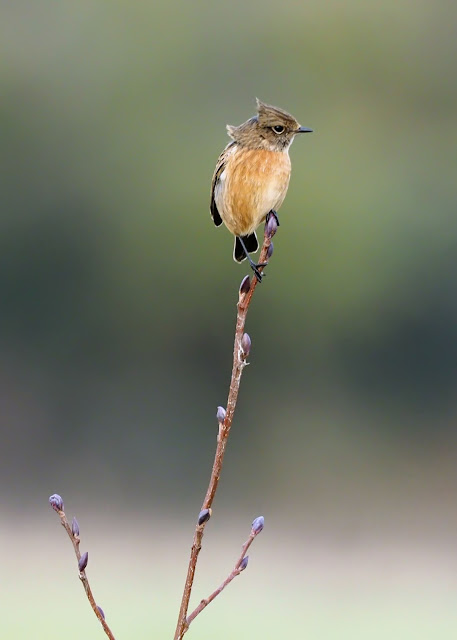 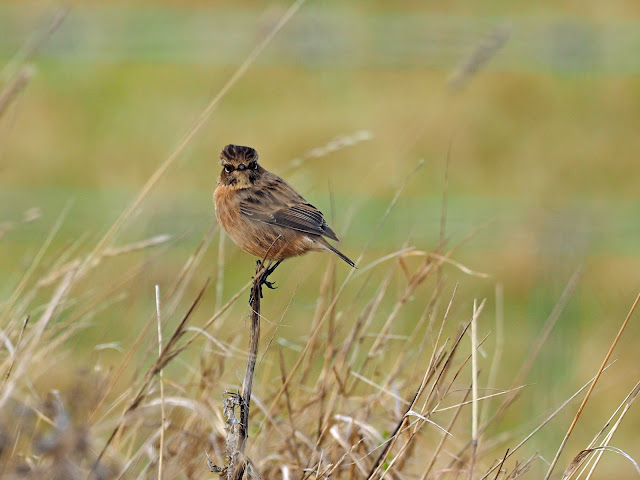 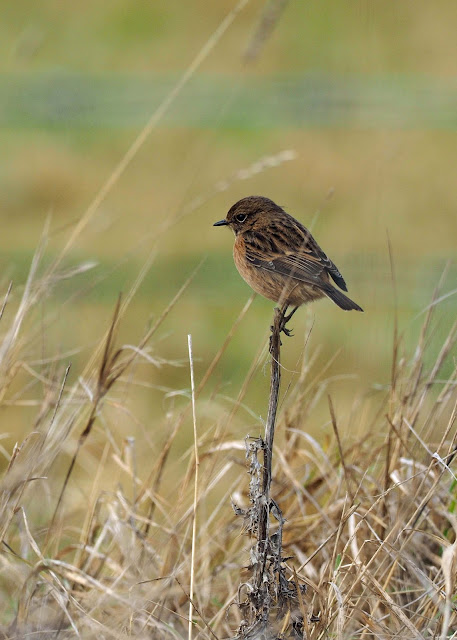 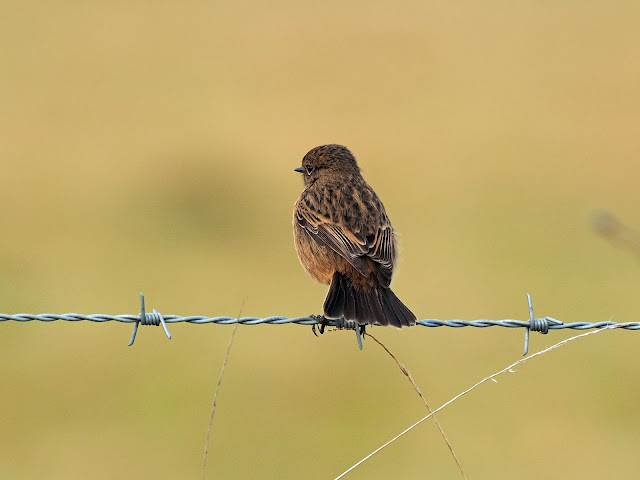 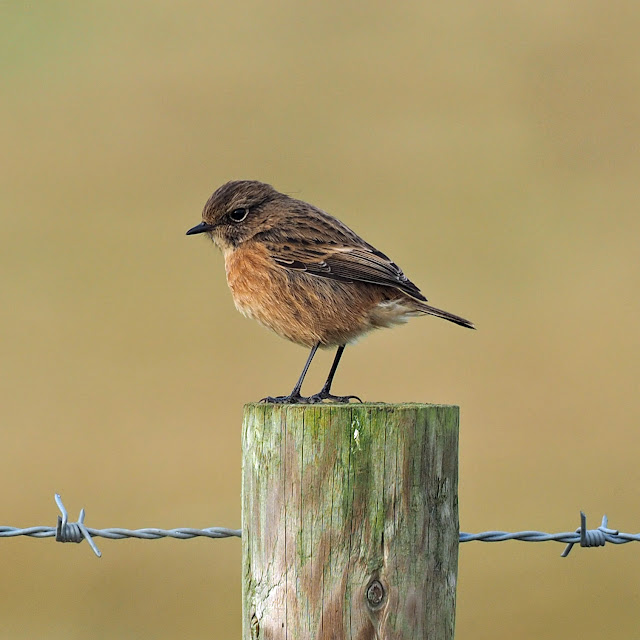 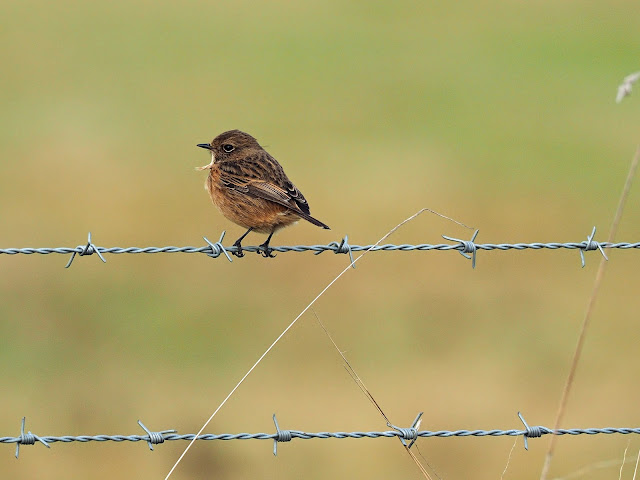 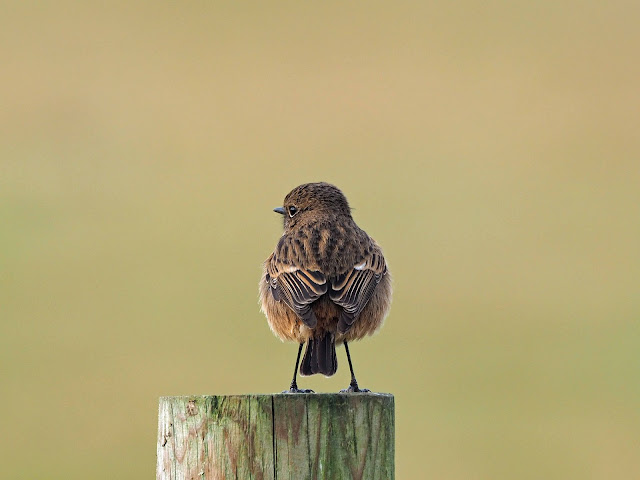 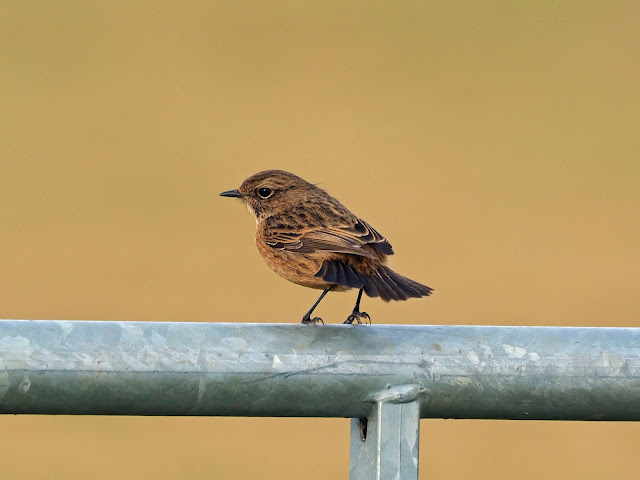 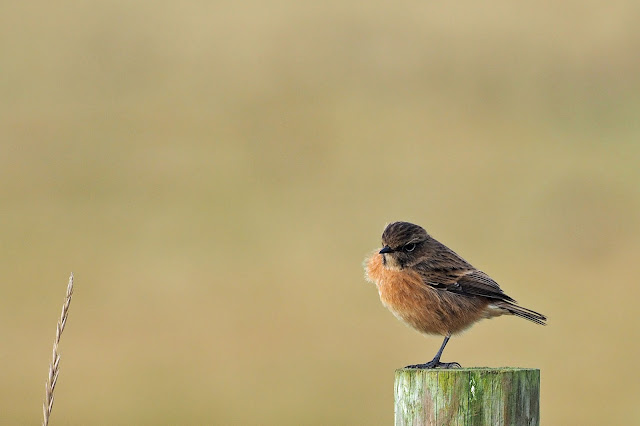