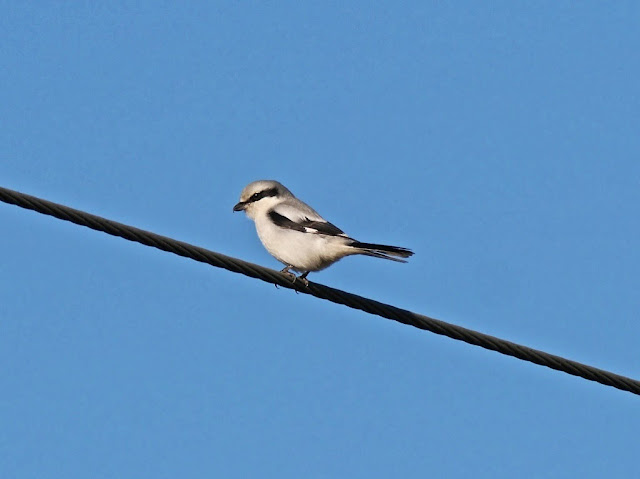 Another milestone has been reached in my Birding Pursuits.
This is the first Great Grey Shrike I have seen and I was able to get some shots of it as well.
There have been two separate birds reported in the local area over the last couple of weeks and quite a number of images taken. So I decided to have a look for it at the location reported. On arrival there were two local Birding Colleagues MW and JHPS already in attendance so I didn't have to look for it myself.{:)) It was first observed on telegraph wires quite some distance away, I was afforded some great views through MW's scope (Thanks Mike). I was surprised at how big it was compared to a number of Goldfinchs on the same wires. It eventually came much closer firstly on wires then on a small disused farm building and even tall bushes. It was quite wary and maintained a healthy distance. 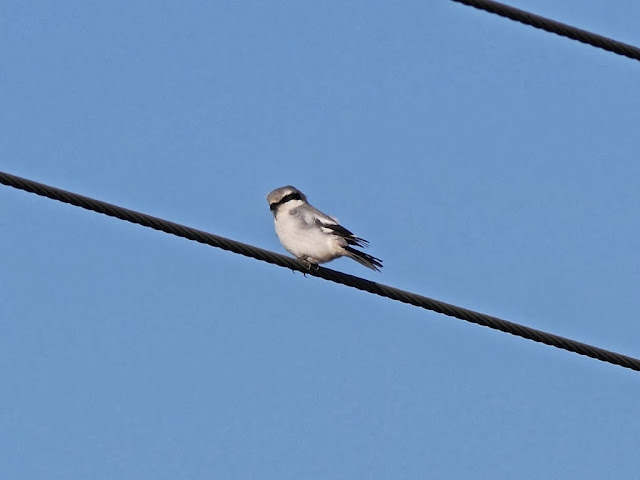 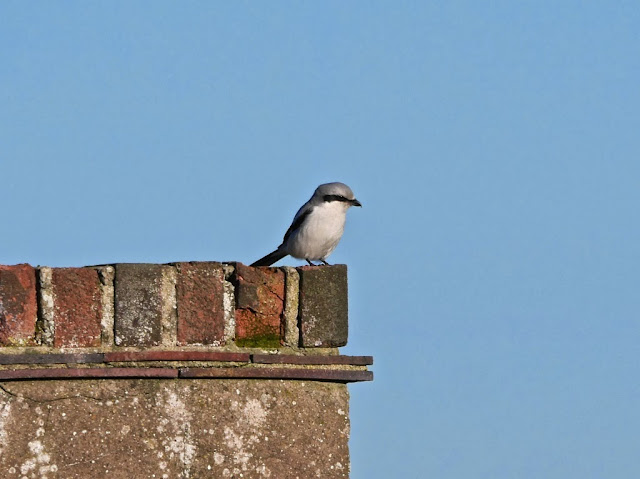 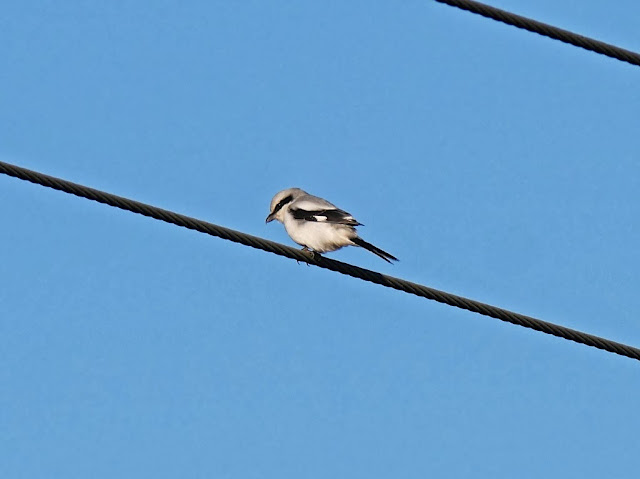 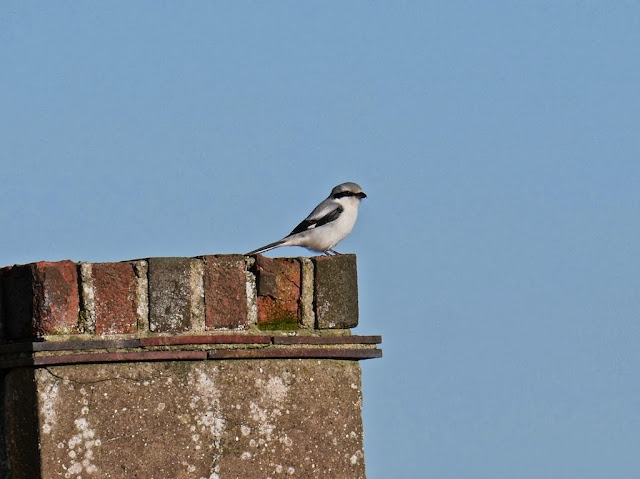 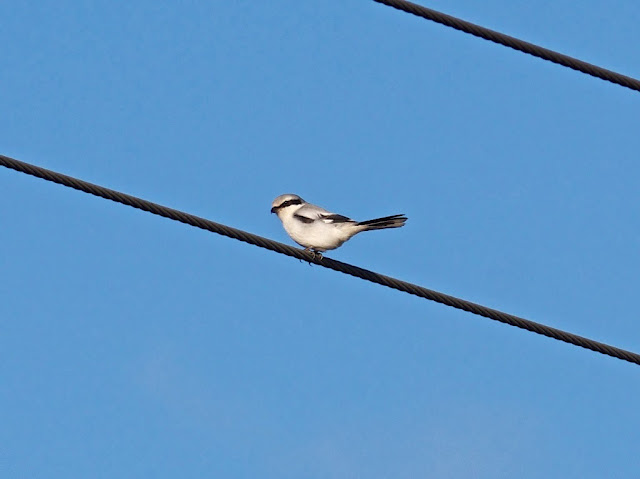 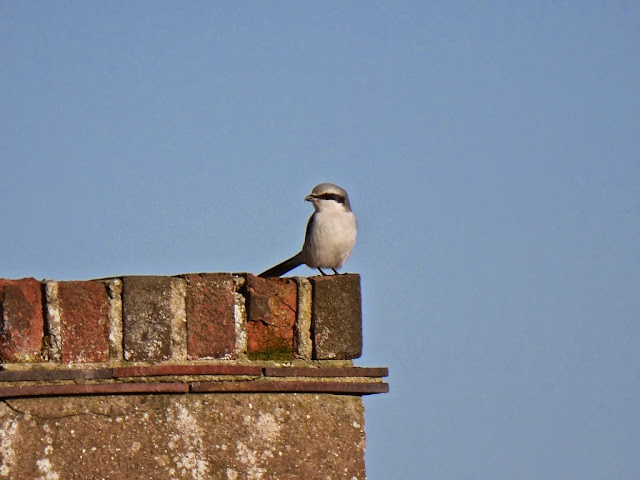 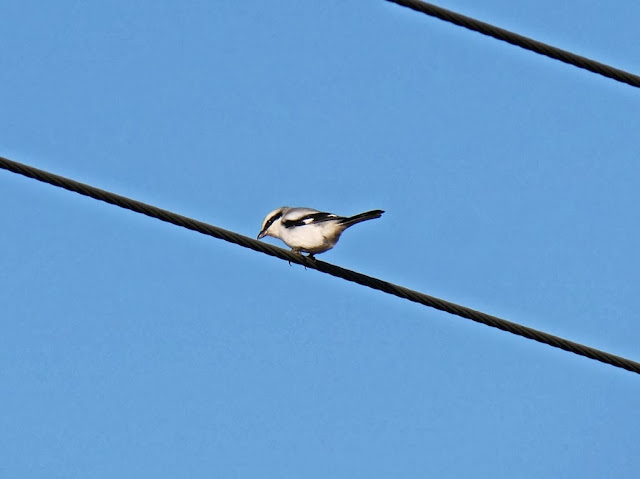 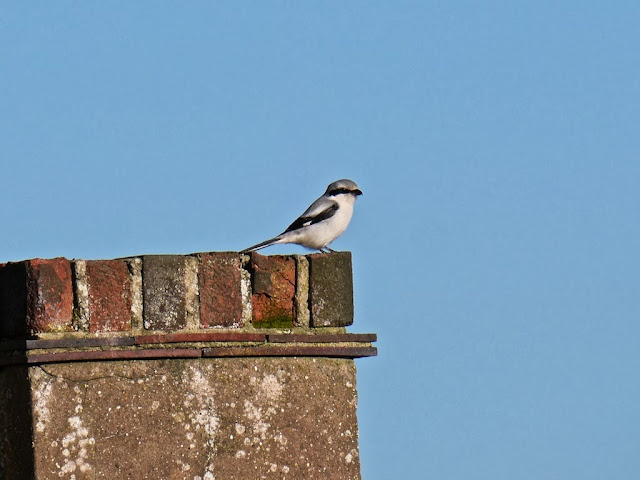