There was only ever going to be one winner.

On arrival at the point where I had observed the heron I discovered that he had moved on to the other bank and was pecking away at something in the grass. This was one of those occasions when I had the wrong lens attached to the camera. (I have had to crop these shots fairly severely) I took a few shots when the heron was on the ground and also when he took off. 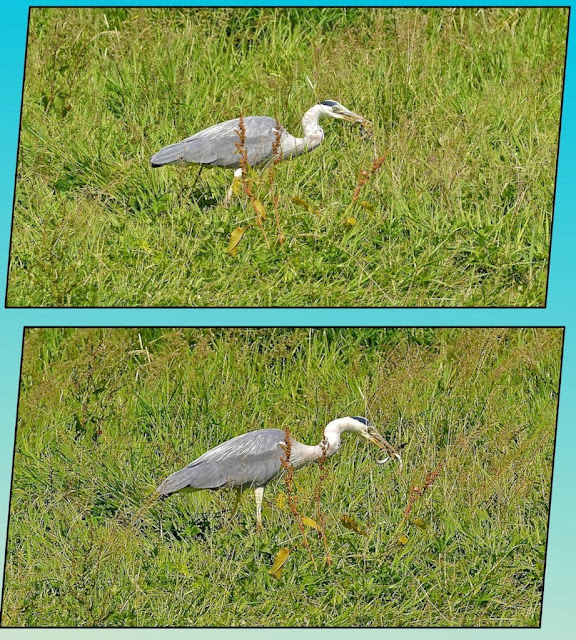 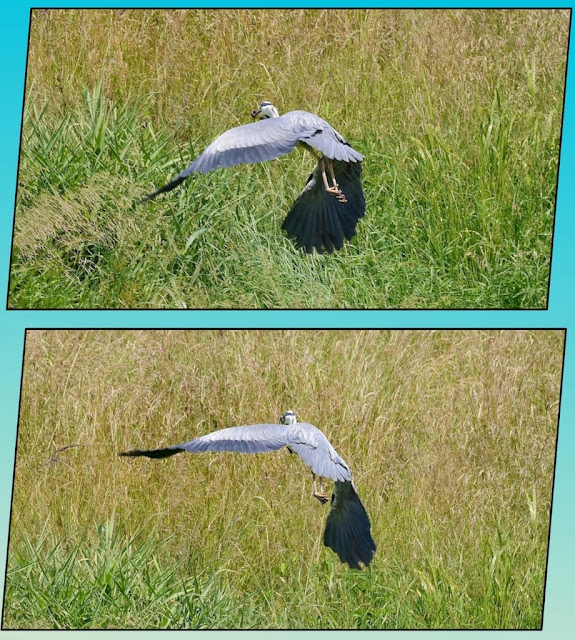 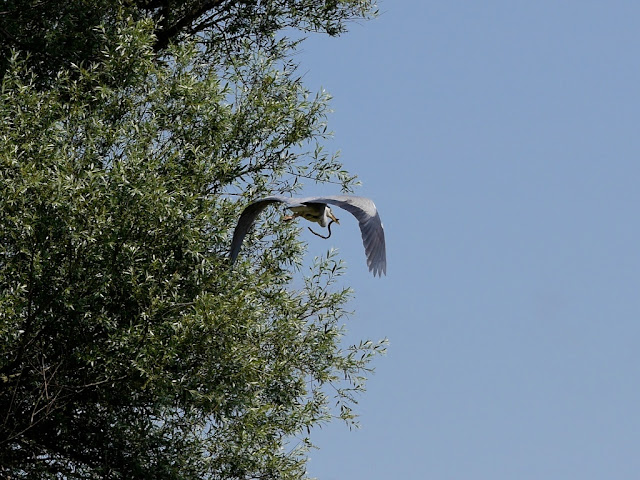 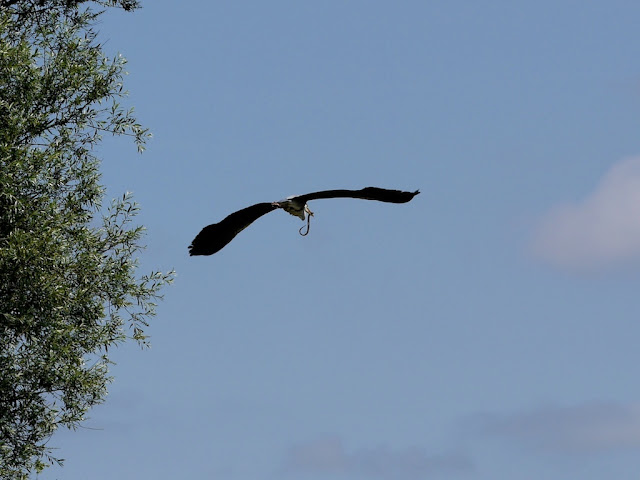 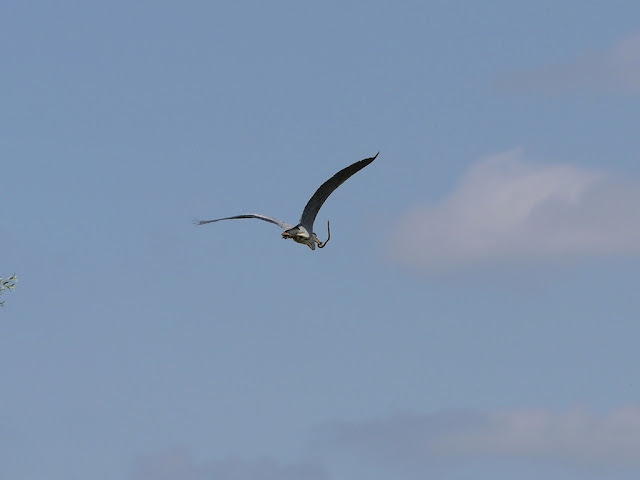 Examining the shots later, I could see that the heron had caught an eel.

Anyway the conclusion of this story is that Heron had a successful day and a good meal.
The eel, well, 'eel' be sorry he ever ventured out that day. {:))