I found this female Goosander on the smallest of the lakes in the Parkland today.
The Goosander is sawbilled duck that dives for fish in freshwater.
Although predominantly a freshwater bird, it does visit the sea as well. 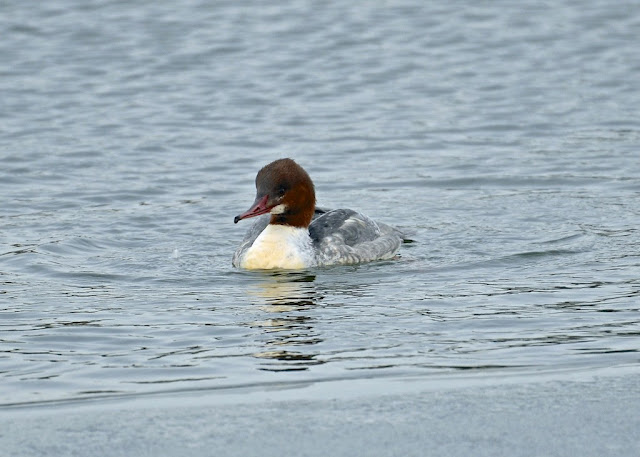 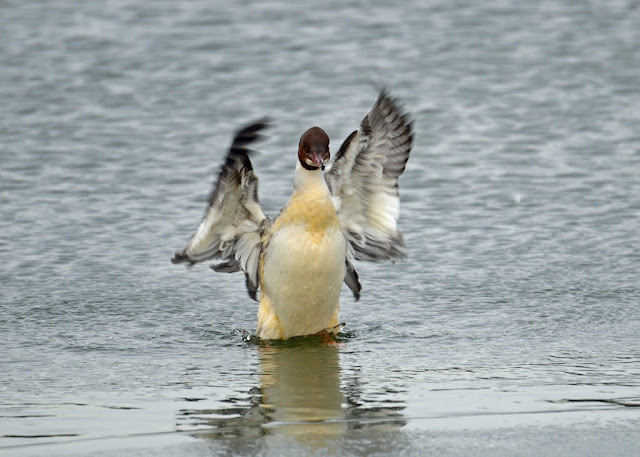 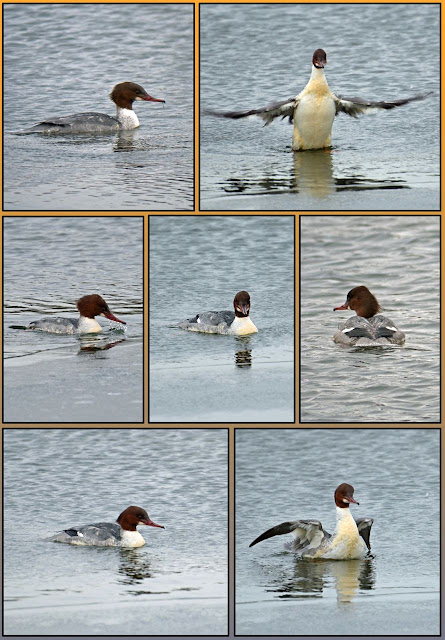 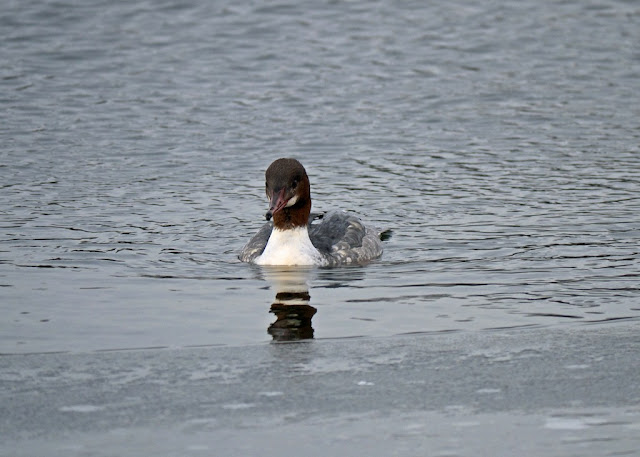 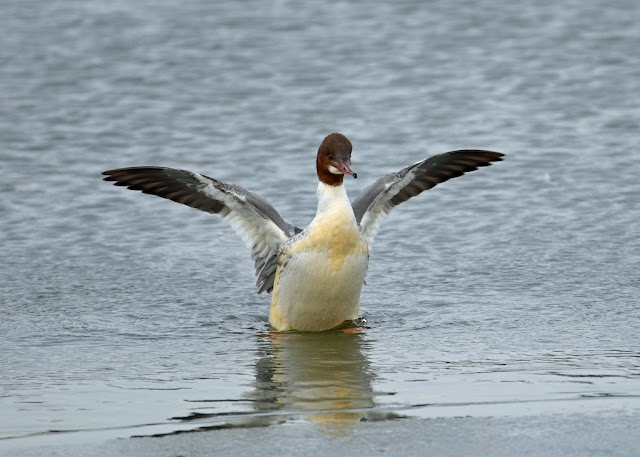 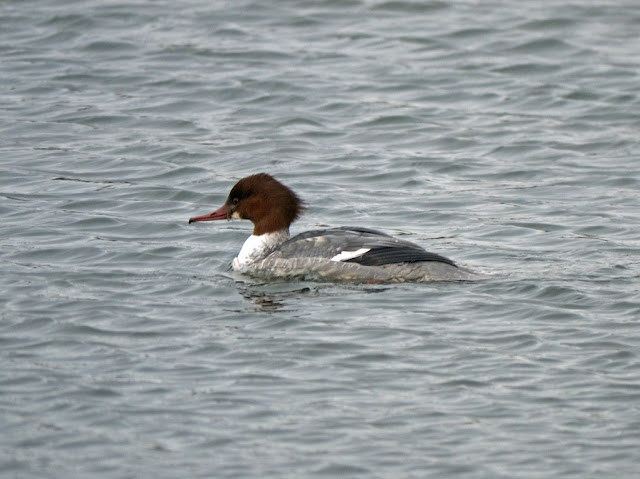 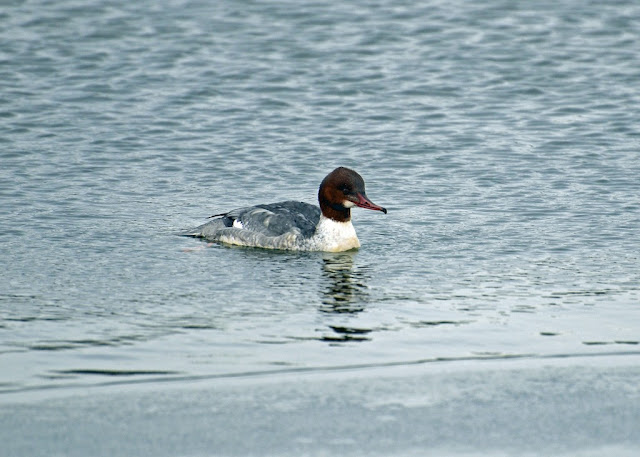 It was diving for fish and occasionally getting mobbed by Black-headed Gulls when it surfaced with a fish in its beak. 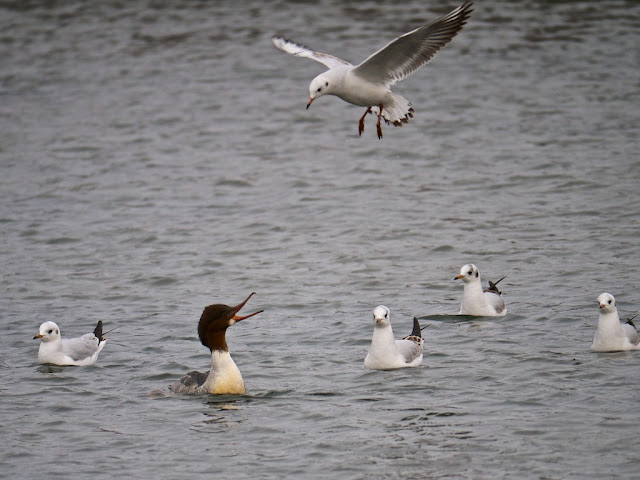 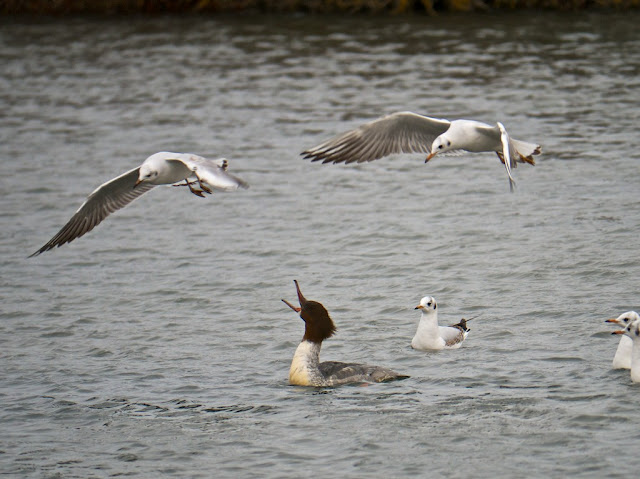