Mute Swans - Graceful, peaceful and sweet things.
No.
They can be the most vicious of creatures especially when it comes to territorial disputes.

Out walking I arrived at a scene in the Parkland yesterday morning where a male Mute Swan was encroaching upon the assumed territorial of another male and his mate. The territory was separated by a border in the shape of a wooden bridge between two large lakes. The encroaching male swam under the bridge with his wings angled in an arch like shape, the same shape was then adopted by the other male.

The first shot below was the two males having already circled each other, then swam alongside each other. This looked like the start of trouble.
(The light was very poor so these images leave a great deal to be desired) 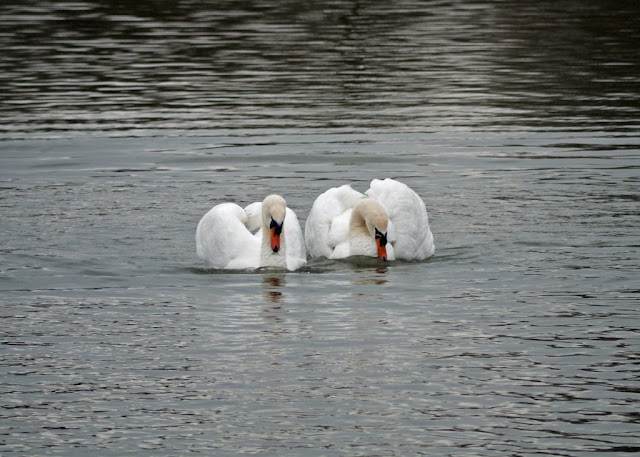 Then a fight started and went on for several minutes. 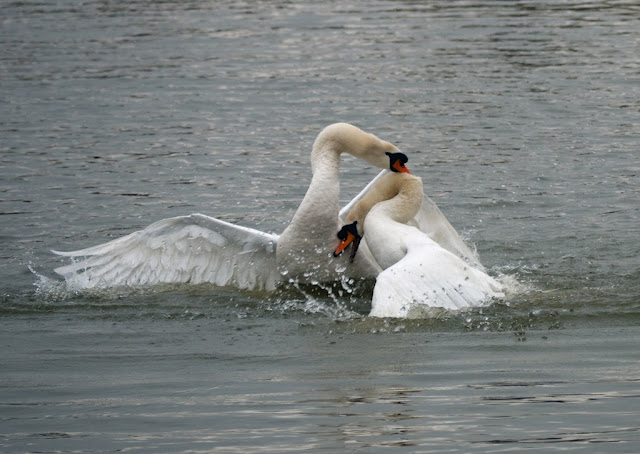 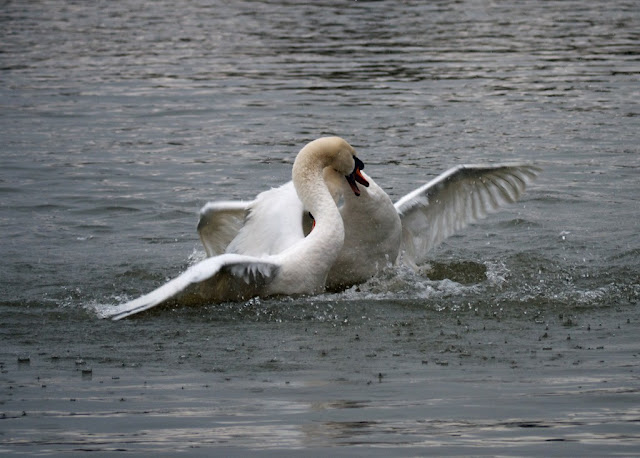 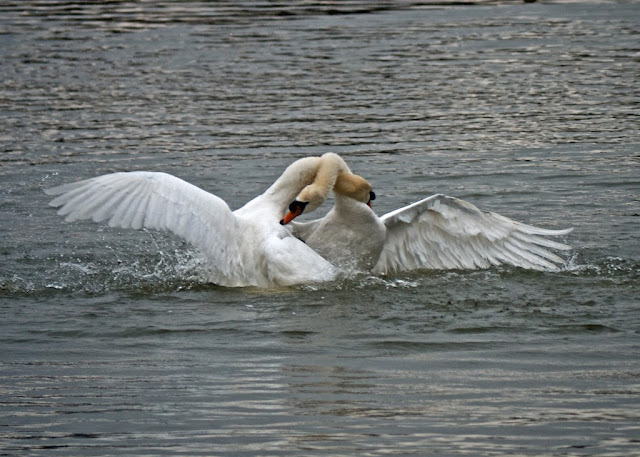 A Canada Goose was acting as Referee. 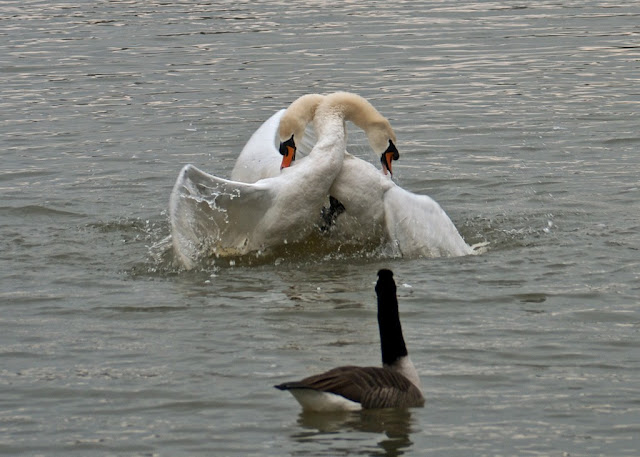 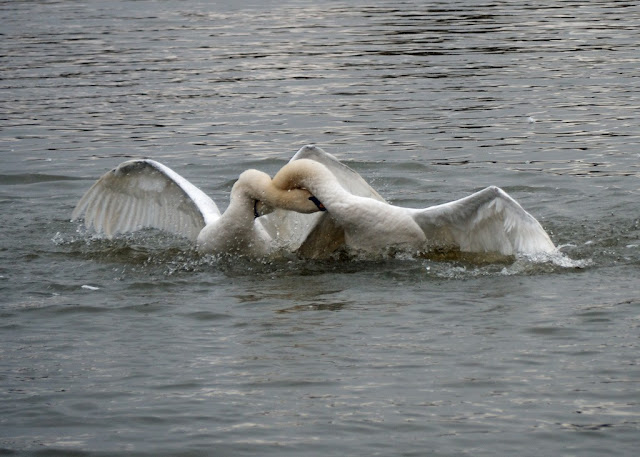 Eventually the encroaching male having had enough tried to escape by leaving the water and walking across the grass. The other male not satisfied with that pursued the retreating male and attacked it again.
By this time I was becoming concerned as I know that this could end in the death of the poor male that was being literally choked to death. 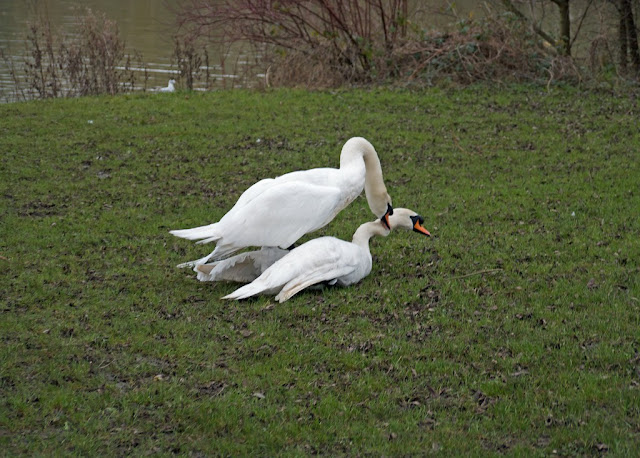 I am aware of many peoples views on letting nature take its course etc etc. Thats all very well when one creature kills another as part of the food chain. However this was pure evil on the part this Mute Swan which to me seems to be a trait in this species.

I had seen enough and went to the aide of the retreating male. Having forcefully driven the attacking male off,  I observed the other male resting for a moment on the grass and then attempting to make his escape in the opposite direction towards the other lake. Again the attacking male returned from the water and tried to get to the other male. I then had to drive it off again. Eventually the retreating male left and as you can see from the image below, the other male joined with his mate on the water to greet each other. (Even though he had lost out to something much bigger than him.) 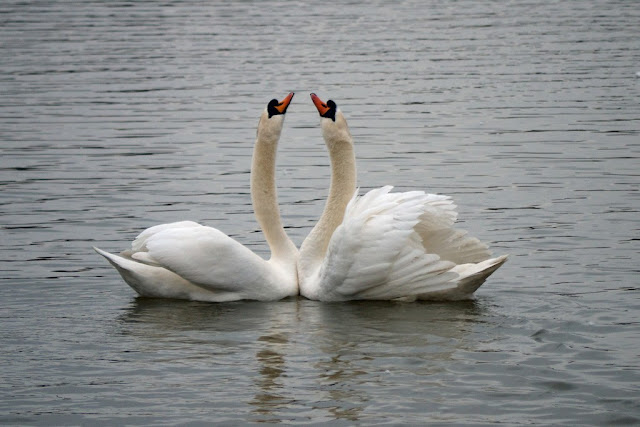