During my walk around the local Parkland on Friday just before leaving, I checked a small area which separates two of the lakes. It is a grassed area with low bush and waters edge trees on one side with larger trees on the other. I had taken a few shots of a Wren and moved on further. I then noticed another small brown bird moving along the trees and bushes on the waters edge.
I followed and photographed it where it showed sufficiently.

I had no idea of identification at this time, but abiding by the Steve Borichevsky's motto "Shoot first and ask questions after" ( Steve's )
I kept shooting where possible. I eventually lost sight of it and checking my camera screen found that I had a few reasonable shots that I could hopefully ID it later.

When I uploaded it onto my Mac, I still had no idea what it was. Having searched my bird books I had a stab at calling it a Cetti's Warbler, which I had not seen before, although I know that other local English bloggers that I follow have done so. I posted it on the local Bird Club Site which the Webmaster has kindly given me access to post images of interest in the local area as and when. 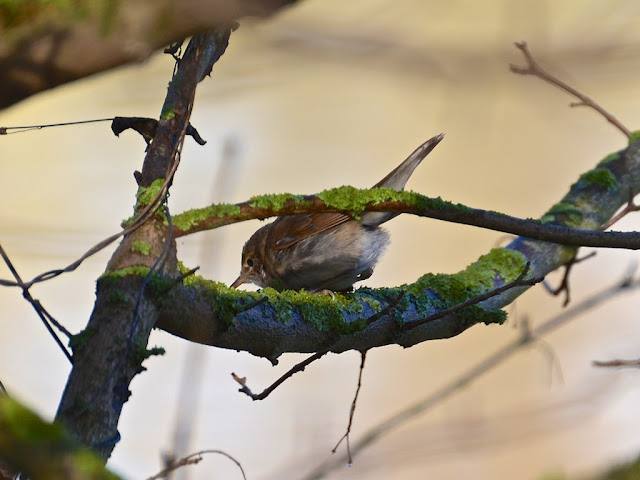 I have since been advised by one of our local birding experts that it is in fact a Blyth's Reed Warbler. (Acrocephalus dumetorum)  From what I read this is a rare find so it certainly pays to "Shoot first and ask questions after".
Apparently if you are fortunate enough to see one it will be around the September/October time of the year. 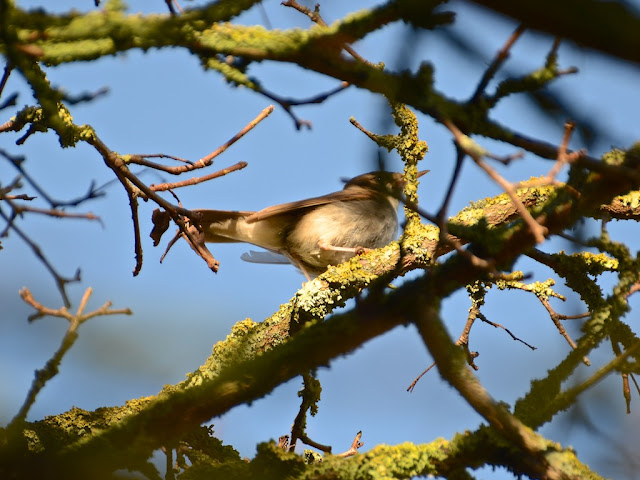 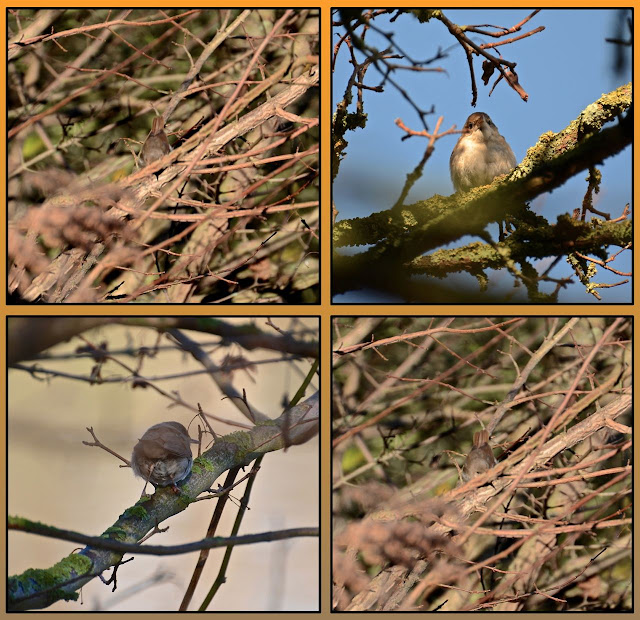 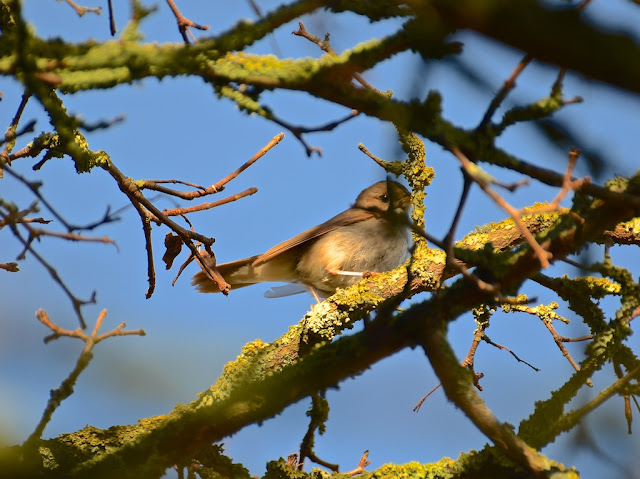 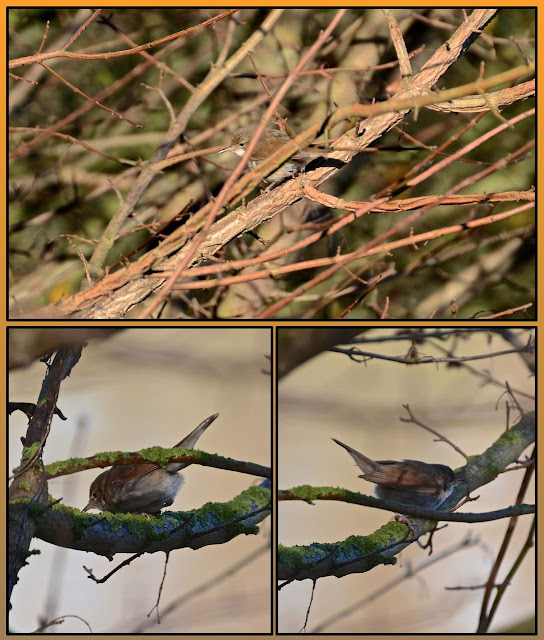 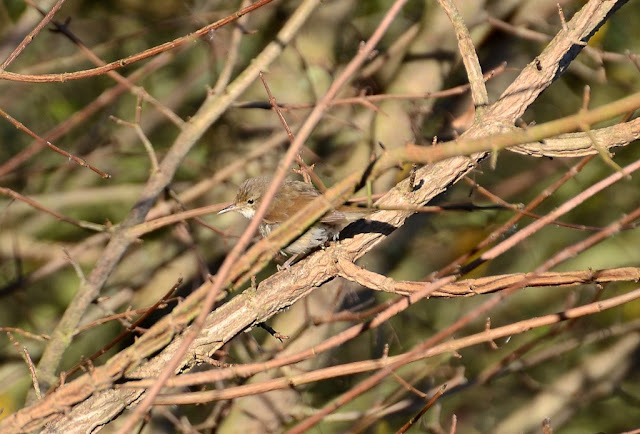