Looking out of the lounge window I noticed this Woodpigeon landing on the balcony rail. It had a twig in its beak and it then disappeared into the adjacent tree. This being August this was probably its third attempt at building a nest and rearing a brood.

Woodpigeons start breeding in April and will often produce three broods in the year. If the nest is predated or damaged then they will lay up to six times in the season to produce a brood.

At various times over two days I observed both birds coming and going with twigs and entering the tree. So this certainly required a few photographs, but shooting through double glazing is never a very successful idea. If you are shoot at any direction other than at right angles then you will get a ghosting blur. Even if you can shoot straight on the clarity is not that good and requires some post processing. 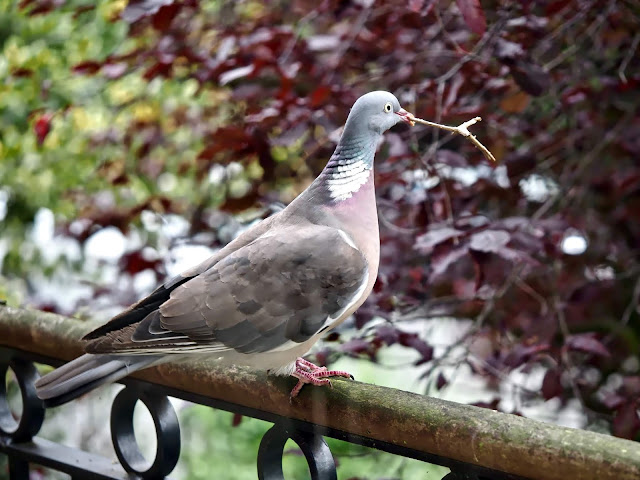 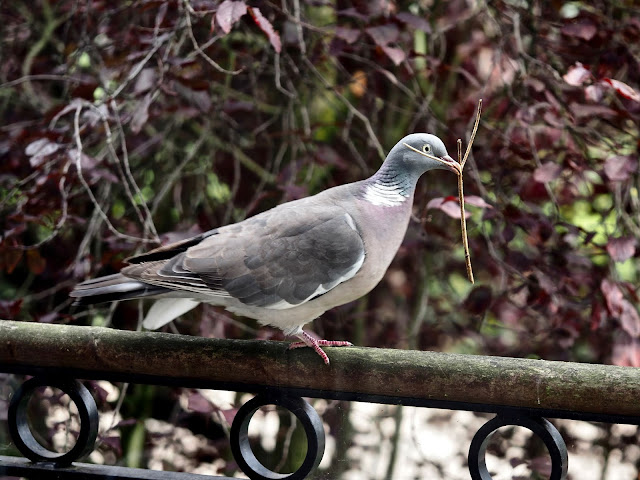 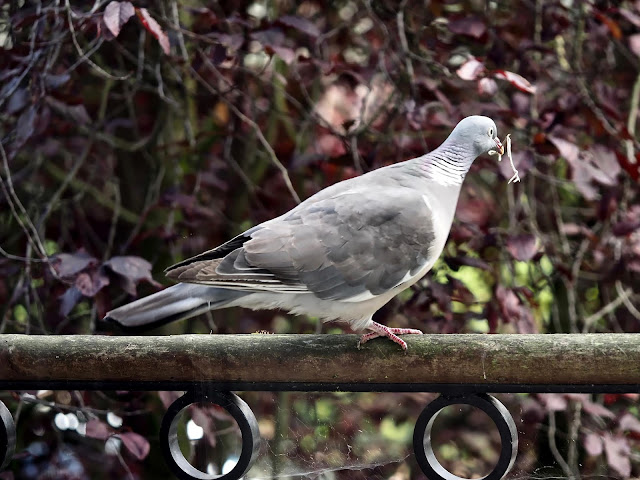 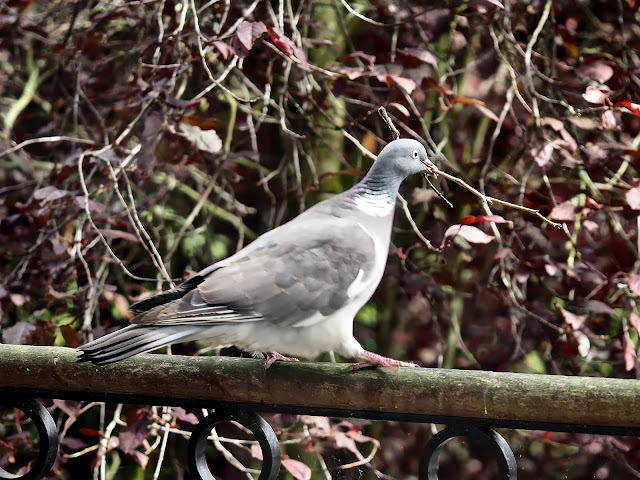 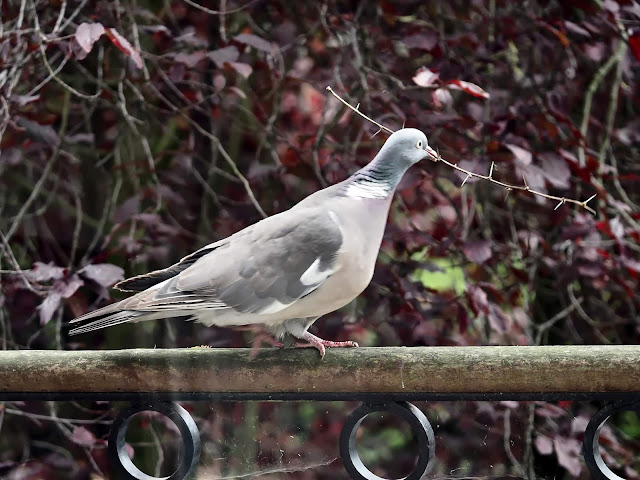