Starlings are connoisseurs of berries of various kinds and don't mind the occasional blackberry.
Did I say 'Occasional', I watched a flock through tall bushes and they probably eat their own weight in the berries or more just while I was there.
Unusually they were easy to spook and would move off to another bush, so I had to be careful to get these shots. 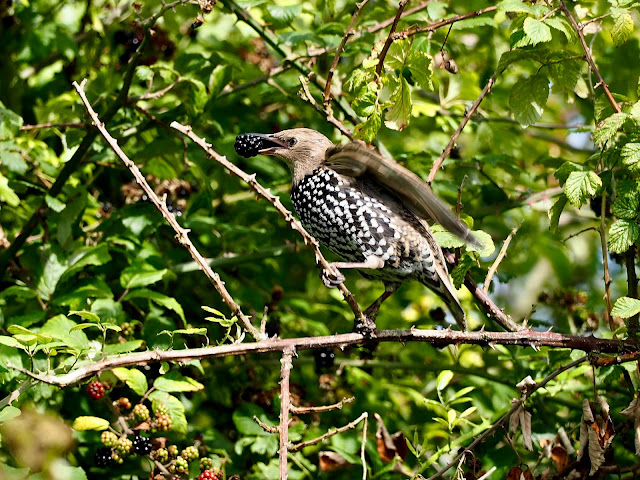 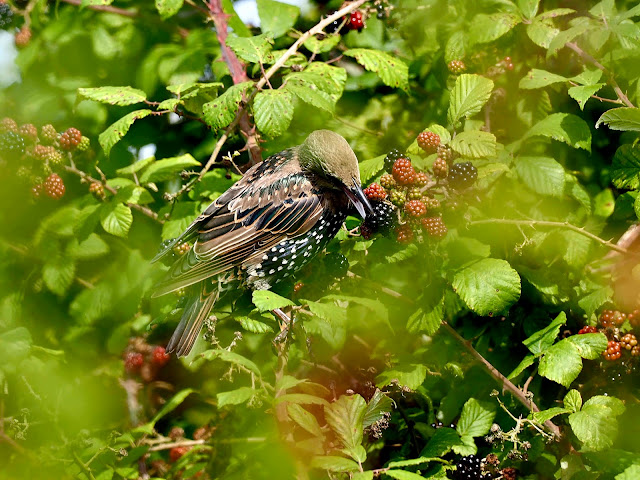 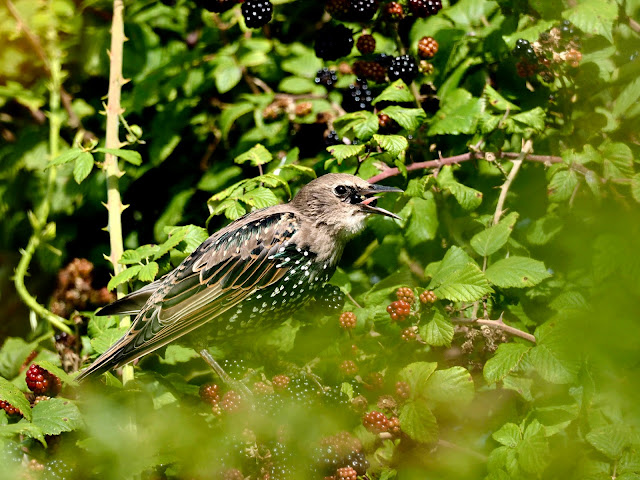 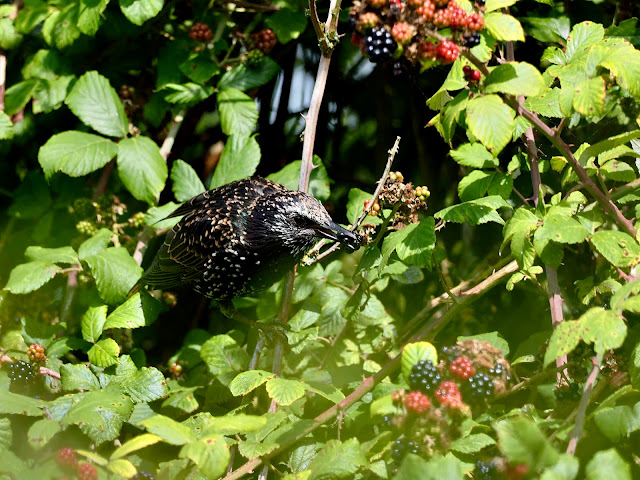 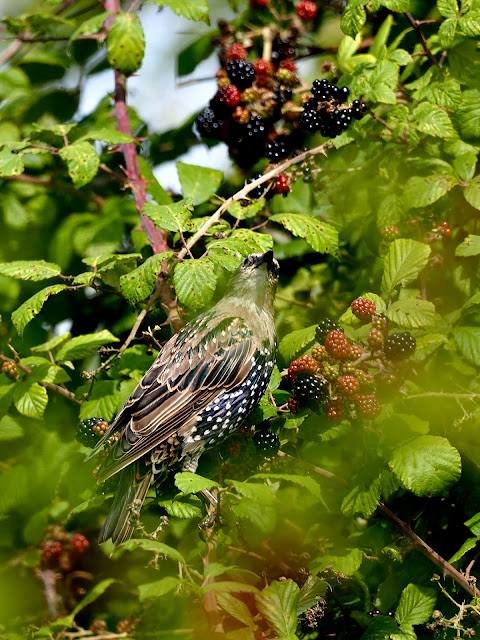 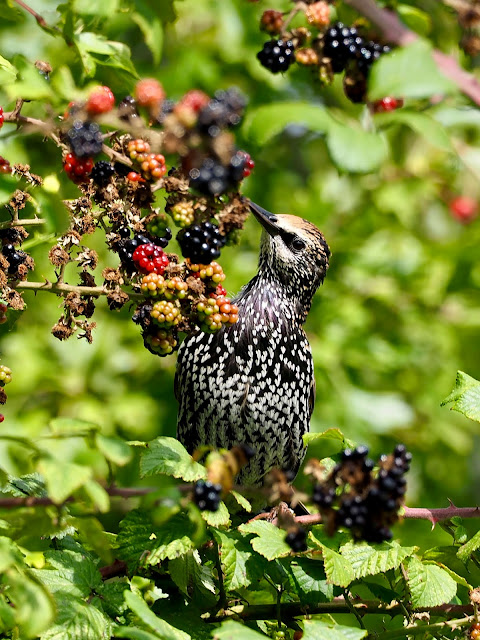 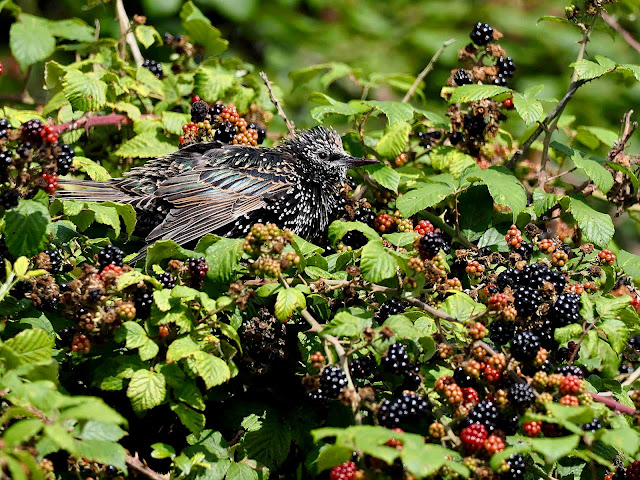 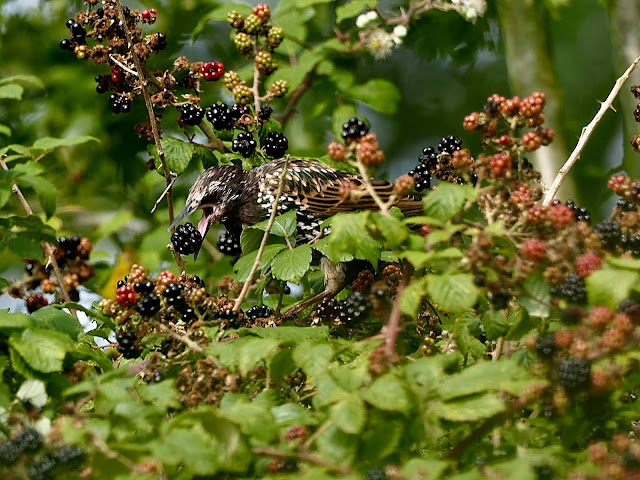 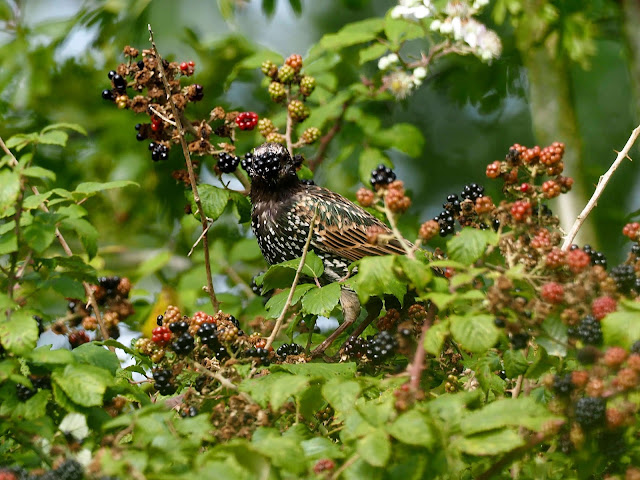