Lodmoor Reserve, Weymouth is the place to see Canada Geese regularly now.
They fly from one part of the Reserve to the other during the day.
It is a chance to get some flight shots of this species. 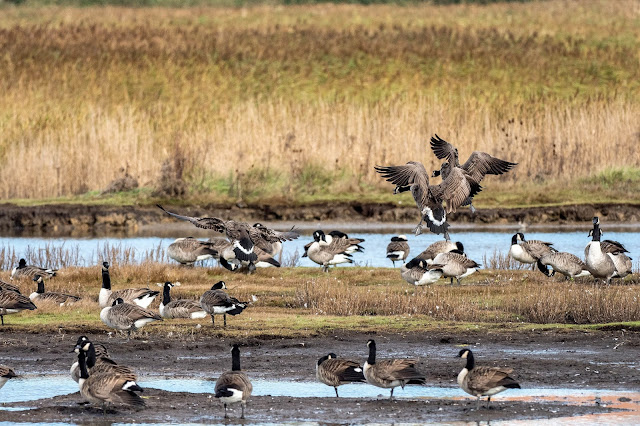 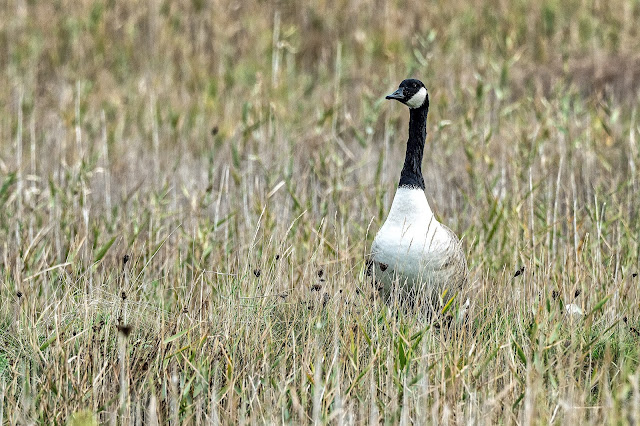 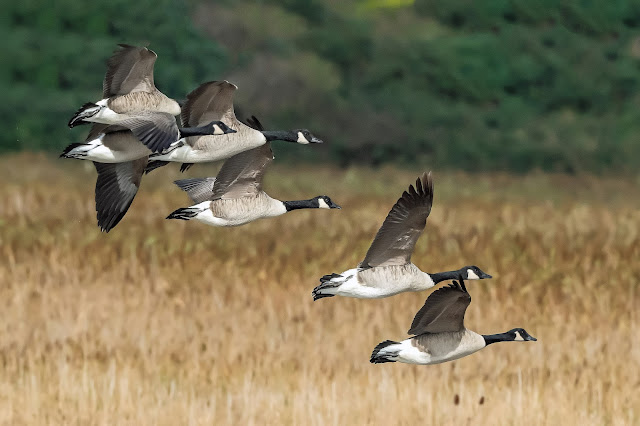 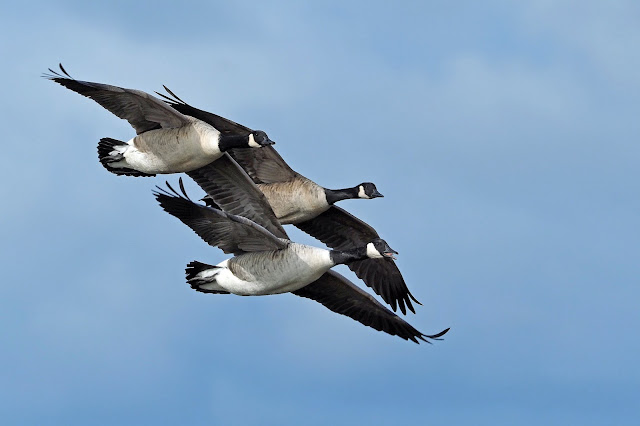 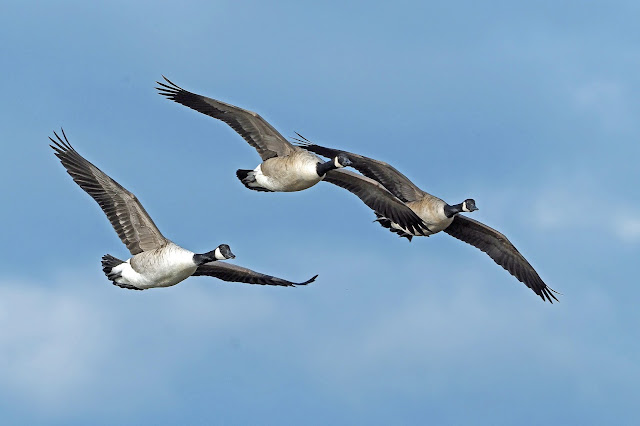 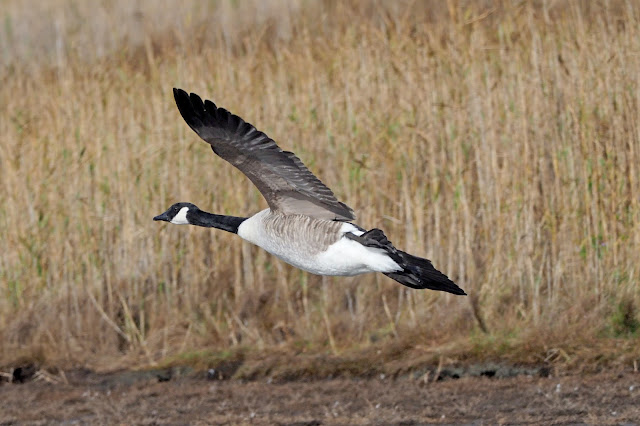 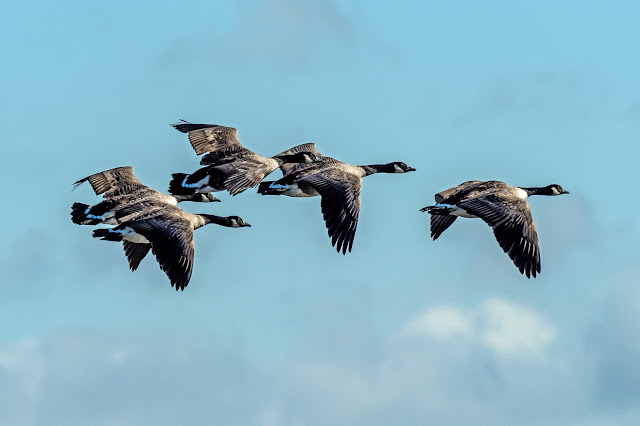 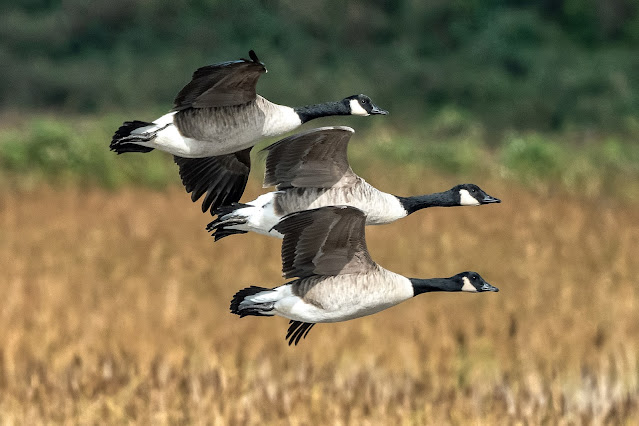 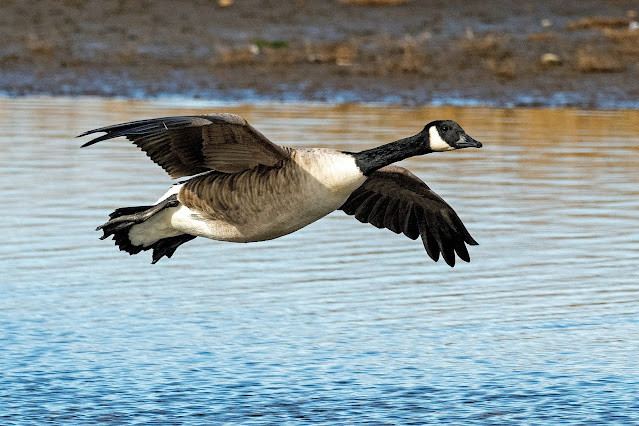 I hadn't realised until I reviewed this shot below on the laptop that the third goose appears to be a Canada/Barnacle cross breed. 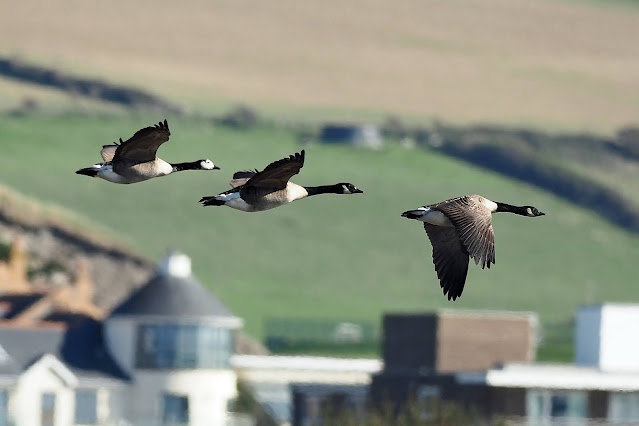 Later another flight arrived at my location from the other end of the Reserve.
It contained a true Barnacle goose. (See the image below) Single Barnacles often turn up with either Canada or Greylag flocks. 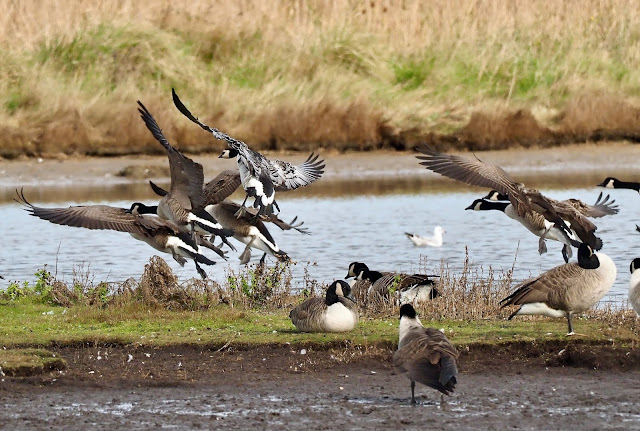 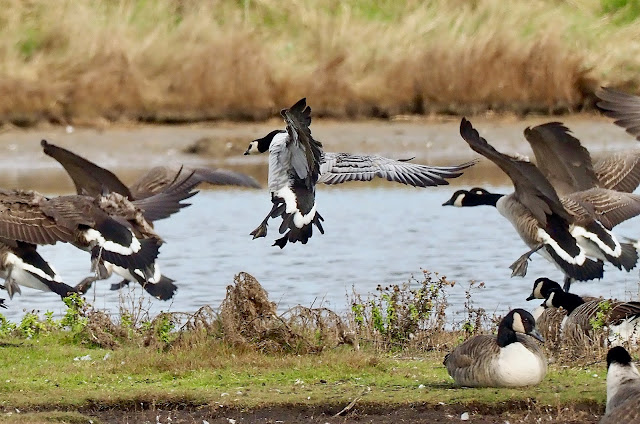 Around this time of year Brent Geese start visiting Ferry Bridge water and along the Fleet. I have now observed two such times in recent days, one of which I estimate there were some 100 birds. On both occasions the geese have remained out in the middle of the water and seem weary of observers. 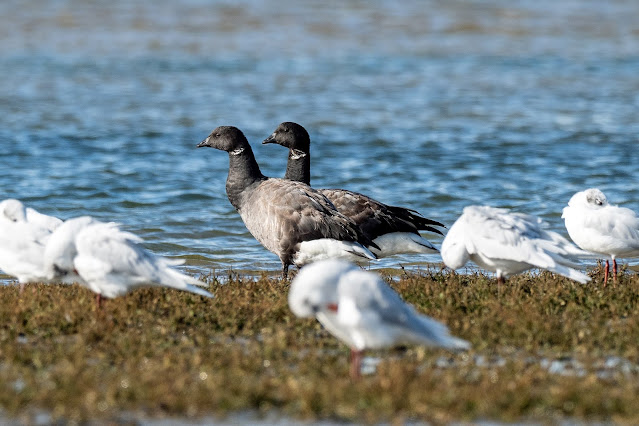 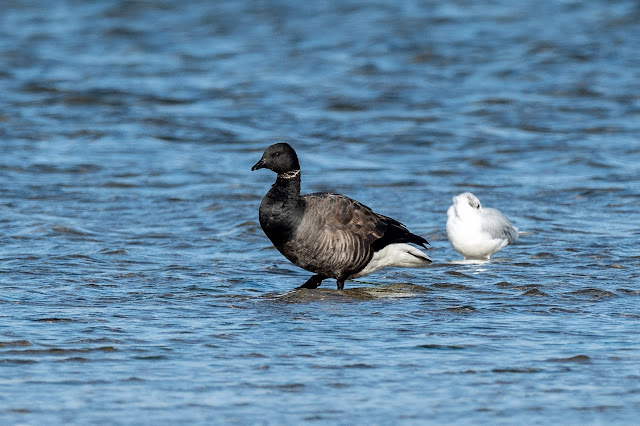 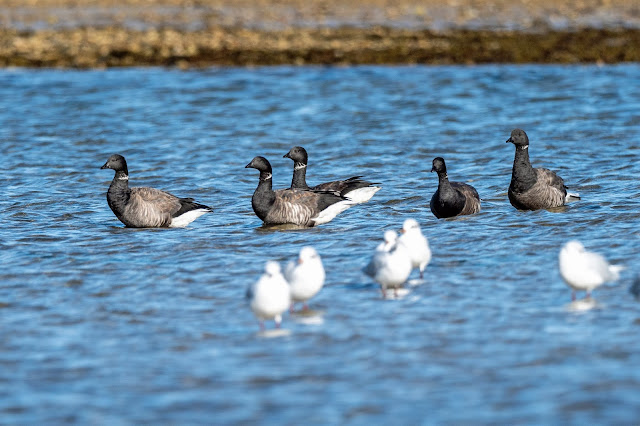 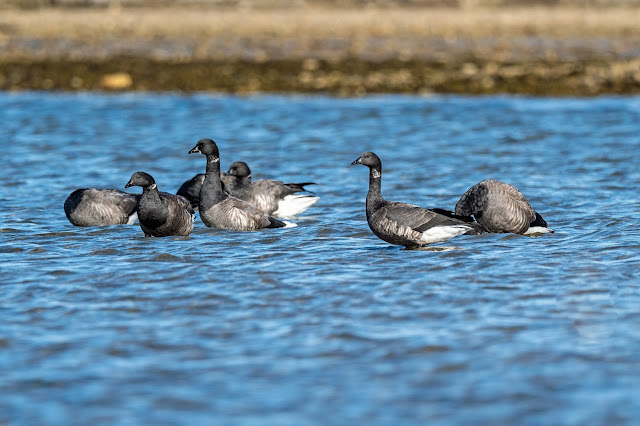